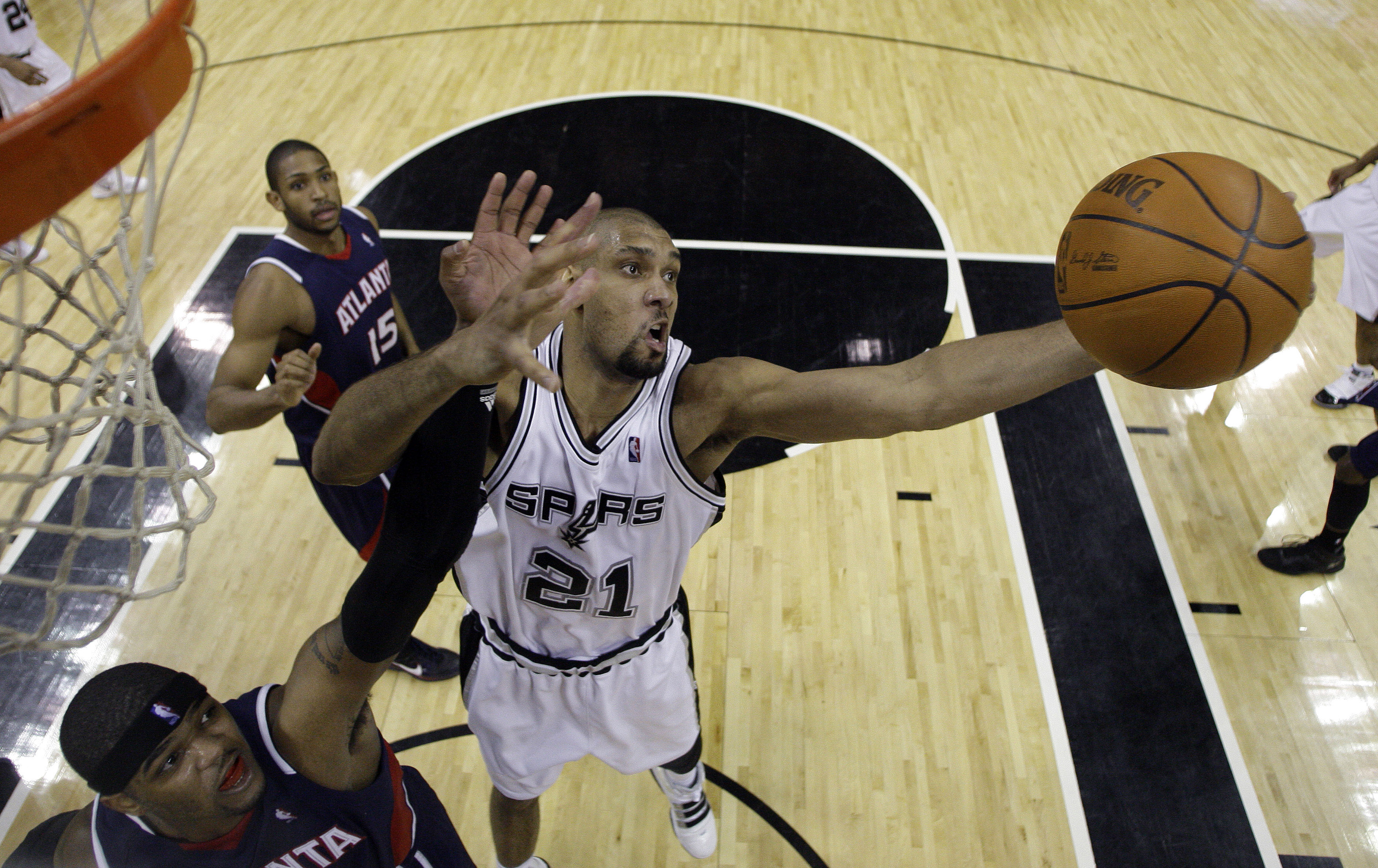 France's Tony Parker had a hard fall and had to leave Wednesday's NBA game against the Atlanta Hawks as the San Antonio guard sprained his left ankle.
Tim Duncan grabbed a career-high 27 rebounds and scored 21 points as the Spurs ended a three-game skid with a 105-90 win but the victory was tempered by Parker's injury.
Parker, who is the Spurs second leading scorer this season, fell on the baseline after a drive to the basket in the third quarter. He got up and hobbled off the court.
Television replays showed that Parker landed on is foot awkwardly.
The Spurs said X-rays were negative but Parker would not return to the game. San Antonio said they would determine Thursday how long the injury would keep Parker sidelined.
Parker missed several National Basketball Association games earlier this season after spraining his left ankle on November 6.
Parker is averaging 17.1 points for San Antonio.