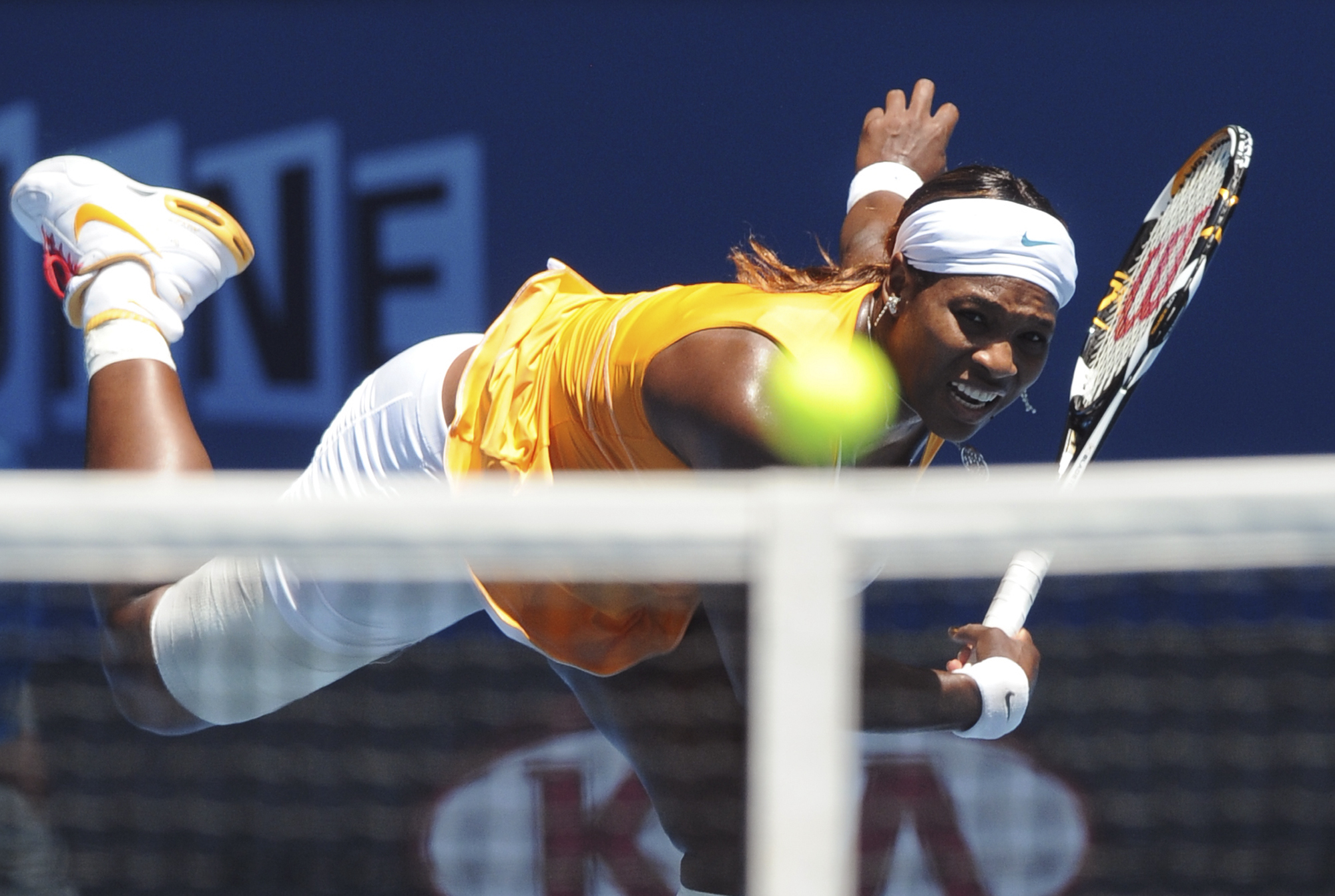 Top seed and defending champion Serena Williams reached the final of the Australian Open when she beat China's Li Na 7-6 (7/4), 7-6 (7/1) in a thrilling semi-final yesterday.
The American will now play either Belgian Justine Henin or China's Zheng Jie in Saturday's decider after seeing off a tenacious Li in just over two hours on Rod Laver Arena.
The 16th seeded Li played superbly and saved four match points before a delighted Williams clinched the semi-final with a booming ace.
"I had so many match points and I blew them," Williams said.
"I knew I had to hang in on my serve and close it out. She never gives up - she's an amazing fighter."
The world number one, who came back from the brink of defeat in a gruelling quarter-final against Victoria Azarenka, will be aiming to win her 12th Grand Slam title and her fifth Australian Open.
She is also hoping to become the first player to successfully defend her title since Jennifer Capriati in 2002
But Williams had to fight hard against a determined Li, who pushed her all the way in both sets and did not look overawed at making her first Grand Slam semi-final.
Li was helped by Williams' obvious fatigue after playing long doubles and singles matches in successive days.
Williams opened the match with a statement of intent, breaking Li's serve then holding her own to love and a whitewash looked on the cards.
However, Li settled quickly, held her next serve to love and the two women were never in any real trouble after that, although Williams looked increasingly sluggish as the match wore on.
Williams pressed hard at 5-3 to try and break and take the first set, but the Chinese saved one set point and held serve, forcing Williams to try and serve it out.
The top seed stumbled under the weight of Li's powerful groundstrokes and the Chinese player broke back to level things at 5-5 and take the set to a tiebreak.
Both women were still struggling with their serves - seven consecutive tiebreak points were won by the receiver - but Williams got a vital break and took the set in 58 minutes with a wide, swinging ace.
Games stayed on serve in the next set, then with Li serving at 4-5 Williams attacked and a nervous Li cracked, Williams bringing up three match points - her first break points of the set. A gutsy Li saved all three to stay in the set but on her next service game she let a 40-15 lead slip and Williams brought up her fourth match point.
Li saved that and took the set into a tiebreak.
By this stage Williams was fired up and launched herself into the tiebreak, opening up a 6-1 lead and winning the semi-final with her 12th ace of the match.