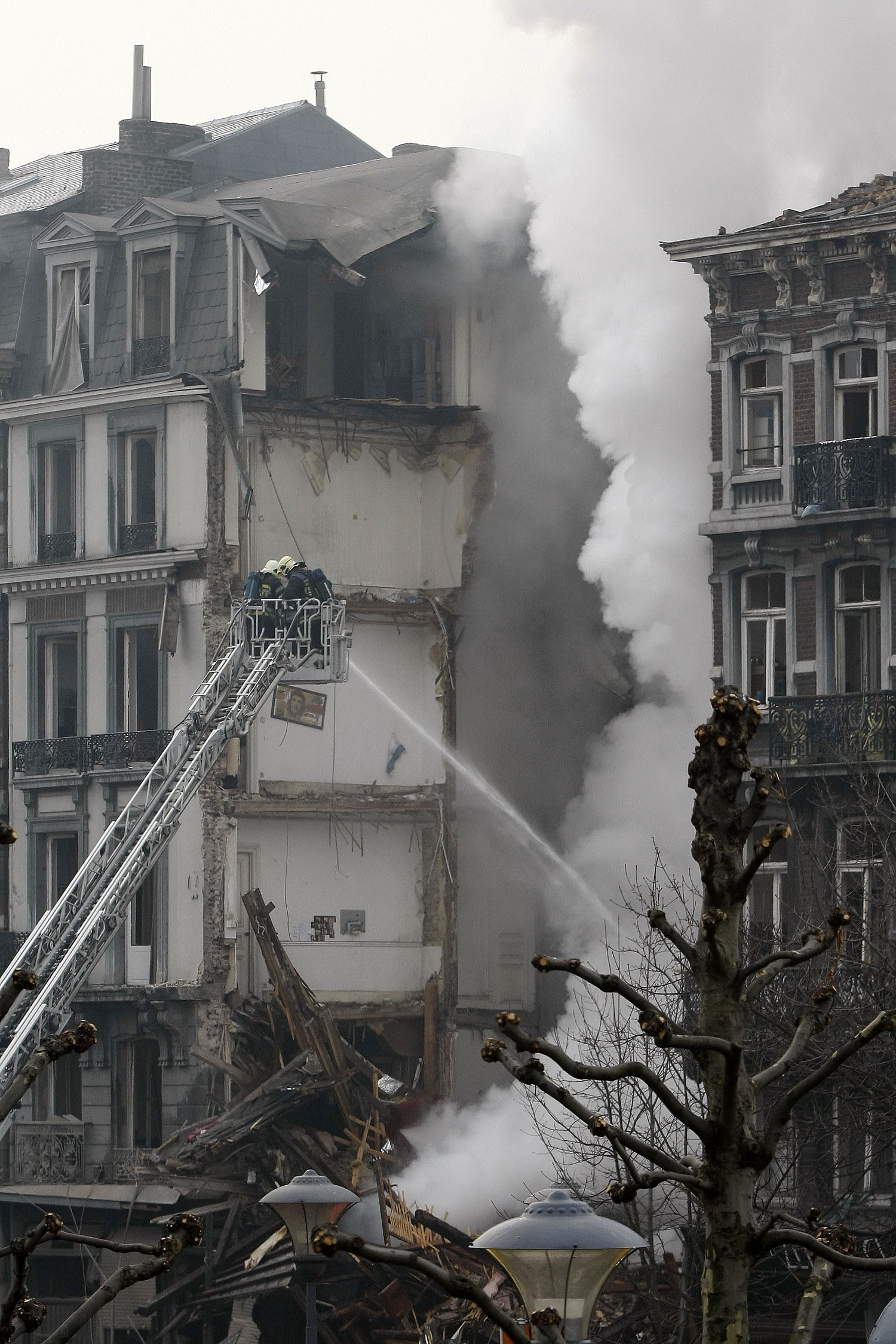 Officials say the death toll from the explosion and collapse of a crowded apartment building rose to nine overnight with two more bodies recovered from the rubble.
An apparent gas explosion gutted a five-story apartment building on Wednesday, also leaving 21 people injured, two of them seriously.
Police officer Alain De Paepe said the search for more bodies had to be interrupted early yesterday because of fears that adjacent buildings would collapse onto the debris from the century-old building, which is in a poor neighborhood that is home to many students and immigrants.