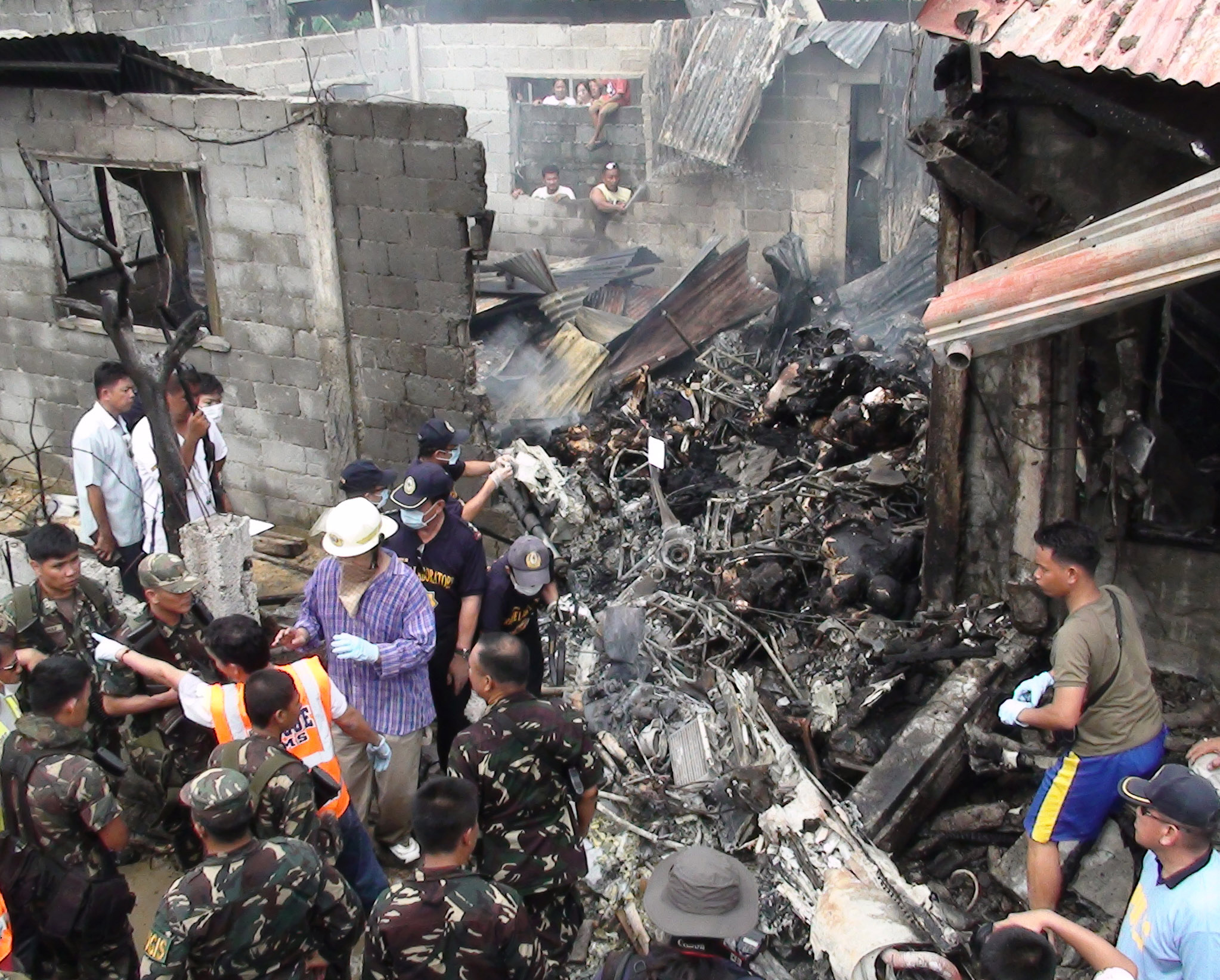 A decades-old military plane crashed yesterday into a residential area in the southern Philippines, killing a senior air force commander and seven other people aboard, officials said. Two people on the ground were injured.
The twin-prop Nomad aircraft crashed shortly after taking off from in Cotabato city and burst into flames, regional military commander Lt. Gen. Raymundo Ferrer said. It crashed into three houses which also caught fire.
The cause of the crash was not immediately clear.
The plane was acquired by the government from Australia in 1976. Three others still in service will be grounded pending results of an investigation, said air force spokesman Lt. Col. Gerardo Zamudio.
The pilot radioed soon after takeoff to say the plane had an emergency and was heading back when it crashed, Civil Aviation Authority deputy director Ed Kapunan told DZBB radio.
Television footage showed one charred body among the flaming debris as people tried to help firemen put out the blaze, some dousing the fire with garden hoses and pails of water.
Among those killed in the crash was Maj. Gen. Butch Lacson, the air force commander in the southern Philippines, Zamudio said.
The plane had stopped in Cotabato on its way from Davao city to the southern city of Zamboanga, Ferrer said.
One woman who was in one of three houses hit by the plane in Cotabato suffered head and body injuries, said national police spokesman Chief Superintendent Leonardo Espina.
Cotabato Mayor Muslimin Sema said one fireman also was injured.