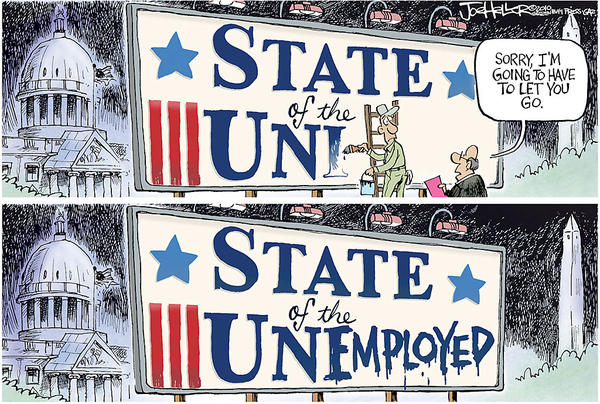 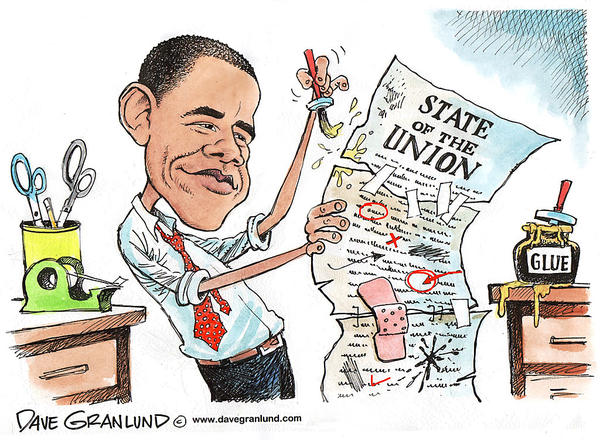 The clear-as-a-bell message from Wednesday night's State of the Union address is this: Job Number One for President Obama is job creation.
Absorbed as he has been by healthcare reform and other long-range priorities, the president has had to admit that he must now zero in on economic growth.
Yes, he had pledged private-market jobs since entering the White House a year ago. But he hasn't delivered much that's visible to the American people. Unemployment remains stuck above 10 percent - 2 points higher than he planned when he signed the US$787 billion stimulus package last spring. More than 15 million Americans remain out of work since the recession began in late 2007.
Opinion polls and a surprise Senate election result in Massachusetts have spoken loudly to a humbled president who has had to hit his reset button.
The massive federal spending for an economic recovery has mainly kept workers on the job in state and local governments. Twice last year, Congress rejected the one job-creating idea that Obama has championed since his 2008 presidential campaign: tax benefits for small businesses that hire new workers.
Just last month, the House passed a second stimulus package that was missing such a measure. Now with elections due in 10 months, the Senate is scrambling to design a business tax credit that will ensure quick job growth.
Obama wants enough of a tax credit to spur job growth at "more than one million small businesses." He also proposes diverting US$30 billion of money paid back by bailed-out banks toward community banks for loans to small businesses. And he urged Congress to give other tax benefits to business on capital gains and purchases of new equipment.
The tax-credit idea got a boost this month in a report by the nonpartisan Congressional Budget Office (CBO). It found that a payroll tax credit would create as much as 18 net full-time-equivalent jobs for every million dollars given in credits. But the CBO also recommended that such credits be available to all businesses, small or large, to be effective.
The problem with the business tax-benefit plan lies in the possibility of scams. Businesses might cheat in claiming they hired new workers. Another problem is that the credit may be for only one year or less, discouraging firms from hiring if there is a chance of economic slowdown into 2011.
Congress will need to impose safeguards against cheating and offer tax credits for the long term to ensure they create jobs. It must also judge whether the end of some of the Bush-era tax cuts in 2011 will dampen business investment later this year, jeopardizing growth.
Washington could also quickly open jobs for Americans by pressuring China to reduce its exports by ending its manipulation of its currency rate and by better law enforcement against illegal immigrants in the U.S.
Obama's long-term reforms of the economy - better education, clean energy, worker retraining - must still be on the agenda. But after a year in office, he must spend his political capital more wisely, focusing on immediate job creation. With six jobless workers for every job opening, the U.S. can't afford good intentions and lofty goals.
The president must push Congress to pass small-business tax credits within weeks.