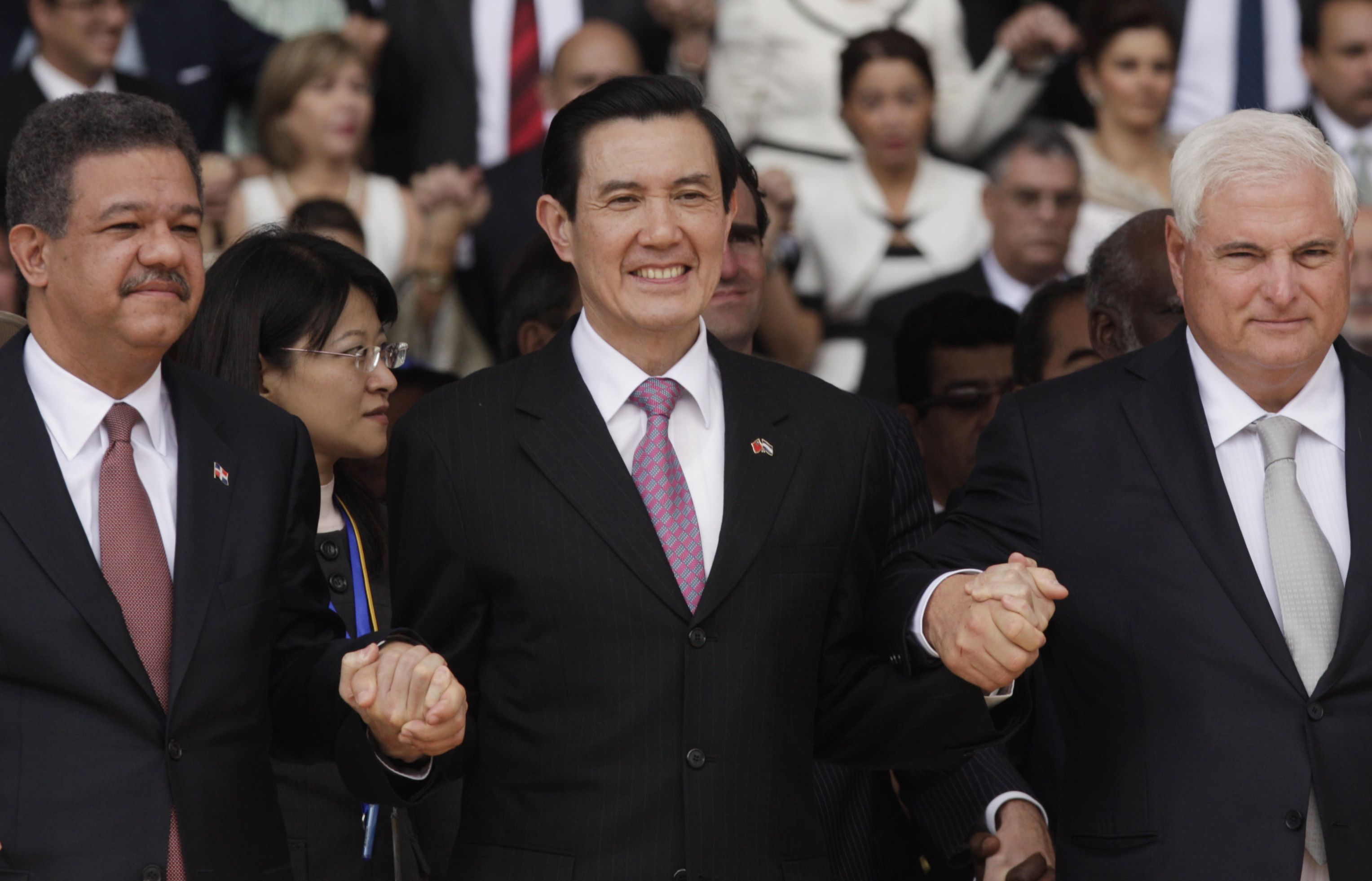 President Ma Ying-jeou endorsed the new Honduran government under National Party of Honduras President Porfinio "Pepe" Lobo as being "elected legally through democratic procedures" and was one of only three heads of state to attend Lobo's inaugural Wednesday.
Accompanied by an entourage of over 100 government officials, legislators, staff and journalists, Ma landed at the Palmerola Military Airport in a chartered China Airlines Boeing 747-400 at 6:30 a.m. Wednesday (8:30 p.m. Taipei time) morning after a five hour flight from the San Francisco International Airport.
Upon his arrival at the Palmerola Military Airport, President Ma issued a brief written statement in which he said he was "deeply honored" to attend the inaugural of Honduran presidential elect Porifino Lubo, who was elected to a single four year term in a general election Nov. 29.
The Nov. 29 election followed four five months after a military coup on June 28 which overthrew Liberal Party President Jose Manuel Zelaya and installed National Assembly Speaker Roberto Micheletti as an "interim president."
Intense domestic and international pressure finally compelled the conservative "interim" government to hold a new presidential poll, which was won by Lubo as the candidate of the conservative National Party of Honduras over the Liberal Party's Elvin Santos by a 56 percent to 38 percent margin.
Despite approval of the result by the United States, the legitimacy of the election remains widely questioned as less than half of 4.6 million eligible voters cast ballots and because much of the campaign took place under the shadow of a degree by the interim government which curtailed civil liberties.
In his arrival statement, the Taiwan president related that he had visited Honduras in August 2000 when he was still Taipei City mayor and felt "deeply honored" to arrive again in Honduras as the president of the Republic of China to participate in the inaugural ceremony of the new Honduran president.
"As a country which defends freedom and democracy, the ROC expresses admiration for the peaceful process and result of the Honduran general election and is willing to continue to bolster our close cooperative relations with the government of Honduras," the president stated.
Ma also reaffirmed that Taipei "will do all that it can to provide necessary the development experience and necessary assistance for Honduras's path of national development and allow the two countries become strategic partners."
The Taiwan president was one of only three heads of state to attend the inaugural, which took place under the theme of "a government of all the nation," at the Estudio Nacional (National Stadium) in the capital's western sector, whose seats were filled with enthusiastic PNH supporters.
Ma sat together with Dominican Republic President Leonal Fernandez on his right and Panamanian President Ricardo Martinelli on his left in the center of the white colored presidium.
During the wait before the ceremony began, Ma warmly greeted former Salvadoran president Antonio Saca and engaged in animated conversation with the Panamanian president.
Several other countries were represented by foreign ministers, such as Costa Rica, Colombia and Guatemala, or lower ranking officials, such as the United States, whose envoy was Assistant Secretary of State for Western Hemispheric Affairs Arturo Valenzuela.
The two and a half hour long inaugural ceremony, which effectively began an hour late at 11 am, combined a strong presence of the Roman Catholic faith, through an extended "interpretation" of a chorus of "Love and Faith," and a prominent military presence.
The latter aspect was manifested through the presence of hundreds of troops standing in sections composed of various services, including an honor guard attired in mid-19th century uniforms, two sets of 21 gun tributes and four low overflights of a flight of four Honduran Air Force jet fighters and ringing renditions of the Honduran national anthem.