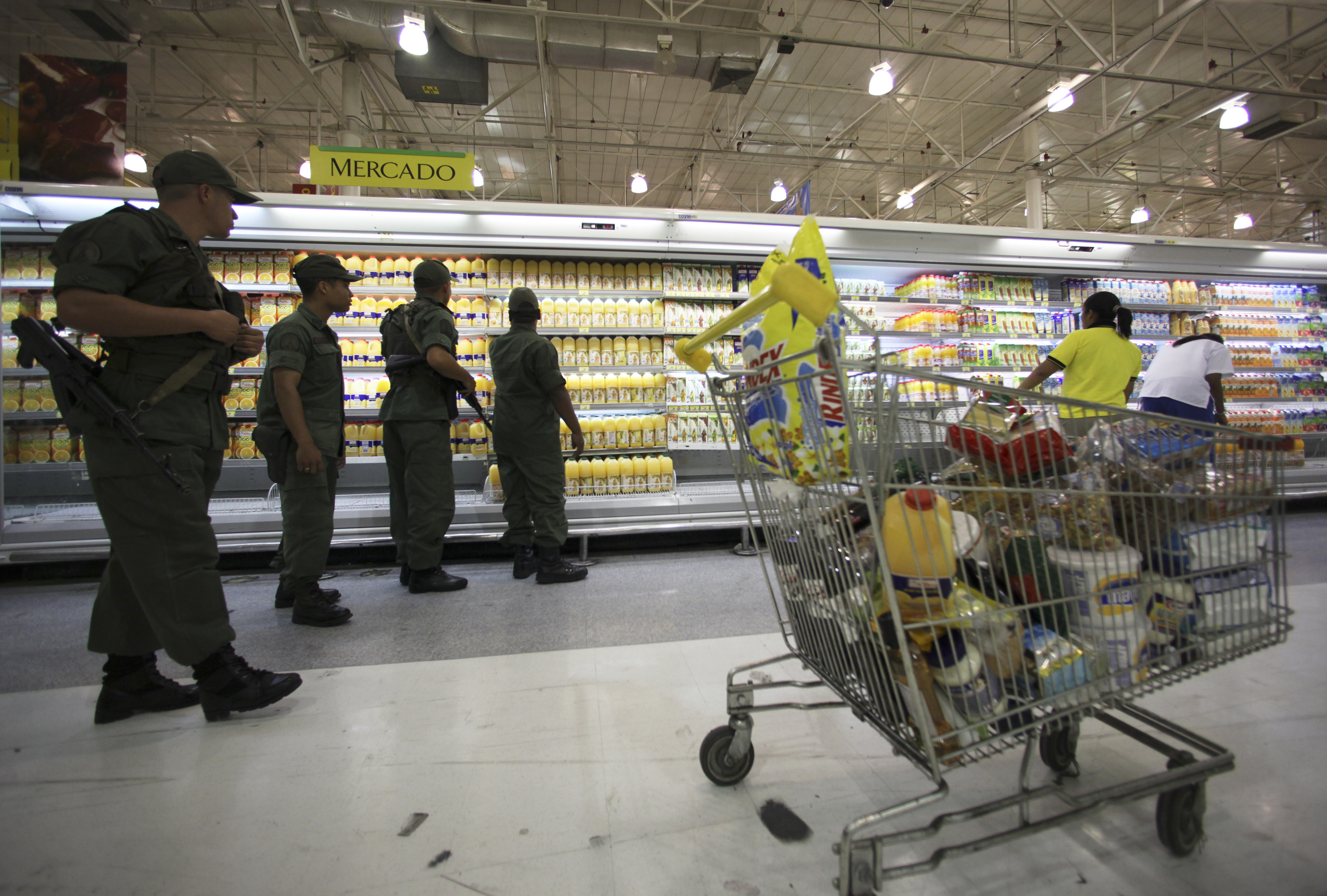 The Venezuelan military on Monday shuttered 70 firms, including a European-backed supermarket, apparently fulfilling a pledge to close businesses that raise prices after a massive currency devaluation.
The government of leftist President Hugo Chavez asked the National Guard to close the stores for alleged "irregularities," state-run news agency ABN said.
A Caracas branch of French-backed supermarket Exito, was earlier closed for 24 hours for alleged price gouging.
The news came as Venezuelans rushed to empty supermarket shelves of televisions, refrigerators in anticipation that prices would soar for imported items.
On Friday, Chavez announced the bolivar would now trade at 4.30 to the dollar for "non-essential" goods - double the present rate, and a rate of 2.60 bolivars against the dollar for basic goods.
The firebrand leader warned Sunday that any price speculation by shopkeepers would trigger business seizures, and called on the National Guard to help people fight price hikes.
"To those gentlemen, let's call them looters of the people. If they want to, go ahead and do it, but we'll take their business and hand it over to the workers," Chavez said on his weekly radio and television talk show "Alo Presidente."
ABN said food, car parts and other businesses were closed on Monday "for changing the price of products and for speculation."
Yet consumers remained anxious.
"We have sold three times as much as normal," said the owner of an appliance shop in Caracas, as panicky buyers formed long lines outside stores.
One shopper, a systems analyst who asked not to be named, said the devaluation prompted him to buy a television he had been eyeing for months.
"Pretty soon, they are all going to cost twice as much, but I am not going to be earning twice as much," he said.
Fellow shopper Rosaura Martinez echoed similar concerns. "Really, I am not sure whether the price is going to go up not, but just in case, I came down here to get my oven," she said.
The bolivar devaluation was the first since 2005, and was designed in part to bolster public finances that have withered amid dwindling oil revenues and a rapidly contracting economy.
Critics said the move would allow Chavez to boost public spending ahead of elections in September, but would severely damage the health of the economy.
The measures will see the government net twice as much for each dollar of oil revenue, and will move the bolivar closer to its rate on the black market of around six bolivars per dollar.
International investors hailed the devaluation as long overdue, but warned it would do little to stem the decline of Venezuela's once booming economy, unless steps are made to boost investor confidence.
"The new devaluation will not correct the problem long-term, since the government refuses to take steps to stimulate private investment, continuing its interventionist policy," said Moody's ratings agency.