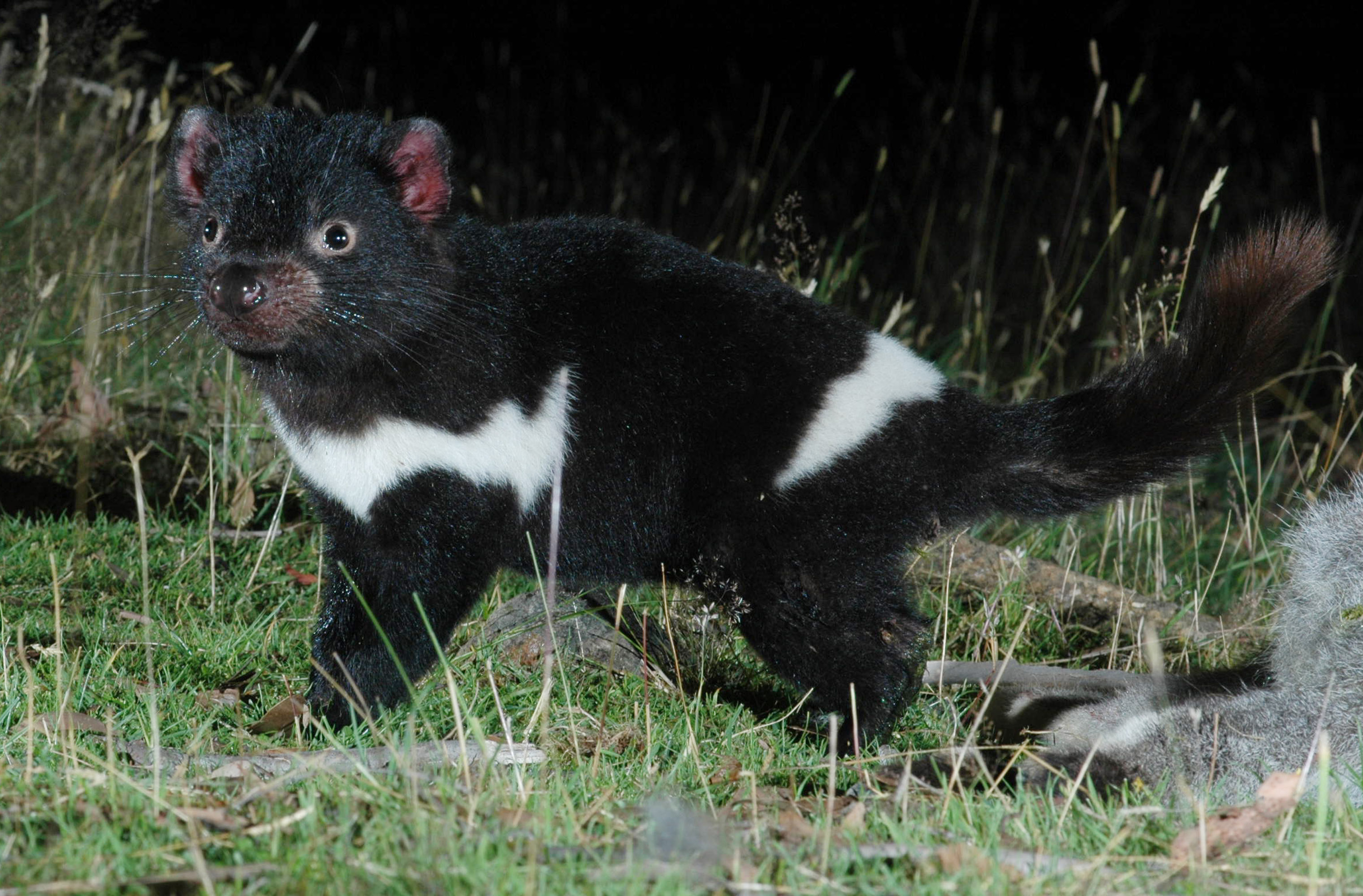 Australian researchers have cracked the genetic origin of the deadly cancer that is threatening to wipe out Tasmanian devils, raising hopes yesterday that the animal's future is safe.
Australian National University scientists said they have unlocked the genetic "fingerprint" of the contagious cancer which starves the dark, furry marsupial to death by disfiguring its face so badly it cannot eat.
"It's a uniquely horrible cancer, and it is critical to know about it at the genetic level," Professor Jenny Graves said.
"It has wiped out around 60 percent of the world's devils and is likely to lead to their extinction in the wild within 30 to 50 years."
The scientists made the discovery by comparing the genes active in both healthy and sick Tasmanian devils, an animal now found only on the southern Australian island from which it derives its name.
They found that the origin of the cancer was a tumour of a type of cell that normally wraps itself around nerves to insulate them.
The development offers hope that the disease, which causes a painful death, can be more easily identified at earlier stages.
"We realised the tumour profile was fairly unusual and included genes that made some strange proteins," Graves said.
"The good news is that one of the active proteins is easy to detect and it will give us the chance to diagnose the cancer early, which is important for setting up cancer-free 'insurance populations'.
"It also allows us to study the way the cancer changes over a long period, which potentially offers new insights for all cancer research."
The finding reveals that the tumour arose from one cell in one animal probably less than 20 years ago but has been spread throughout the Tasmanian devil population by biting.
Since it was first reported in 1996, the cancer has spread quickly through the wild population of the Tasmanian devil, the world's largest surviving marsupial carnivore.
The animal, named by early European settlers for its spine-chilling screeches, dark appearance and reputed bad temper, is now endangered.