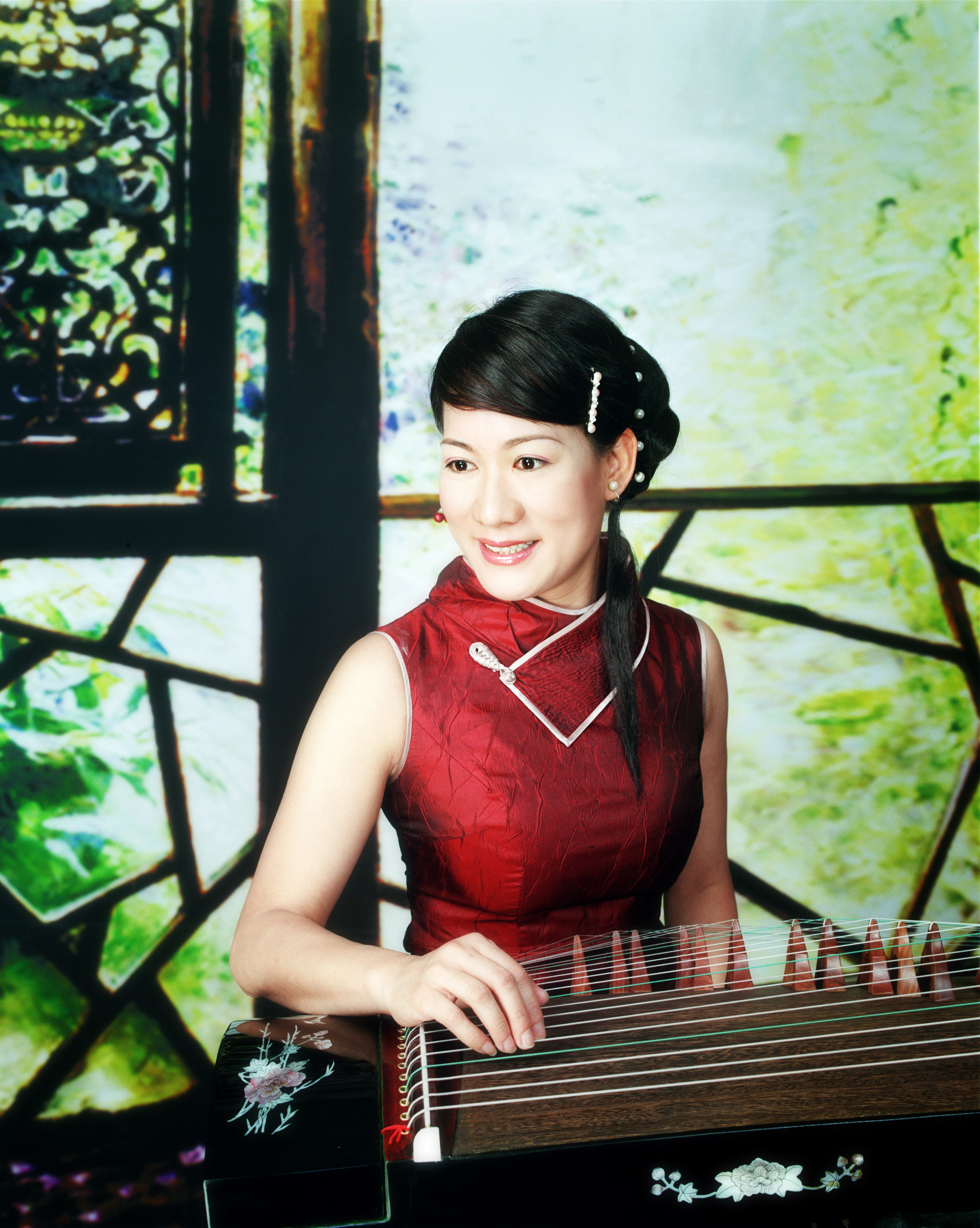 Chiffon Fu'存 upcoming "2010 Taipei Gu-Zheng Concert" will involve Gu-Zheng solos as well as duets with various Eastern and Western musical instruments such as ErHu, Sung, Jung-Ruan, Cello, and Flute.
Chiffon was mentored by famous Guzheng (Chinese zither) masters such as professors Tei-Don Wei, etc. She was the recipient of a grand champion of the pre-stigious Taiwan National Gu-Zheng Compe-tition in 1990, and has conducted her first Gu-Zheng solo in Tau-Yuan city in 1993.
Chiffon then immigrated to the United State in 1995, and has continued her concert performance as well as teaching of Gu-Zheng. Chiffon has dedi-cated her life to the promotion and preservation of one of the most treasured Chinese music arts and to ensuring that the beautiful melody will continue to flourish for generations. In 1999, Chiffon held "The Love of Gu-Zheng"?concert in San Francisco. The State Governor, Gray Davis, awarded her "The most beautiful music that has ever been brought to California", and has set September 23rd as "California's Fu Hsu-Fang Day"? In 2002, Chiffon held a concert in New York with The Manalapan Battleground Symphony.
During 2003-2009, Chiffon held numerous concerts across concert halls in the San Francisco Bay Area such as Flint Center in Cupertino, Santa Clara Convention Center Theater in Santa Clara and Smithwick Theater in Los Altos Hills, etc.
This upcoming January 3rd concert can be considered as a comeback concert to her homeland after her seventeen-year de-parture. Thus, she has spent countless time in preparing for this event. She has invited well-known Guzheng master, professor Tei-Don Wei, to take the MC role; a well-known Erhu master, Mr. Zi-How Feng, to play two melodies jointly. Other famous players include Ms Hui-Chi Hsu (Guzheng), Ms Ya-Ling Hong (Guzheng), Ms Hui-Jin Chen (Sung), and Ms Lun Tsai (Cello).