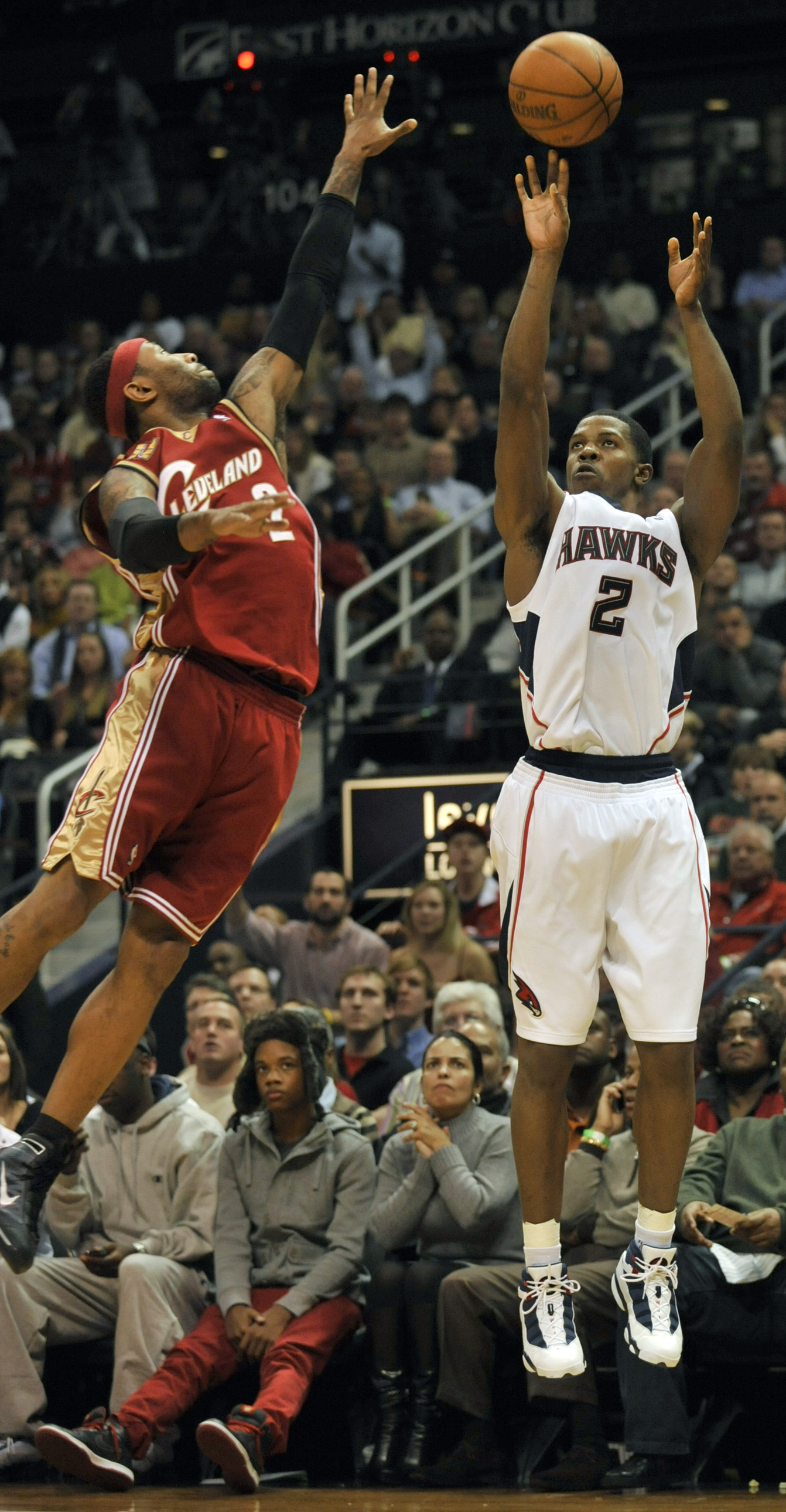 Cleveland held Atlanta scoreless for nearly nine minutes in the fourth quarter Tuesday en route to a 95-84 NBA victory over the team they swept in last year's playoffs.
Mo Williams led Cleveland with 20 points as the Cavaliers returned in triumph to the arena where they completed their four-game sweep of the Hawks in last season's second playoff round.
Delonte West had 17 points and Zydrunas Ilgauskas came off the bench to score 15 for the Cavaliers.
Cavs star LeBron James had 14 points, 10 assists and five steals, making just six of his 20 shots from the field.
The Cavaliers have held three straight opponents to less than 90 points.
"That's what we do," James said. "It's an ongoing thing. Defensively, we lock down in the fourth quarter. That's where games are won. That's where games are decided."
The crowd of 20,150 was a Philips Arena regular-season record, and Atlanta fans saw the Hawks keep things close through the third period. But things went awry for the hosts in the final quarter, when they were outscored 20-10.
Cleveland led 75-74 entering the fourth quarter, and had built an 85-74 lead before Josh Smith finally ended the Atlanta scoring drought that lasted 8min 48sec.
"We just had a lid on the bucket," Smith said. "They weren't doing anything special defensively. ... We had shots we normally make and kept missing them."
Tension mounted on the Atlanta bench, with Hawks coach Mike Woodson called for a technical foul after complaining about a foul call against Smith.
With 4:40 to play, Woodson looked to the scorer's table and asked, "Have we scored this period?"
"I don't know how to even begin to explain it," Woodson said. "We didn't execute. We threw the ball all over the place."
The teams play again Wednesday night in Cleveland.
"We have to go to Cleveland and see what we're made of," Woodson said.