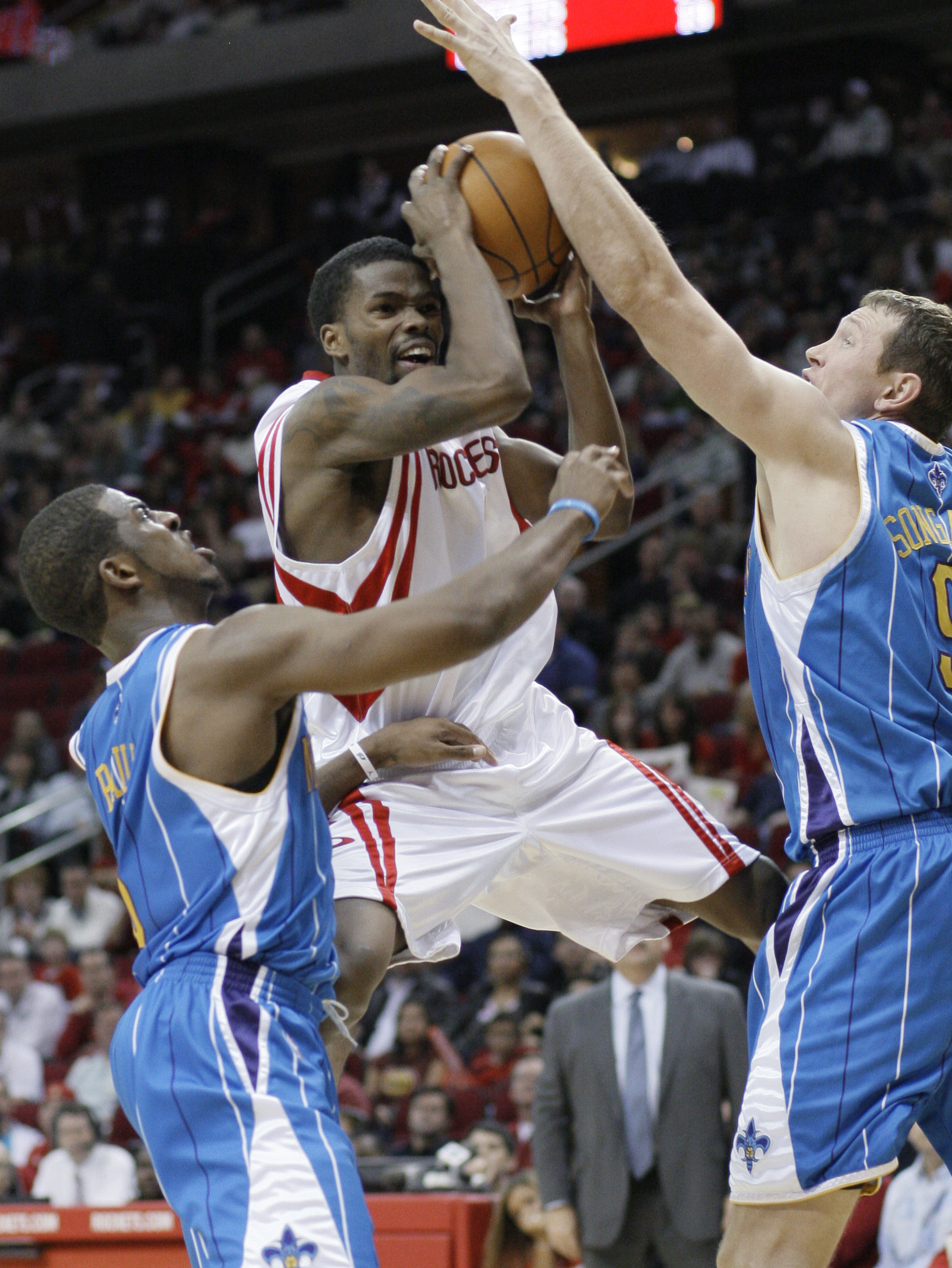 Aaron Brooks scored 27 points and Luis Scola added 13 with 12 rebounds Tuesday as Houston overcame outstanding showings from Chris Paul and David West to beat New Orleans 108-100 in a National Basketball Association contest.
Paul had 16 points, 11 rebounds and 10 assists for his 11th career triple-double and first this season.
West had 44 points and 12 rebounds, but it wasn't enough to stop the Hornets from falling to 2-13 on the road this season.
Shane Battier scored 20 points and Carl Landry added 18 off the bench for the Rockets, who went 12 for 23 from three-point range. West helped the Hornets rally to take the lead after Houston led by 10 at halftime.
West scored 22 points in the third quarter on 7-for-10 shooting. Scola poked him in the eye with 3:45 left, but West returned after a timeout and scored eight more points as New Orleans took an 82-74 lead.
But with West on the bench to start of the fourth quarter, the Rockets edged ahead 87-86, and after he returned they still were able to build the lead to 96-86.