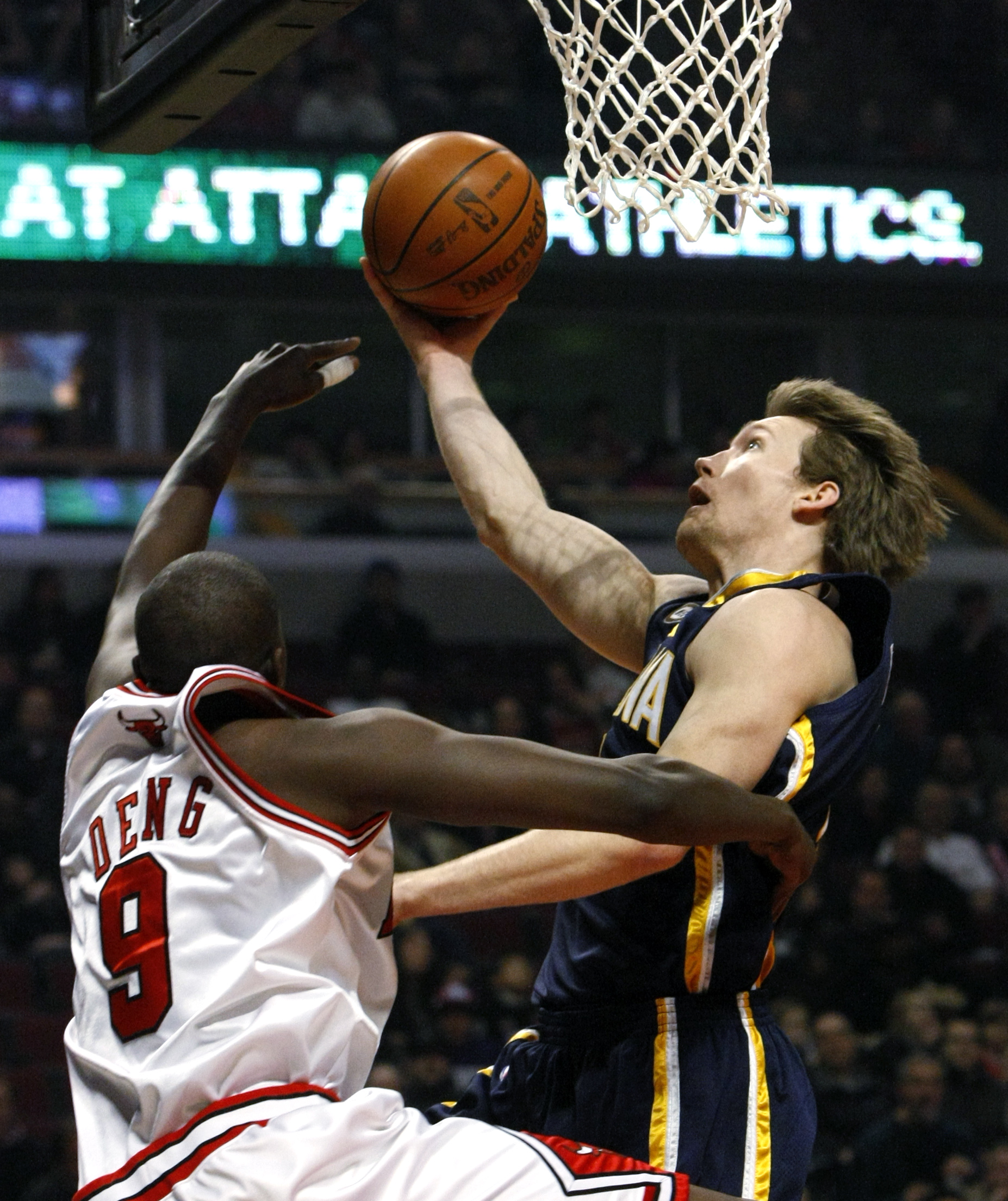 Derrick Rose scored 28 points and the Chicago Bulls blew an early 19-point lead before recovering in the second half to beat the Indiana Pacers 104-95.
Chicago's second straight home victory could take some heat off coach Vinny Del Negro, whose job status has been the subject of much speculation after Chicago's disappointing start (now 12-17).
The Pacers, meanwhile, lost their seventh straight. Coach Jim O'Brien got a vote of confidence earlier in the week from team president Larry Bird.
Rose had 18 of his points in the second half. John Salmons added 17 for the Bulls.
Roy Hibbert scored 17 for Indiana, which is without injured star Danny Granger. The Pacers also played part of the third quarter and all of the fourth without second leading scorer Troy Murphy, who limped off with a sprained left ankle.
Mike Dunleavy hit back-to-back 3-pointers midway through the third as the Pacers got within a point. And when he tried for another from long range, he was fouled by Chicago's Taj Gibson behind the line and then made three straight free throws as the Pacers took their first lead of the game.
But after Murphy went to the locker room with Indiana ahead 72-71, the Bulls ran off 10 straight points as Salmons and Luol Deng connected on 3-pointers. That put Chicago up nine, and the Bulls extended the lead back to 13 with a quarter remaining. Salmons had 12 points in the decisive quarter.
Chicago went up 15 early in the fourth and withstood a last surge by the Pacers that cut it to nine.
Deng and Kirk Hinrich scored 10 each in the first quarter and the Bulls made 10 of their first 14 shots to jump out to a big lead early. The Pacers missed 12 of their first 17 shots.
The Bulls pushed the advantage to 34-15 at the end of the period when Brad Miller sank a jumper with about five seconds to go.
Josh McRoberts, averaging 1.5 points a game, had a spectacular dunk on an alley-oop pass and also hit a 3-pointer, sparking a 23-8 run that helped the Pacers trim the lead to four late in the half.
Notes: Murphy left with 5:57 to go in the third quarter. He managed only five points, nine under his average. ... Pacers rookie Tyler Hansbrough was unable to play because of an inner ear infection. ... Solomon Jones got his first start of the season for Indiana and had 13 points. ... Chicago's Tyrus Thomas, in his second game back after missing 22 with a fractured left radius, had 15 rebounds and got the crowd on its feet with back-to-back blocked shots in the fourth quarter.