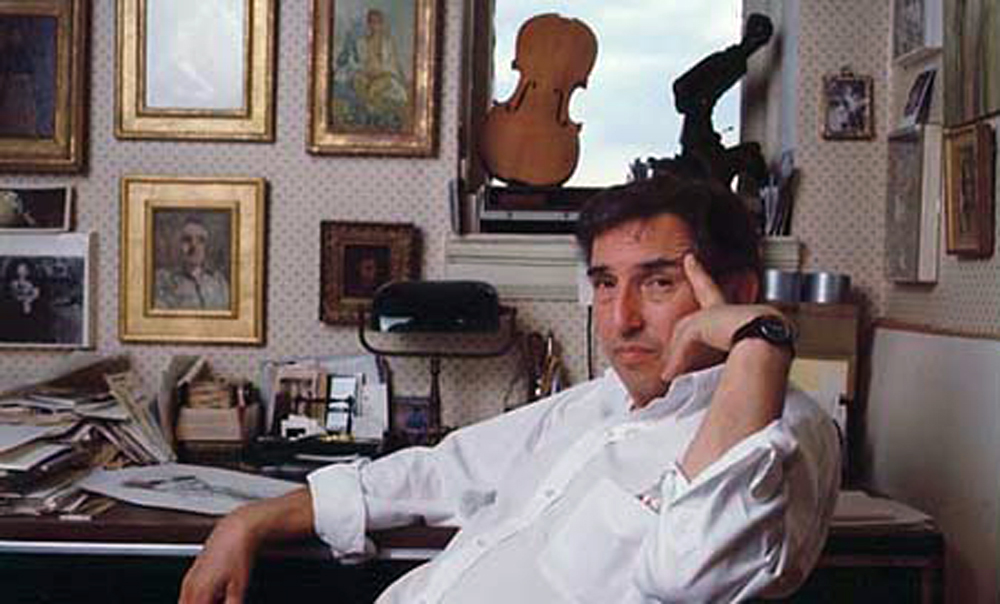 David Levine, an artist whose witty caricatures illustrated The New York Review of Books for more than 40 years, has died. He was 83.
Levine died Tuesday at New York Presbyterian Hospital in Manhattan of prostate cancer and complications from other ailments. His death was confirmed by Robert Silvers, editor of The New York Review, who called Levine "the greatest caricaturist of his time."
Levine's drawings of politicians, celebrities, writers and historical figures typically had large heads and exaggerated features - Albert Einstein with a nimbus of hair, Richard Nixon all 5 o'clock shadow and ski-slope nose. In one well-known image from 1966, President Lyndon B. Johnson pulls up his shirt to reveal a gallbladder-operation scar shaped like the map of Vietnam.
The drawings defined the look of The New York Review, which sold them on calendars and T-shirts. From a few months after it began publishing in 1963 until he was diagnosed with the eye disease macular degeneration in 2006, Levine contributed more than 3,800 drawings to the Review, which has continued to illustrate its articles with old Levine drawings. Levine's work also appeared in Esquire, The New York Times, The Washington Post, Rolling Stone, Sports Illustrated and The New Yorker, among other publications. Silvers said Levine would read the article he was illustrating with great attention and then "a drawing would emerge." Levine also exhibited paintings, many depicting New York scenes such as Coney Island.
His work is in the permanent collections of the Metropolitan Museum of Art, the Library of Congress and England's National Portrait Gallery, among other institutions.
John Updike, who was drawn several times by Levine, once called the artist "one of America's assets. In a confusing time, he bears witness. In a shoddy time, he does good work."
Levine was born in Brooklyn in 1926 and studied at the Brooklyn Museum of Art School, the Pratt Institute, Temple University's Tyler School of Art and the Eighth Street School of New York.
He is survived by his wife, Kathy Hayes; two children from a previous marriage, Matthew, of Westport, Conn., and Eve, of Manhattan; two stepchildren, Nancy Rommelmann, of Portland, Ore., and Christopher Rommelmann, of Brooklyn; a grandson; and a stepgranddaughter.