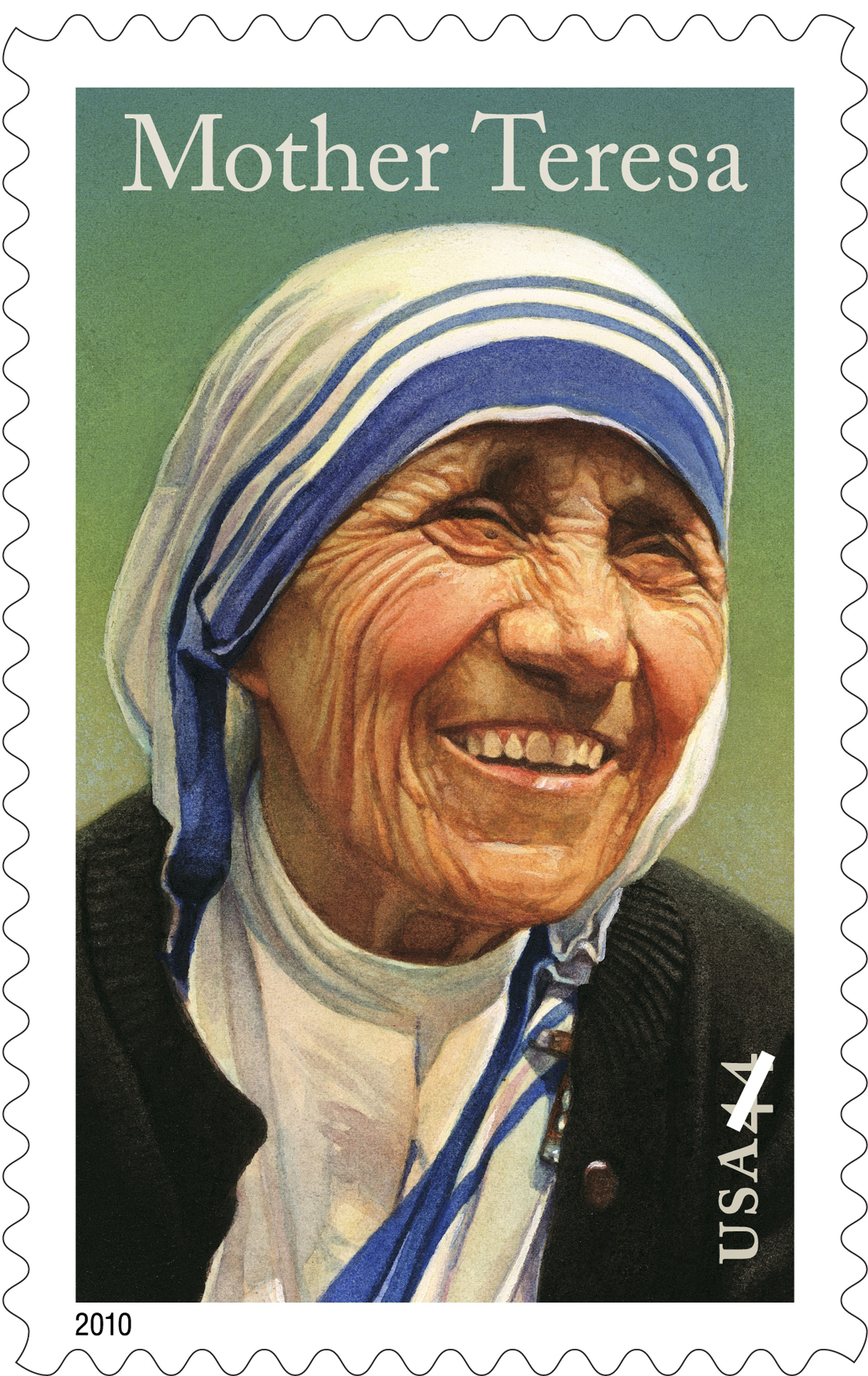 Nobel Prize winner Mother Teresa and OScar-winning actress Katharine Hepburn will be honored on U.S. postage stamps next year.
Joining them will be singing cowboy Gene Autry, artist Winslow Homer and Adm. Arleigh Burke.
Other new stamps will honor the Negro baseball leagues and the Hawaiian rain forest, the Postal Service announced yesterday.
The U.S. post office releases a series of commemorative stamps every year, honoring people, places and institutions. These stamps remain on sale for a limited period and are widely collected.
The 2010 new stamp program includes:
n Mother Teresa, the Catholic nun who devoted her life to the sick and poor of India, was honored with the Nobel Peace Prize in 1979. A stamp in her honor will go on sale on her birthday, Aug. 26.
n Katharine Hepburn won four Oscars during her long screen career, which included 40 movies opposite such stars as Cary Grant, Humphrey Bogart and Spencer Tracy. Her independent personality set her apart from others in Hollywood.
n Singing cowboy and, later, baseball executive Gene Autry will be part of a four-stamp set honoring cowboys of the silver screen. Joining him are William S. Hart, Tom Mix and Roy Rogers.
n In June, stamps will be released honoring Negro Leagues baseball, which operated from 1920 to about 1960, drawing some of the most remarkable athletes ever to play the sport.
There are also artist Winslow Homer, the Vancouver 2010 Olympic Winter Games, El Pueblo Historic Monument in Los Angeles, the Mackinac Bridge in Michigan, and others. The new Express Mail stamp will feature the Bixby Creek Bridge in California. Abstract Expressionist art will be featured on a stamp containing elements from Barnett Newman's 1952 "Achilles."