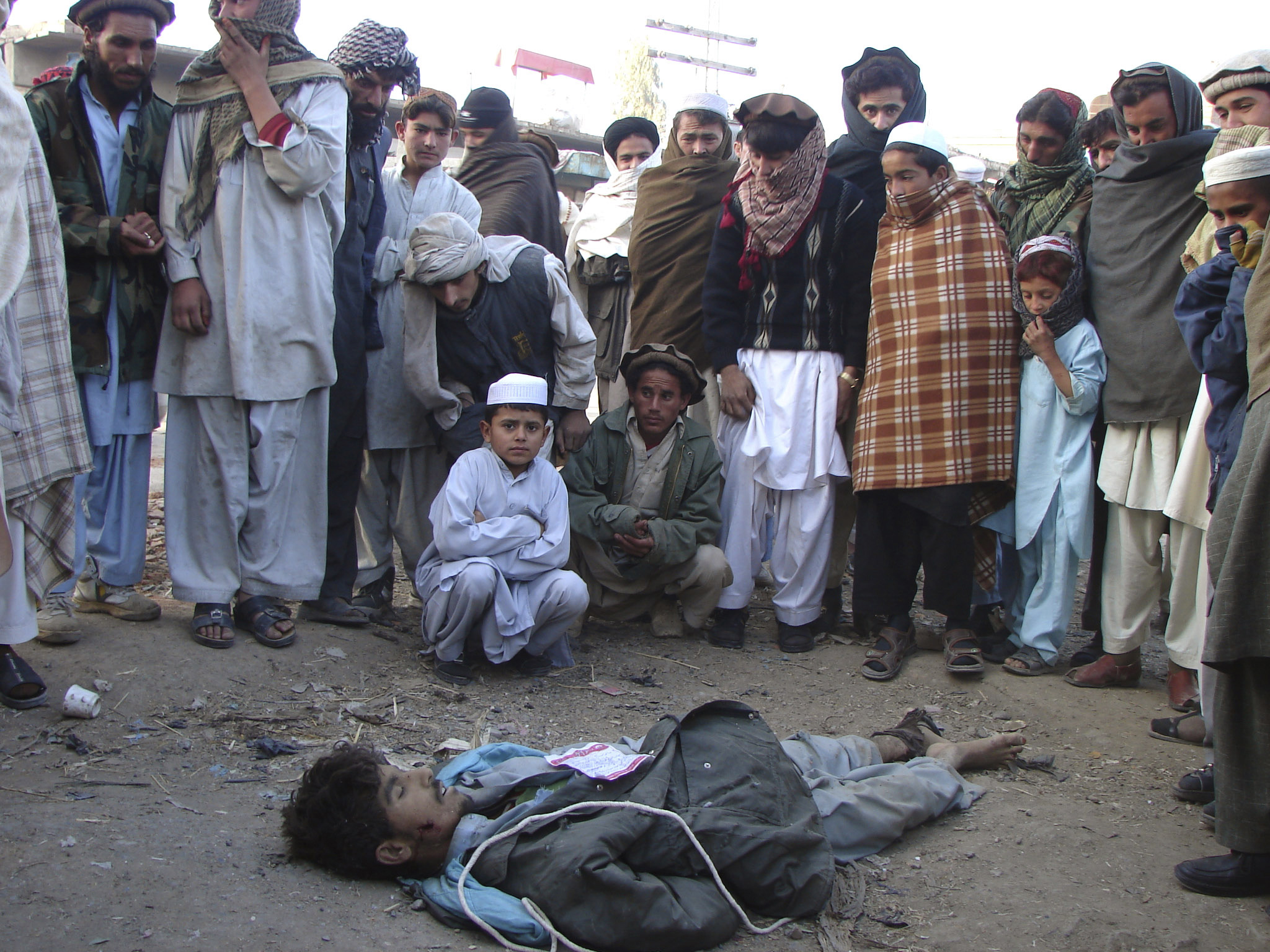 The head of a presidential delegation investigating the deaths of 10 people in a village in eastern Afghanistan said yesterday the team has concluded that civilians - including schoolchildren - were killed in an attack by foreign troops last weekend, denying NATO reports that insurgents were the victims.
Asadullah Wafa, a senior adviser to President Hamid Karzai, told The Associated Press by telephone that among the victims discovered in a village house in the Narang district of Kunar province were eight schoolchildren between the ages of 12 and 14.
A NATO official said initial reports from troops involved in the fighting on Sunday indicated that the victims were insurgents - all young males. Civilian deaths are one of the most sensitive issues for foreign troops in Afghanistan, especially now when some additional 37,000 U.S. and NATO troops are being deployed to the war-ravaged country. Several hundred Afghans in neighboring Nangarhar province demonstrated yesterday to protest the deaths.
Although far more civilians are killed by the Taliban, those blamed on international forces spark the widespread resentment and undermine the fight against the militants.
Col. Wayne Shanks, spokesman for NATO's International Security Assistance Force in Afghanistan, said at a news conference yesterday that that allegations were being investigated together with Afghan authorities.
He said the force takes all such allegations seriously and goes to great lengths to avoid civilian casualties.