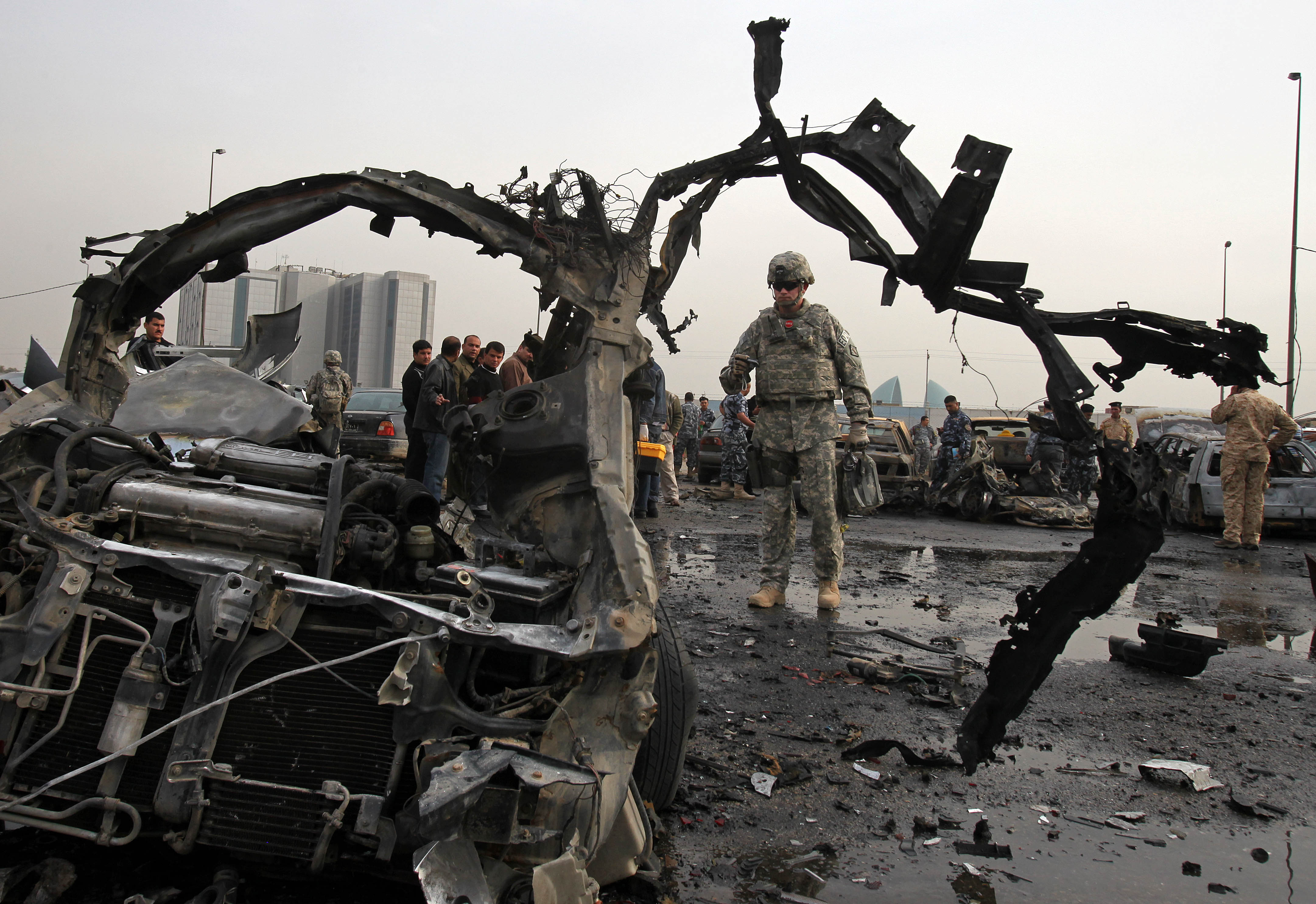 Staggered explosions killed 23 people - 13 of them policemen - and injured the governor of Anbar yesterday, Iraqi officials said, the worst violence in months to hit the western province as it struggles to stamp out the remnants of the al-Qaeda insurgency.
Anbar is strategically important because it was once the heartland of support for al-Qaeda linked militants before American officials paid Iraqi fighters to join a pro-government force. The governor is the most senior Sunni leader to be attacked since then.
Police official Lt. Col. Imad al-Fahdawi said two bombs exploded in Anbar's capital of Ramadi, 115km west of Baghdad. He says a suicide bomber in a car caused the first blast near a checkpoint on the main road near the provincial administration buildings.
Gov. Qassim al-Fahdawi, the deputy police chief and other officials came to inspect the damage, the police official said, when a suicide bomber on foot detonated a vest full of explosives nearby.
The deputy police chief was killed and the governor and other officials wounded, al-Fahdawi said. Police have put a curfew in place, he added.
Another police official said the provincial police commander was wounded. The police official spoke on condition of anonymity because he was not authorized to speak to the media.
"For the last three month, Anbar has not seen any incident, whether blasts or sabotage. The province has been witnessing a considerable period of security during which investment and reconstruction opportunities have arisen," a spokesman for the governor, Mohammed Fathi, told Al-Arabiyah news channel. "This violence is done by those who want to hamper rebuilding in Anbar."
Dr. Ahmed Abid Mohammed said 23 people had been killed and 57 injured. He said the governor had suffered burns on his face, injuries to his abdomen and other areas.
American forces were helping evacuate casualties, establish security and forensic investigation, said military spokesman Lt. Col. Curtis Hill.
There are 18 provincial governors in Iraq. Anbar is primarily Sunni, the same sect of Islam as former dictator Saddam Hussein. The province was the former stronghold of the insurgency before the U.S. military began paying fighters to participate in the pro-government Sons of Iraq program, also known as the Awakening Council.
The Sons of Iraq are widely credited with stabilizing the country after joining up with U.S. and Iraqi forces in the anti-al-Qaeda drive about three years ago. But they have been hit by a steady barrage of revenge attacks since then and five of them were killed at a checkpoint Tuesday in central Iraq.
The Sunni fighters have expressed fears that they will be sidelined by the mainly Shiite government after the American forces leave. Shiites are the majority in Iraq, and insurgents have repeatedly bombed Shiite religious processions in an effort to re-ignite the sectarian violence that dragged Iraq to the brink of civil war two years ago.