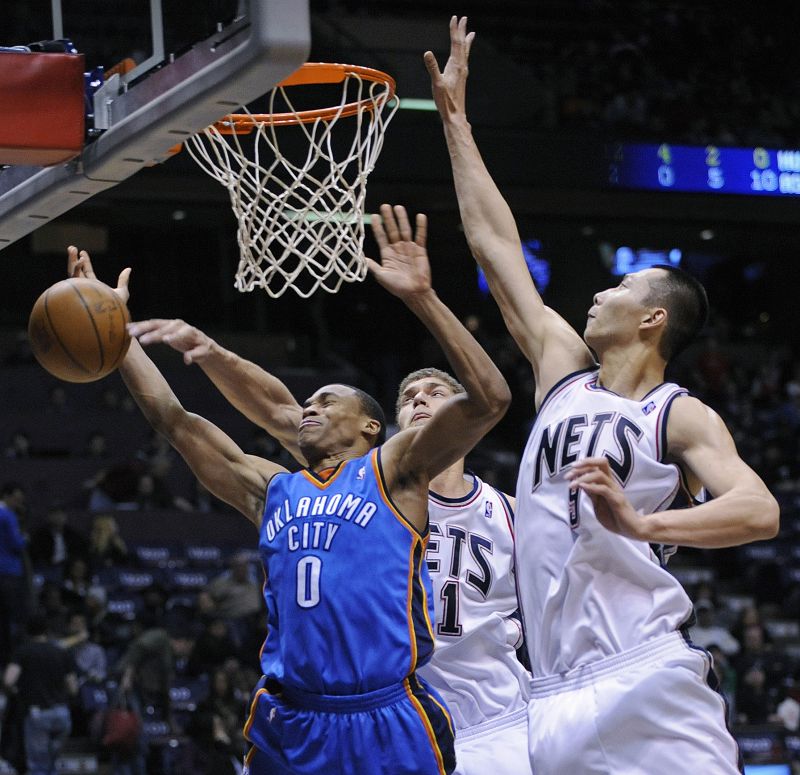 Yi Jianlian matched his NBA career high with 29 points, but it wasn't enough to prevent the New Jersey Nets from stumbling to their 10th straight defeat on Monday.
The latest setback came courtesy of the Oklahoma City Thunder, who were led by the 40 points of Kevin Durant in a 105-89 victory.
Former Net Nenad Krstic added 19 points and Russell Westbrook had 16 points and 10 assists for Oklahoma City, who won a season-high third straight game.
The Nets, meanwhile, now have their second double-digit losing streak of the season, after setting an unwelcome NBA record with 18 straight defeats to open their campaign.
Nick Collison came off the bench to score 11 points with 10 rebounds for the Thunder, who held New Jersey to 17 points in the final 17 minutes.
"I was so pleased with the how we played in the fourth quarter," said Durant, who made 15 of 22 shots. "No matter if I got 40 or not, we played so hard in the fourth and limited their touches, limited them to one shot and out and we got some easy baskets. That was a great effort in the fourth."
The Thunder led most of the game, but the Nets scored nine straight points midway through the third quarter and took a 72-70 lead on a 3-pointer by Courtney Lee.