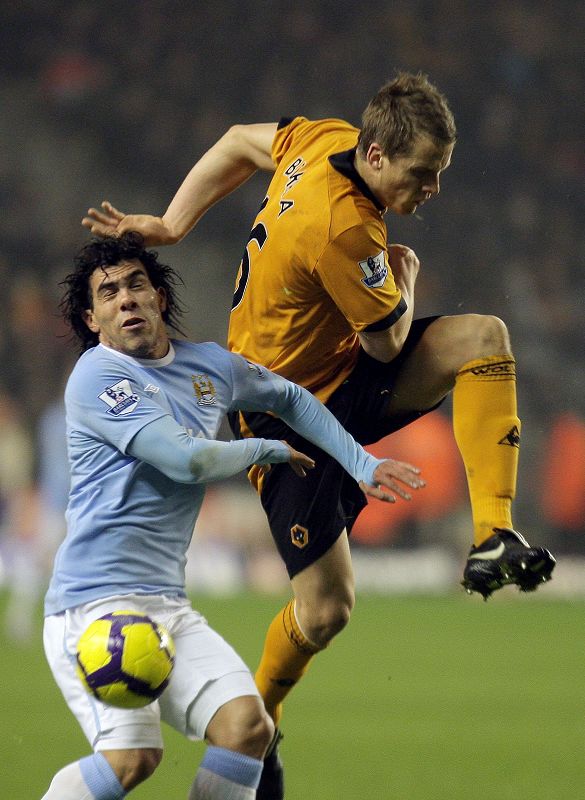 New Manchester City manager Roberto Mancini insisted his team could yet emerge as English Premier League title contenders after a 3-0 win away to Wolverhampton Wanderers.
Carlos Tevez scored twice and Javier Garrido struck a brilliant, if controversial, free-kick as City won Monday's match here at Molineux in style to move to within 10 points of current leaders Chelsea.
The win also preserved their perfect record under former Inter Milan boss Mancini after the Italian began his City career by overseeing Saturday's 2-0 home win against Stoke.
Mancini was brought in after City's big-spending billionaire Abu Dhabi-based owner Sheikh Mansour risked alienating the club's fans by sacking previous manager Mark Hughes, even though the side have lost just twice in the league so far this season - a statistic no other English top-flight team can match.
Their new manager appeared to have set his sights on getting into the top four this season and making sure Champions League football came to Eastlands next term, when the club might then challenge for the English title.
Bur after this result Mancini, who has yet to see City concede a goal on his watch, said all things were possible although he stressed talk of a title tilt was still some way off.
"Now is not the time to look at our league position," Mancini told reporters. "We will just play one game at a time and then we will look at the table in two months.
"Can we win the league? All is realistic. We have another 18 games to go, so all is possible because we have a good team."