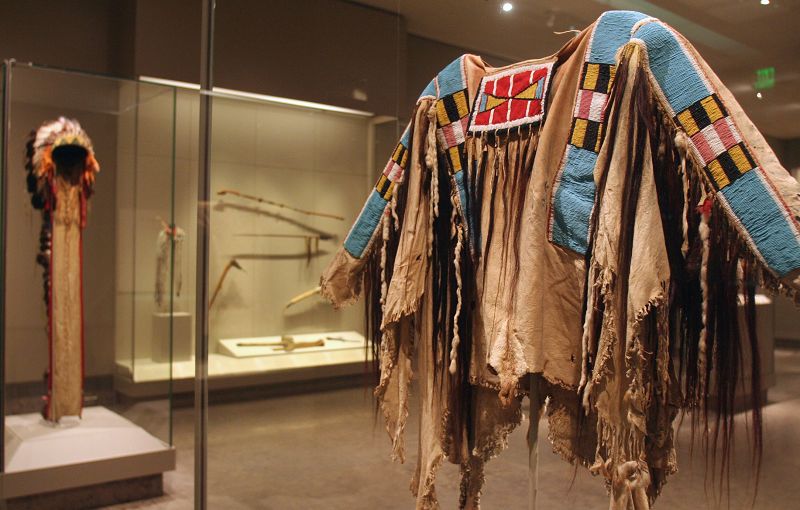 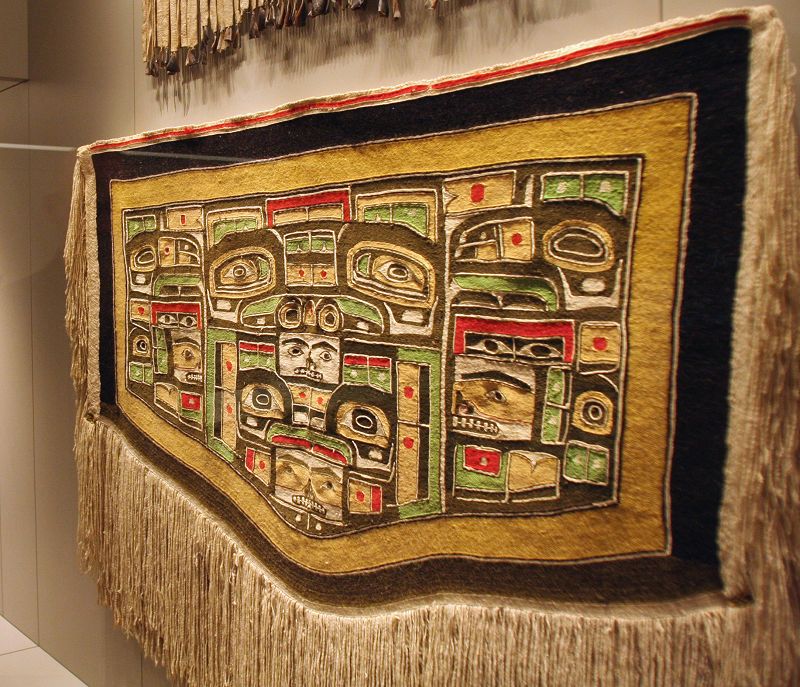 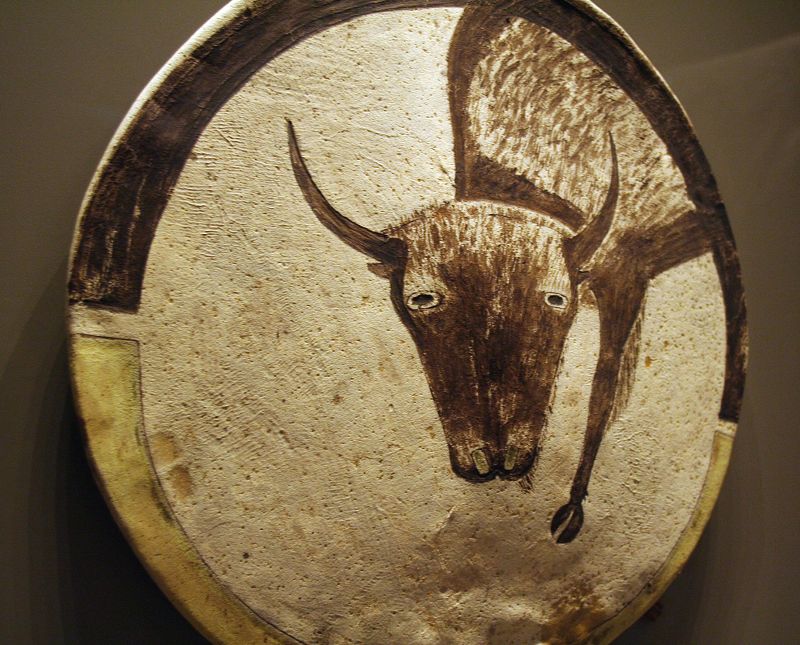 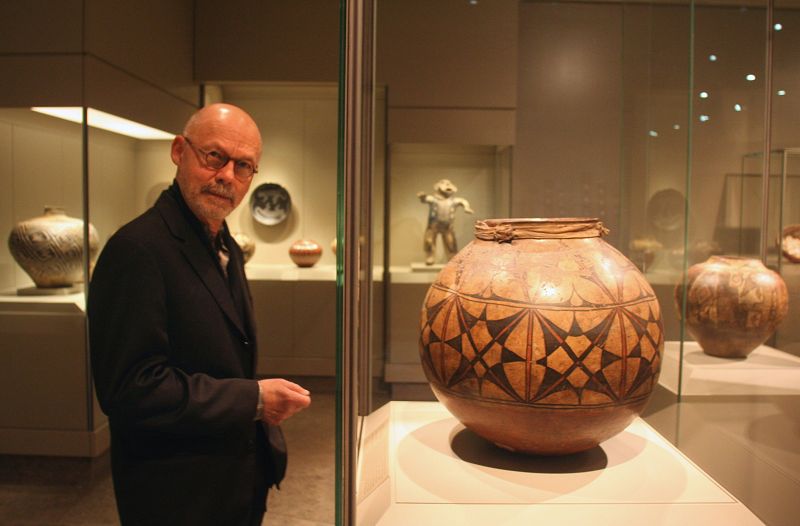 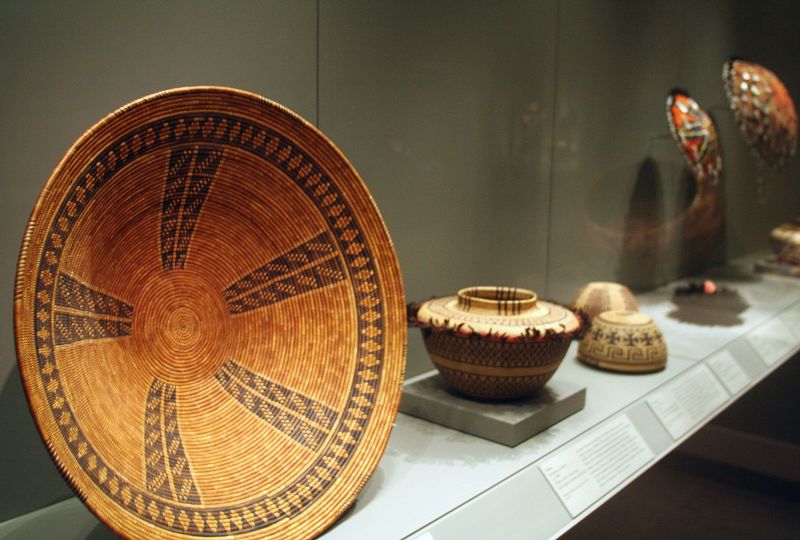 Director Marc Wilson of the Nelson-Atkins Museum of Art summed up the new American Indian galleries in a simple sentence: "We've made a bold statement in terms of real estate and in terms of money."
Real estate, as in gallery space, is precious in a museum. The Nelson added its Bloch Building in 2007, moving its modern and contemporary collection into the new location and freeing space in the original 1933 building.
The old Native American collection had been housed in 1,500 square feet of space, tucked into a corner of the third floor. Initial plans were to relocate the collection to a gallery about twice that size. That was ultimately expanded to a suite of three galleries with 6,100 square feet, which opened in November. The galleries are on the same floor as the reinstalled Galleries of American Art, not in the basement or some out-of-the-way corner.
The statement was, indeed, bold: American Indian art no longer is consigned to the "primitive" or "tribal" galleries, with dusty dioramas of mannequins dressed in headdresses and beadwork that may, or may not, have been from the correct tribe. The art of the first peoples is on the same level, literally, as the great art of America.
"It's about the aesthetic sensibilities and how each culture developed a method to express it," Wilson said. "When you examine it, you'll see this art is exceedingly hot."
The new American Indian galleries thrust the Nelson into the forefront of all museums that exhibit such art, not only because of the prime real estate and US$8 million spent on architectural design, dramatic lighting and Italian casework. The galleries also are exceptional for the quality of the 205 works on display, several of them masterpieces of their genres.
For the job of finding and selecting each treasure, Wilson turned to Gaylord Torrence, who was a professor at Drake University when he was hired in 2002, first as a consultant and then as founding curator of the Department of American Indian Art. An author and respected authority in the field, Torrence's job was to sort through, and build, the museum's uneven collection.
"If I couldn't find an object that I felt was great in stature, I simply didn't acquire anything," he said. "I wasn't out trying to buy types of objects, I was trying to acquire the greatest objects of their kinds.
"Any Native American object has historical, cultural and aesthetic qualities that have to be considered. But in an art museum, aesthetics is the most important aspect of those three."
Since its opening in 1933, the Nelson has bought a stake in Native American art. The museum made purchases from the Fred Harvey Co., which had buyers searching the Southwest for great pottery, baskets and weavings, and from George Gustav Heye, whose collection became the core of the National Museum of the American Indian in Washington.
Ralph Coe, a director of the Nelson, organized the "Sacred Circles" exhibition that opened in London in 1976, then moved to the museum in Kansas City the next year. Coe had combed through the great collections of the world to assemble an encyclopedic display of Native American art, with an accompanying catalog, that remains a defining statement in the field.
Coe also gave the Nelson another gift, his friendship with Donald D. "Casey" Jones, a Kansas City newspaper editor who left his Indian collection and his wealth to the museum.
The bequest moved Wilson, the museum director, to hand Torrence the task of incorporating the donation into the museum's collection with an eye on filling in the remaining weak spots. Many of the purchases for the new galleries were made from the Donald J. Jones Fund for American Indian Art.
This fall, a final task in Torrence's mission to round out the collection ended with a gift from Morton and Estelle Sosland. Long-time museum patrons, the couple gave 34 works of art from the Pacific Northwest Coast, including several of the masterpieces now on display in the new galleries. The gift transformed the collection's weakest area into one of its strongest.
In explaining the gift, Morton Sosland pointed out the secondary status many museums give to Native American art. "At the Nelson-Atkins, American Indian art is given prominence in greatly expanded space and by striking presentations that leave no question as to its eminence," Sosland wrote in an article for the museum's magazine. Of the 205 pieces in the new galleries, about 50 are from the original collection, 15 are from the Donald Jones collection, 25 are on loan from regional institutions and collections, and the rest were acquired by Torrence through purchases and gifts.
One of Torrence's premier finds came as he perused old catalogs of the museum's collection. He was in the process of attempting to acquire a first-phase chief's blanket, among the earliest of Navajo weavings. Simply, yet superbly, striped and believed to number about 50 in existence, a fine first phase goes for about US$500,000 in today's auctions.
The first phase had been among the Fred Harvey purchases, as were several monumental pots and baskets. Also already in the collection, but yet to be displayed, was a fetish necklace by Zuni master carver Leekya Deyuse with 600 birds and animals fashioned from coral, shell, turquoise and jet. "It will drop you to the floor," Torrence predicted.