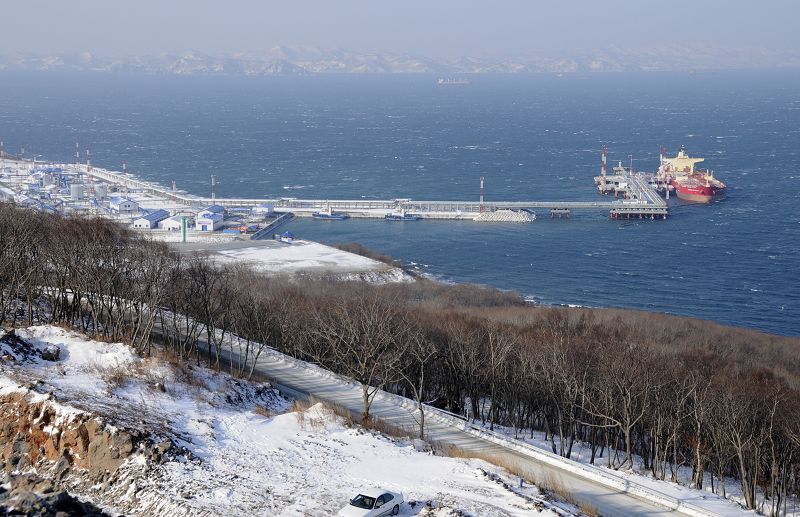 The European Union urged Russia and Ukraine Monday to ensure steady oil supplies to Europe, confirming that Moscow had triggered an "early warning mechanism" for possible disruptions.
The EU's executive arm, the European Commission, said the system aimed to solve problems before supplies are hit, with the Czech Republic, Slovakia and Hungary likely to suffer if the dispute dragged on.
"The Commission can confirm that the Russian government has triggered the Early Warning Mechanism to warn the EU about a possible oil supply disruption," a statement said.
"This is because the Russian and the Ukrainian oil transport companies are in disagreement about the transit conditions for oil transit through Ukraine," it said.
All 27 EU nations had been informed about the problem, it added. "This early warning system aims to solve issues before supplies are affected. In this spirit, the commission calls on the Russian and the Ukrainian companies to ensure uninterrupted oil supply to the EU."
Brussels, which underlined that the oil row was not linked to a natural gas dispute that is festering and threatens to erupt as it did a year ago, said any EU states likely to be affected "have sufficient stocks for several weeks."
"There is no current threat to supplies to households or to businesses," it said, adding that a meeting of the EU's oil supply group would be held in the next few days.
Earlier Monday, Slovakia said that Russia had warned it might halt oil supplies through Ukraine over the price dispute.
A spokesman for Ukraine's state oil pipeline operator Ukrtransnafta told AFP that Ukraine wanted to modify the current contract under which it transits Russian oil shipments to Europe.
Sources suggest Kiev might be seeking to raise transit prices for one pipeline by 30 percent.
Slovak Prime Minister Robert Fico said Ukraine was asking for higher fees for oil transit from Russia, and that talks between Moscow and Kiev were "very complicated."
"The risk that oil supplies may be suspended as of Jan. 1 if no agreement is reached has increased remarkably," Fico said. But he said a stoppage would do little as Slovakia has "oil and oil products for a period longer than 94 days."
In the Czech Republic, meanwhile, Deputy Industry Minister Tomas Huener said his country's reserves of oil and related products would also last more than 90 days.
"We also have alternative routes," Huener told Radio Cesko, notably the IKL pipeline which brings Caspian, Middle Eastern and North African oil from the Italian port of Trieste.
In January 2009, Russia halted gas supplies transiting through Ukraine over a price dispute for several days, leaving swathes of the EU without heating amid a severe winter.