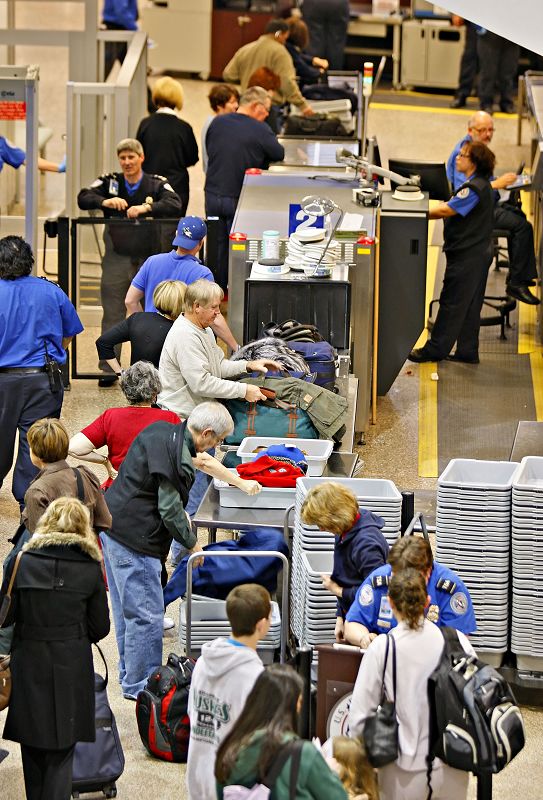 The botched attack on an Amsterdam-Detroit flight is expected to have a limited impact on global air traffic, but the need for tighter security measures caps an already difficult year for the airline industry.
Air travelers were facing stringent new security restrictions following the failed bombing of the U.S.-bound aircraft last Friday that was claimed Monday by Al-Qaeda in a statement picked up by U.S. monitors.
"Traffic is only affected by tragedies or war," Richard Aboulafia, an analyst with Teal Group Corp., told reporter.
"Smaller incidents like these seldom have an impact, although a security overreaction could lead to even greater dissatisfaction among travelers, which helps weaken long-term traffic growth," he said.
Oliver Fainsilber, a consultant with Oliver Wyman, agreed.
He said the incident alone "will not have a lasting impact on traffic" unless "if two or three similar cases occurred in the weeks to come which refutes the idea of an isolated act."
Al-Qaeda's Arabian peninsula franchise acknowledged in a posting on the Internet that a "technical fault" had caused the failure of the plot against the Northwest Airlines flight, said a U.S. monitoring group, SITE Intelligence.
The statement, which was accompanied by a picture of suspected would-be bomber Umar Farouk Abdulmutallab, boasted the "Nigerian brother" had broken all security barriers for his operation.
Steve Lott, a spokesman for the International Air Transport Association (IATA), said Monday that "it's a bit early" to measure the full impact of the failed aircraft bombing on traffic as tickets for the year-end holiday season were reserved much earlier.
"It's the hassle factor we're watching mostly - what's the effect of the hassle factor for travelers and for airlines," he said, noting flight delays of up to three hours in the United States resulting from some of the new security procedures.
"In the very short term, we understand the need for emergency security measures... We'd hope the authorities would adjust the procedures depending on the risks," Lott said.
For example, he said, a 100 percent check on passengers and bags in some flights could be eased if the situation warranted.
The IATA is a global group serving the airline industry with some 230 airlines as members representing 93 percent of scheduled international air traffic. It has developed commercial standards for the industry.
Fainsilber, the consultant, said additional security measures could create delays in the beginning but "there will be new efficiencies, and soon enough the system will improve."
Since Al-Qaeda's suicide attacks with hijacked airliners on New York and Washington in September 2001 and an attempted "shoe-bombing" on a flight a few months later, air transportation security has been increasing.
As air traffic gradually recovered after the September attacks, the industry was dealt a further blow as the global economy plunged into a recession following a financial crisis, dampening demand.
According to the International Civil Aviation Organization (ICAO), preliminary figures released this month show scheduled passenger traffic on airlines of ICAO member states declined some 3.1 percent in 2009 compared with a year earlier.
The decline was the largest on record for the industry and reflected the one percent drop in world gross domestic product for the year, the first contraction since the Great Depression, the ICAO said.
The U.S. Travel Association urged the government to boost spending on security measures.
"The travel industry is estimated to have lost nearly 450,000 American jobs during 2008-2009 and the American economy has lost in excess of US$100 billion in traveler spending during the post-9/11 decline in overseas visitation to the United States," the association said in a statement.
"We call on Congress to allocate undesignated stimulus U.S. dollars to the immediate deployment of screening techniques that strengthen security, balance privacy and improve traveler facilitation," Roger Dow, the group's president and chief executive, said.