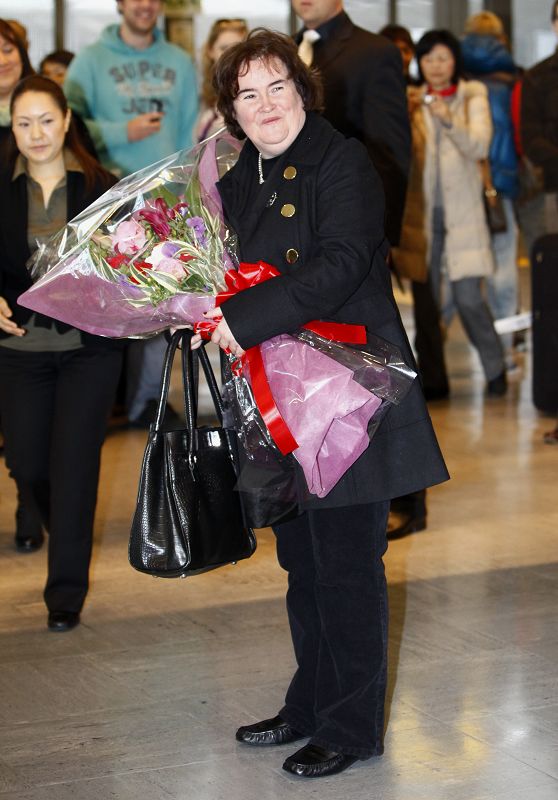 Susan Boyle, the Scottish spinster whose talent show performance catapulted her to global stardom, arrived in Japan yesterday to perform on a New Year's Eve music gala watched by millions.
Boyle waved cheerfully to fans as she was escorted through Narita airport east of Tokyo, declining a request by television networks to give an impromptu song on the spot.
She is due to appear on Japan's best-known music extravaganza, public broadcaster NHK's year-end "Kohaku Uta Gassen," which literally means "Red and White Song Battle" and has been running since 1951.
The plain, single, unemployed 48-year-old's soaring voice was discovered in April when she stunned judges on the "Britain's Got Talent" television show with her performance of "I Dreamed a Dream" from "Les Miserables."