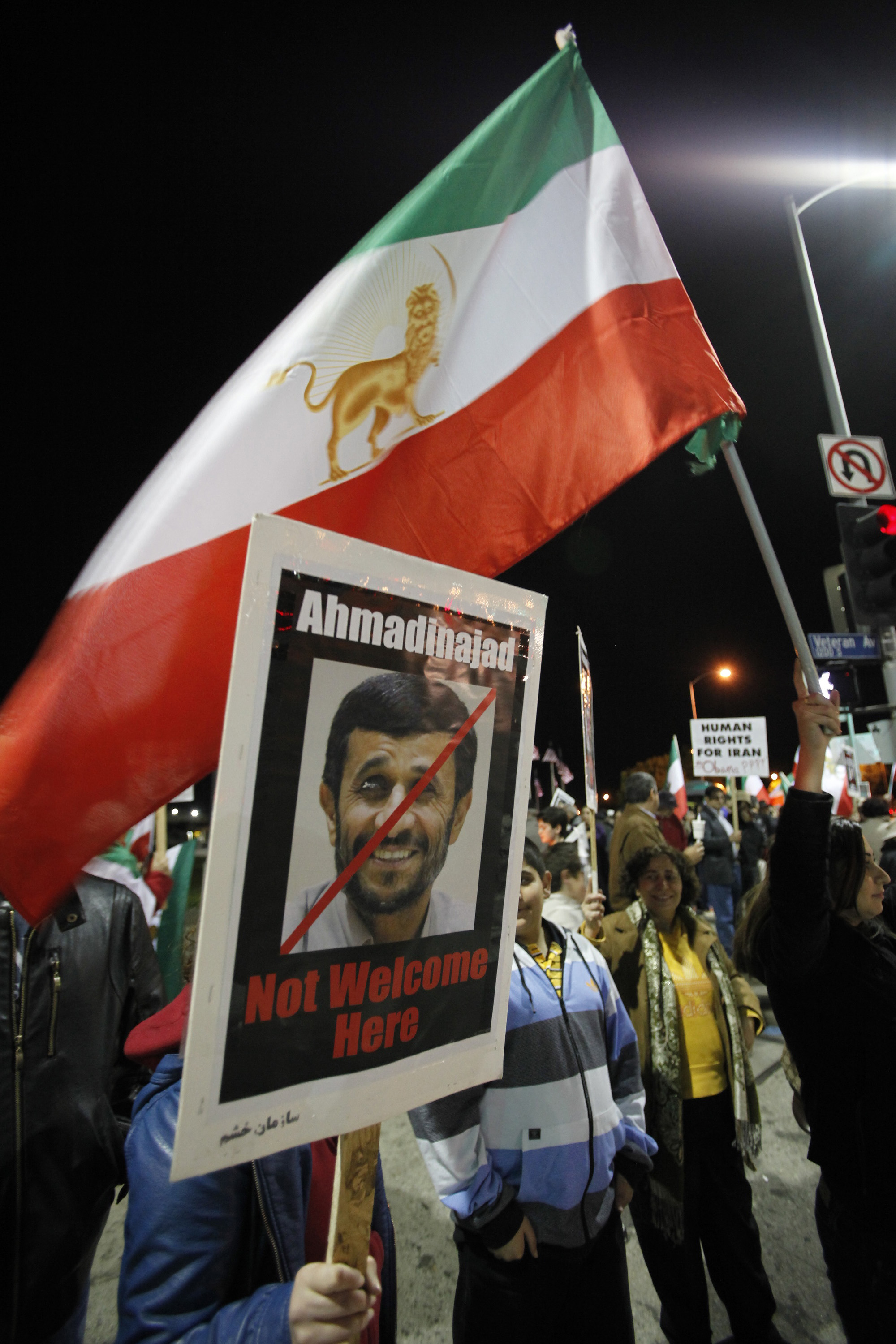 Iran yesterday accused Western countries of fomenting deadly anti-government protests in the capital this week and said it was summoning Britain's ambassador to file a complaint. The comments by Foreign Ministry spokesman Ramin Mahmanparast added to growing tensions between Iran and the West, which is threatening to impose tough new sanctions over Iran's suspect nuclear program and has criticized the violent crackdown on anti-government protesters in Tehran.
Iran has said as many as eight people were killed in Sunday's clashes in Tehran. There was no serious violence reported yesterday, but opposition Web sites said several activists were arrested, including a prominent journalist and the sister of Nobel peace laureate Shirin Ebadi.
Speaking to reporters, Mehmanparast said the deadly clashes in Tehran were the work of a tiny minority, and he accused outside countries, including the U.S. and Britain, of "miscalculating" by siding with the protesters.
On Monday, President Barack Obama praised "the courage and the conviction of the Iranian people" while condemning Iran's Islamic government for attacking demonstrators with "the iron fist of brutality." The sanctions are to punish Iran for its refusal to halt uranium enrichment and accept a U.S.-backed plan to curb its nuclear program. The West suspects Iran is trying to build a nuclear bomb - a charge Tehran denies.
Iran's parliament speaker, Ali Larijani, said the U.S. support for the protesters would only harm their cause. "The praise ... will damage your reputation and clarifies the motives of this anti-religious group," he told state radio.