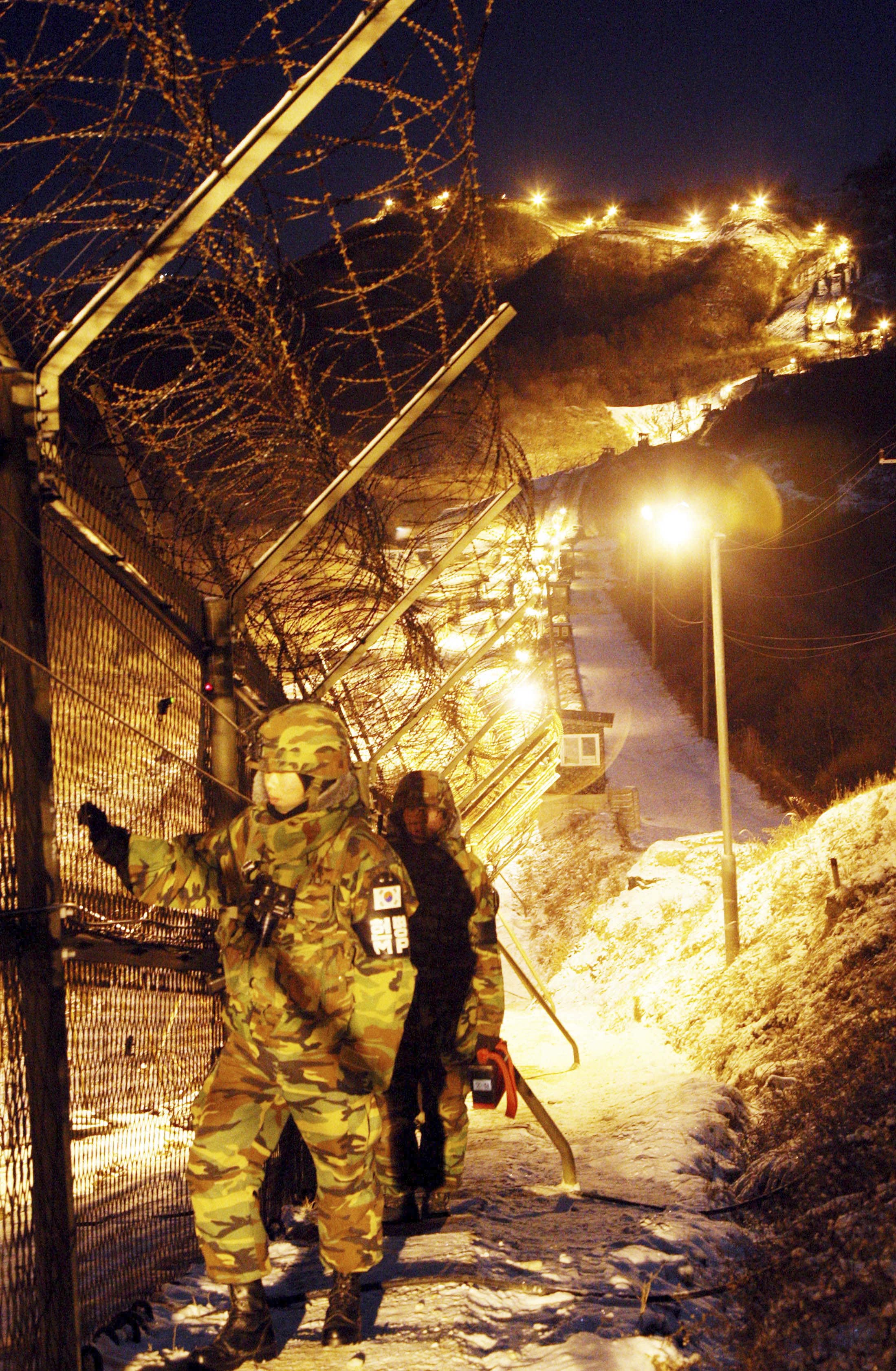 North Korea announced yesterday that it has custody of an American who entered the country illegally on Christmas Eve - first possible word from Pyongyang about a 28-year-old Arizona man who activists say sneaked into the reclusive country to raise international attention to its dire human rights situation.
The American was being investigated after "illegally entering" the country through the North Korea-China border last Thursday, North Korea's official Korean Central News Agency said in a two-line dispatch.
The report did not identify the American, but activists believe he is Christian missionary Robert Park, who they say slipped across the frozen Tumen River into North Korea from China on Christmas Day bearing letters that urged leader Kim Jong Il to resign and free all political prisoners.
"I am an American citizen. I brought God's love. God loves you and God bless you," Park said in fluent Korean as he crossed the border, according to Jo Sung-rae of the Seoul-based activist group Pax Koreana. Two North Korean defectors - one from South Korea and the other from China - accompanied Park to the border, Jo said.
South Korea's Unification Ministry said it cannot confirm the person cited in the KCNA dispatch is Park but noted that it had no intelligence indicating that other Americans went into North Korea illegally in recent days.
North Korea is one of the most reclusive nations in the world, allowing few citizens beyond its borders and strictly regulating who is allowed in.
Park's uncle called North Korea's confirmation good news. Manchul Cho said he worried North Korea would execute his nephew without ever acknowledging his presence.
"My fear was that they say they don't know anything about it and may get rid of him secretly," he told The Associated Press in California. "Once they recognize it, that's really good."
The detainment comes just months after North Korea freed two U.S. journalists arrested in March and sentenced four months later to 12 years of hard labor for trespassing and engaging in "hostile acts." The women were released in August to former U.S. President Bill Clinton, who journeyed to Pyongyang to negotiate their freedom.
Washington and Pyongyang have been engaged in a standoff over North Korea's nuclear ambitions but resumed dialogue after President Barack Obama's special envoy visited Pyongyang earlier this month.
State Department spokesman Ian Kelly told reporters Monday that the Swedish Embassy in Pyongyang has offered to try to get information about Park for the U.S., which does not have diplomatic ties with North Korea.
"We are concerned by these reports and we are looking into them," Kelly said in Washington. The Rev. John Benson, pastor at Life in Christ Community Church in Park's hometown of Tucson, Arizona, said he was happy to hear Park was alive.
North Korea holds some 154,000 political prisoners in six large camps across the country, according to South Korean government estimates. Pyongyang has long been regarded as having one of the world's worst human rights records, but it denies the existence of prison camps.
North Korea's criminal code punishes illegal entry with up to three years in prison, but it's unclear how the North would handle Park's case.
Kim Yong-hyun, a North Korea expert at Seoul's Dongguk University, said the North would likely expel Park soon because detaining him for long may bring international attention to his cause.