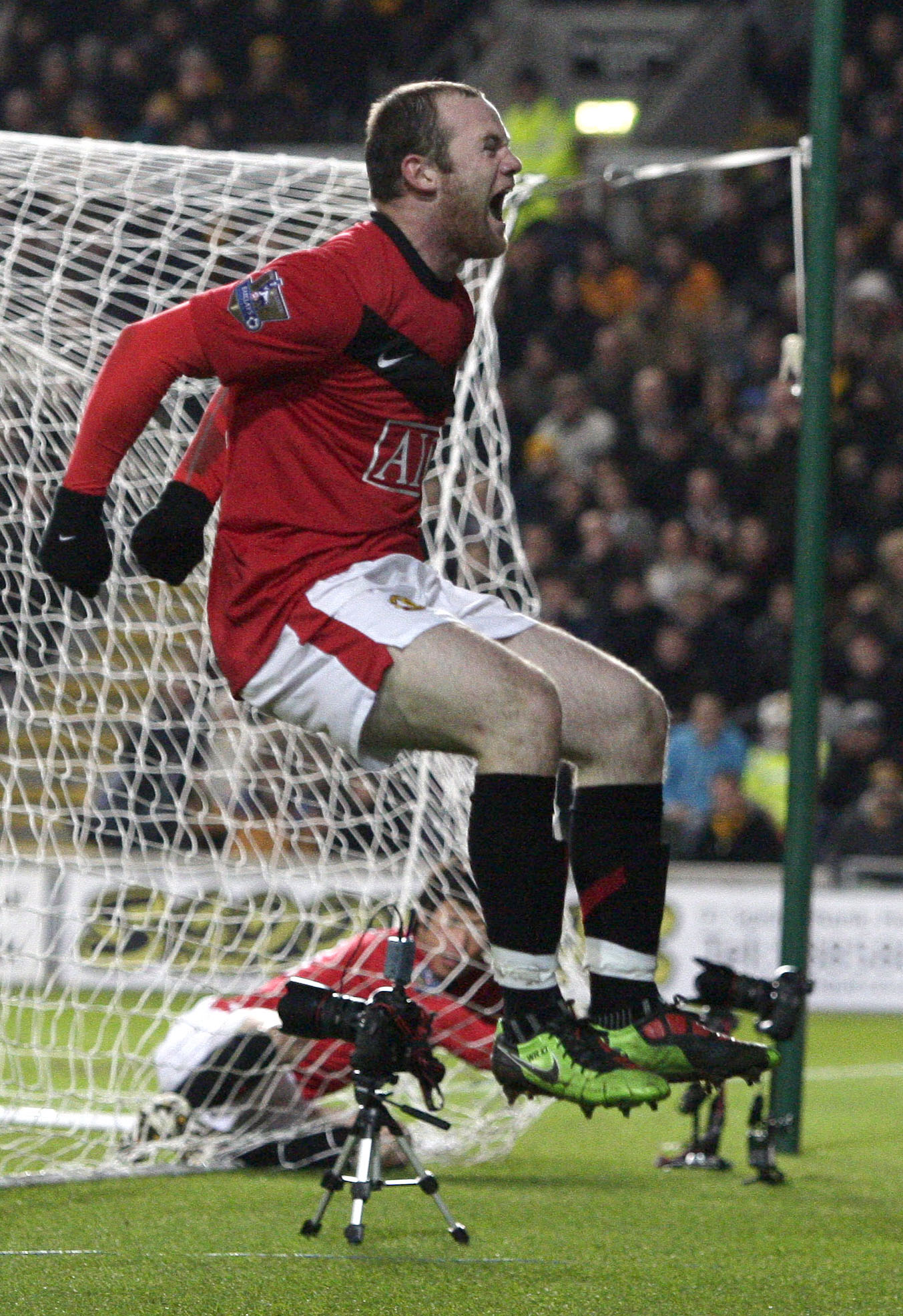 Wayne Rooney went from hero to villain and back to hero again as Premier League champions Manchester United won 3-1 away to Hull City on Sunday.
Victory left second-placed United just two points behind leaders Chelsea, who could only manage a goalless draw against Birmingham on Saturday, with England striker Rooney involved in all four goals.
Rooney put United ahead on the stroke of half-time at the KC Stadium with a close range finish after Ryan Giggs touched on Darren Fletcher's cross
But second bottom Hull equalised on the hour though a Craig Fagan penalty.
Rooney's poor backpass was intercepted by Fagan and following his cross, Jozy Altidore was bundled over at the far post by United defender Rafael.
Fagan then sent Tomasz Kuszczak the wrong way from the spot.
But Rooney made amends with an excellent cross that Hull's Andy Dawson put through his own net in the 73rd minute and he then set up fellow striker Dimitar Berbatov, who tapped in United's third goal eight minutes from time.
Having spared himself a verbal dressing down from manager Sir Alex Ferguson, Rooney said: "Obviously when they got the equaliser it was a mistake by myself and thankfully we got the win, or I don't think the manager would have been too pleased with me."
For Ferguson, Rooney's response was nothing less than he expected.
"He made a mistake but he was exceptional today. He's got that (desire). He's a natural winner."
Asked what this result meant for the title race, Ferguson replied: "It's looking like it's going to be a real tight league.
"I think experience will come into it in the run-in. Arsenal, Chelsea and ourselves have got that experience and the team that stays clears of injuries will have an advantage."
Earlier, Cesc Fabregas came off the bench to score twice as Arsenal defeated top four rivals Aston Villa 3-0 at the Emirates Stadium.
Victory left third-placed Arsenal four points behind Chelsea with a game in hand over their fellow Londoners while Villa remained in fourth spot.
Gunners captain Fabregas fired the home side in front with a superbly struck 25-yard free-kick in the 65th minute.
And with nine minutes left, the Spain midfielder crowned a fine move to make it 2-0.
However, Fabregas aggravated a hamstring injury in the process and, after just 28 minutes on the pitch, he was taken off before Abou Diaby added a third goal in stoppage time.
Arsenal manager Arsene Wenger tried to downplay Fabregas's injury.
"I don't believe it's too bad, he (Fabregas) doesn't think it's too bad," said Wenger.