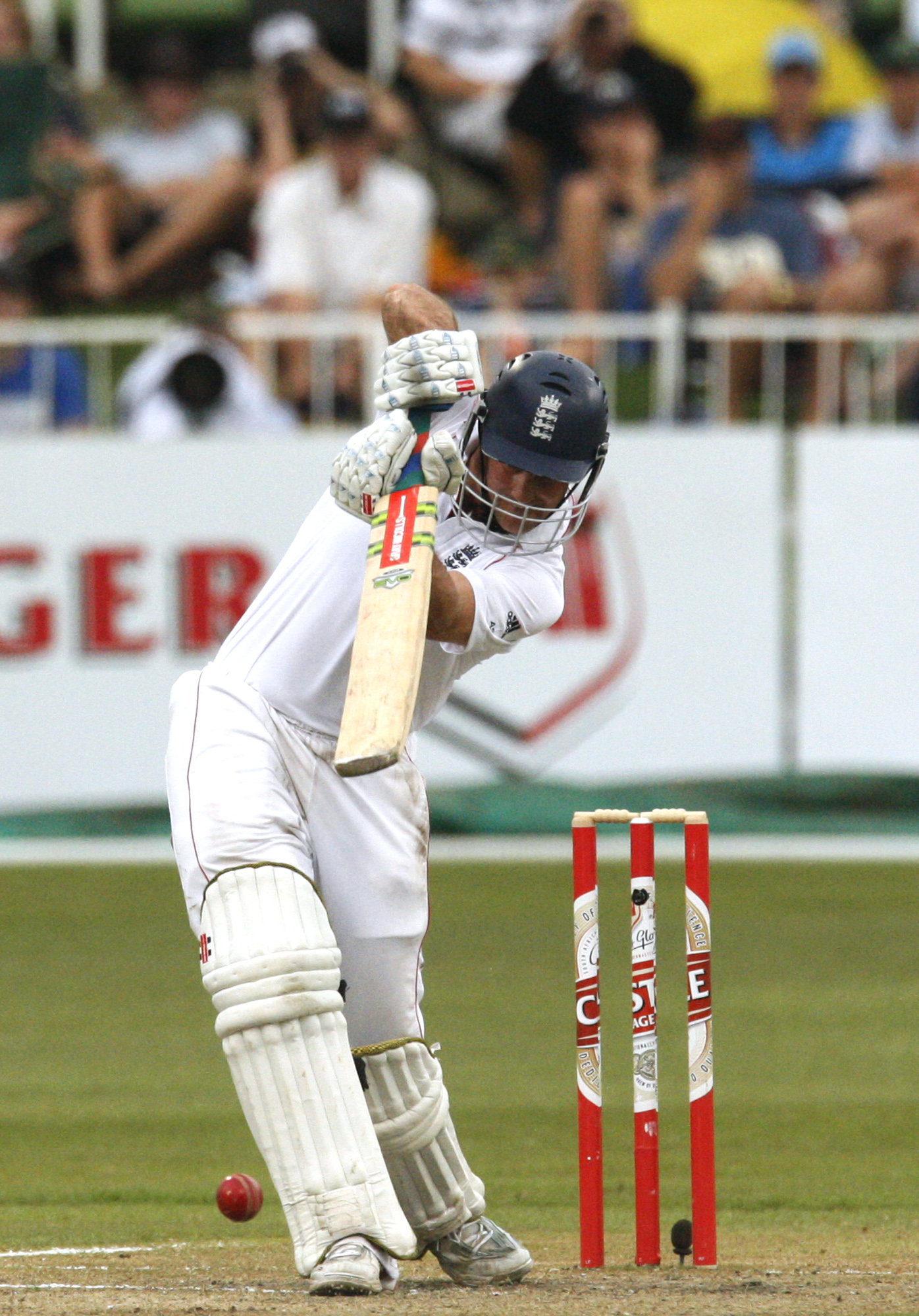 Andrew Strauss hit a sparkling half-century to lead a strong England response to a challenging South African total on the second day of the second Test at Kingsmead here on Sunday.
Strauss made 54 as England reached 103 for one in reply to South Africa's 343 all out before bad light stopped play an hour before the scheduled close.
England off-spinner Graeme Swann said the England captain had played an important innings, especially after England had been frustrated by a last wicket stand of 58 by South African tailenders Dale Steyn and Makhaya Ntini.
"He wrested the initiative that South Africa had taken away from us and he got it straight back," said Swann, who was England's most successful bowler with four for 110.
On an overcast day, with the floodlights on from the start of play, South Africa's total seemed a good effort in conditions which had been expected to be favourable for bowlers.
But Strauss made batting look easy as he struck eight fours and reached 50 off 49 balls before tea, taking advantage of some ill- directed South African bowling, as he and opening partner Alastair Cook took the total to 59 for no wicket off 14 overs.
After the resumption was delayed by half an hour because of rain, South Africa bowled better and Strauss was given out leg before wicket to Morne Morkel before he had added to his score, surviving when he asked for a review and a replay showed a faint inside edge into his pads.
Strauss played only one more scoring stroke, a slash for four off Morkel, before the tall fast bowler forced him back onto his stumps and bowled him off an inside edge.
Morkel was easily South Africa's best bowler, taking one for 22 in nine overs. "Our bowlers were very slow to adapt," admitted AB de Villiers, who hit 50 to guide South Africa towards their total.
"Our lines and lengths were very poor in the first ten overs. We will be looking to pull it back tomorrow. If you get the run rate down you'll get wickets because there's always something in it for the bowlers on this pitch."
Although it was the second successive day on which a substantial amount of play was lost, De Villiers said he believed there was a good chance of a result if the weather improved.
"If we can get a decent lead it will be difficult for England to bat on the last day," he said.
De Villiers (50) and Mark Boucher (39) batted positively at the start of the day after South Africa resumed on a shaky 175 for five.
De Villiers and Boucher took their sixth wicket stand to 63 off 102 balls before Boucher fell victim to the umpiring review system with 2.5 overs remaining before the second new ball.
Boucher stretched well forward to Swann, with bat and pad close together.
Swann's appeal for leg before wicket was turned down by umpire Amish Saheba, which before the introduction of technology would have been the logical decision. But England sought a review and replays showed the ball would have hit just below the bails, so the decision was reversed and Boucher had to go.
De Villiers went on to reach his half-century but two balls later he drove at a Stuart Broad outswinger and was caught behind by Matt Prior. He made his runs off 98 balls with six fours.