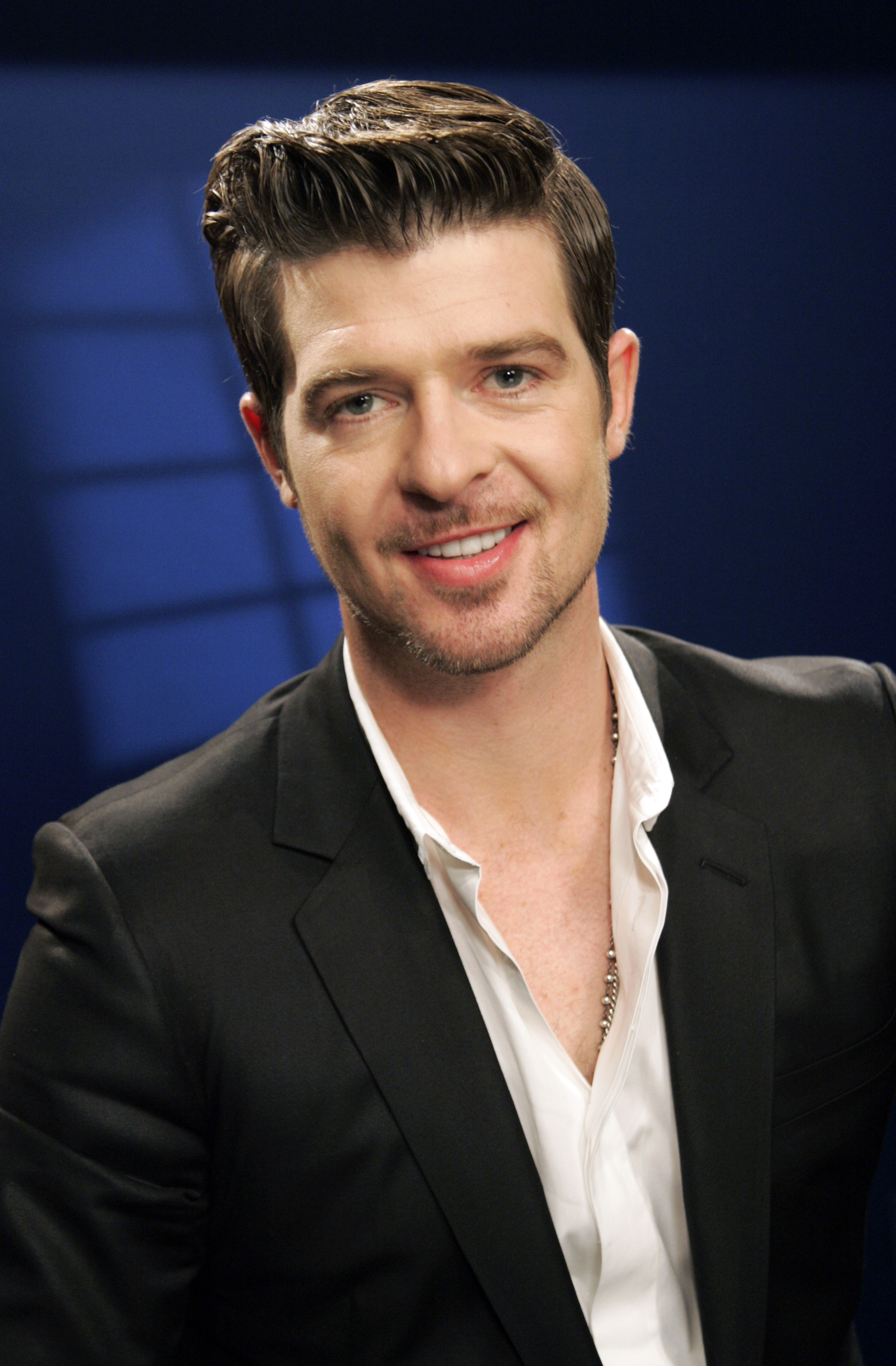 Robin Thicke's new CD is called "Sex Therapy," but the sensual singer says guys have to think beyond the bedroom if they want to keep a woman happy.
Thicke's prescription for a satisfied woman includes the occasional foot rub, a dinner date, shopping sprees and listening sessions. But sex does play a part as well - hence the title of the album.
"Some women can buy their own shoes, some women don't want to go to lunch, some women like to cook, but they all need sex therapy," he said with a laugh in a recent interview. "It's the one thing every woman's going to need sooner or later. Except a nun. So this album is not for nuns."
The Grammy-winning songwriter talked about his loving his wife, actress Paula Patton, his upcoming film and getting raunchy on his fourth studio release, which features guests like Snoop Dogg and Jay-Z.
The Associated Press: If you were a sex therapist and you had to give advice to a couple with intimacy issues - what would you say to them?
Thicke: First thing, they probably just need to slow down and look at each other again and get in a new environment. Maybe go to a different restaurant, go anywhere else, have her try on some new lingerie, buy her some new lingerie, make her feel sexy. Maybe she needs to do something to make him feel sexy. But you can't ever give up on it because it's so easy to just start sitting there and the hours turn into days and the days turn into weeks and the next thing you know you ain't doing nothing with each other.
AP: How did your family respond to the new music?
Thicke: The CD is so wild and some people, they're a little offended even though they love certain songs. They're like, "Wow, you're getting so this and that." I'm like, "It's not that serious." My older brother, who always liked my music very much but never gone over the top, he just said, "I can't stop listening to it." He said, "This album is like great sex, I just want more and more and more of it." And I was like, "Wow, that's a pretty good advertisement." (Laughs) But then my mom (actress Gloria Loring) hears it and (is like), "Oh, it's a little aggressive for mommies."
AP: Your wife is in the film "Precious." What was your first reaction after watching it?
Thicke: I was the one who hooked it up. I had dinner with (director) Lee Daniels. He gave me the script. My wife was doing a movie at the time, so I read the script. I cried reading the script. And she wasn't sure she wanted to do it. She didn't know how she'd make the teacher role original in the beginning, she was a little nervous about it, but I said, "Listen, I will pay this guy for you to be in this movie. This movie is going to make a difference." And I was lucky that I was right once (laughs). Because now she's very thankful that I told her you have to do this movie.
AP: I hear will you be acting soon - tell me about that.
Thicke: I wouldn't want to bring down other actors by saying what I'm trying to do is acting. (Laughs) What they do is acting, I'm just trying. But I got a role in this animated film ("Rio") with Anne Hathaway and a few other very talented people, where I play a bird, a singing bird.
AP: What advice did Paula give you?
Thicke: My wife's like, "You have to get into the part, you have to listen to salsa music, you have to do this, and look at birds on the Internet and the Brazilian rain forest." See my wife, she studies. She goes all the way.
AP: I know your wife is pregnant - how does it feel to know you will be a father soon?
Thicke: It's extremely exciting. All day long when I get a little worried or scared or anxious or tired, I just say, "Thank you God for, as of right now, a healthy child and a healthy wife and a happy home." In this world that should be enough to make a man happy for a day, you know what I mean? Every time I get a little frustrated I just thank God for those things.
n On the Net:
http://www.robinthicke.com