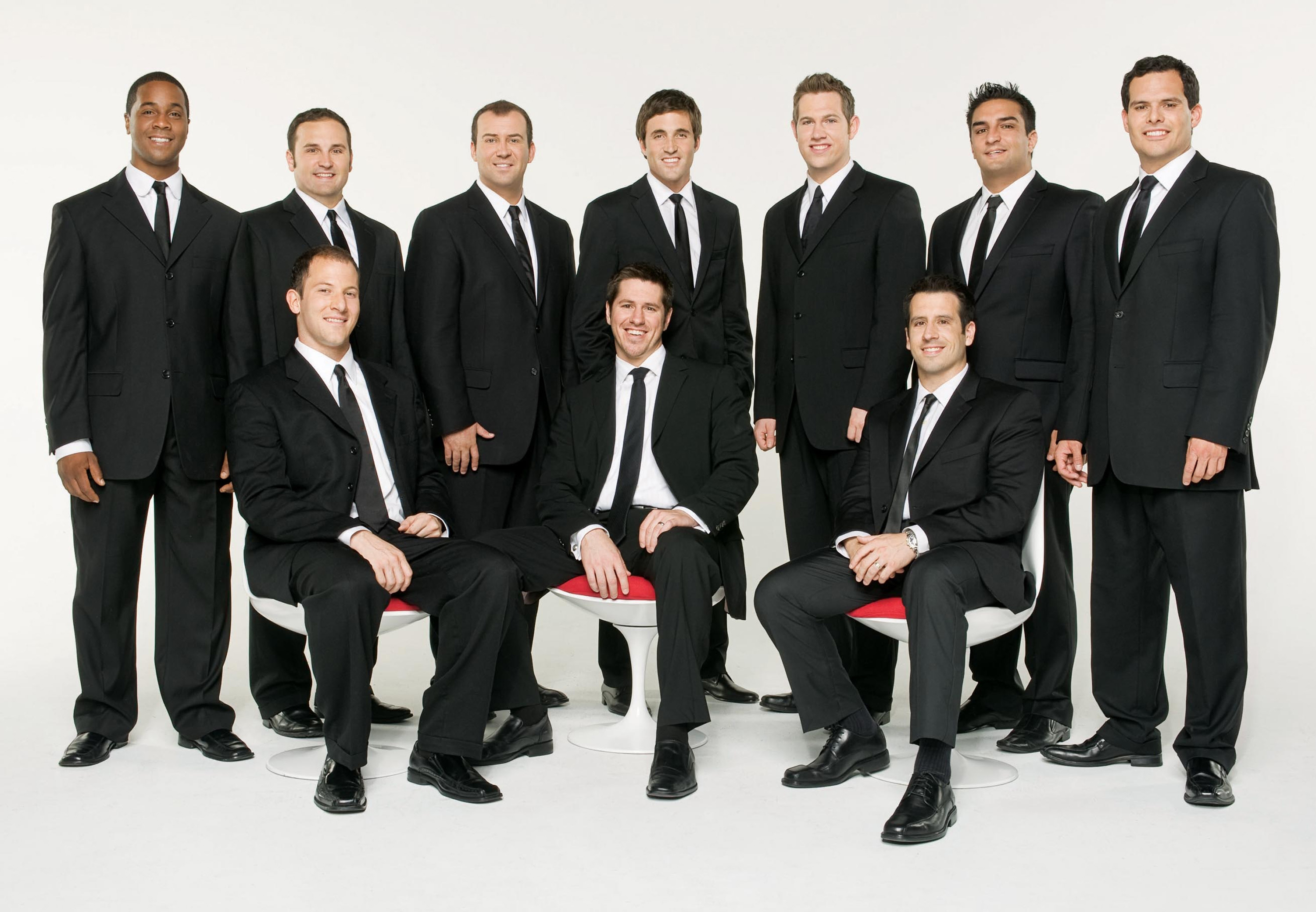 Imagine this: By day you're a typical businessman, working the 9 to 5. Your nights and weekends, however, are spent sharing a stage with nine other guys just like you.
That was the double life for the members of Straight No Chaser, an a cappella choir of 10 men who formed in 1996 during their college years at Indiana University.
They say their pursuit in music was experimental at first. Dan Ponce even jokes that they got together because they "wanted to sing to sorority girls." "It was an interesting balance for that first year," said Ponce, who formed the group, which performs with eight of its original members.
Charlie Mechling, to laughs from the other group members, recalled how he earned a lot of frequent-flier miles jetting between his job and rehearsals. "I was leaving Friday night from my life in Vegas, coming to New York, recording, rehearsing and then taking a redeye back," he said. "I felt like a businessman that didn't have any benefits or paycheck."
In college, some of the guys studied music, but not all of them. Others focused on mathematics, journalism or biology, among other subjects. "We were there connected because we all loved a cappella singing," Ponce said.
The group first caught attention when the CEO of Atlantic Records saw on YouTube its rendition of "12 Days of Christmas," which has been viewed more than 10 million times.
Once signed, the group recorded a Christmas CD, "Holiday Spirits," released in September 2008. It followed that with another holiday album, "Christmas Cheers," which has a studio version of "12 Days" and was released last month.
"Our first album is your more traditional, gather-round-by-the-fire, relaxing, very soothing album," member Seggie Isho said. "'Christmas Cheers' is where you loosen up your tie, and it's the party album."