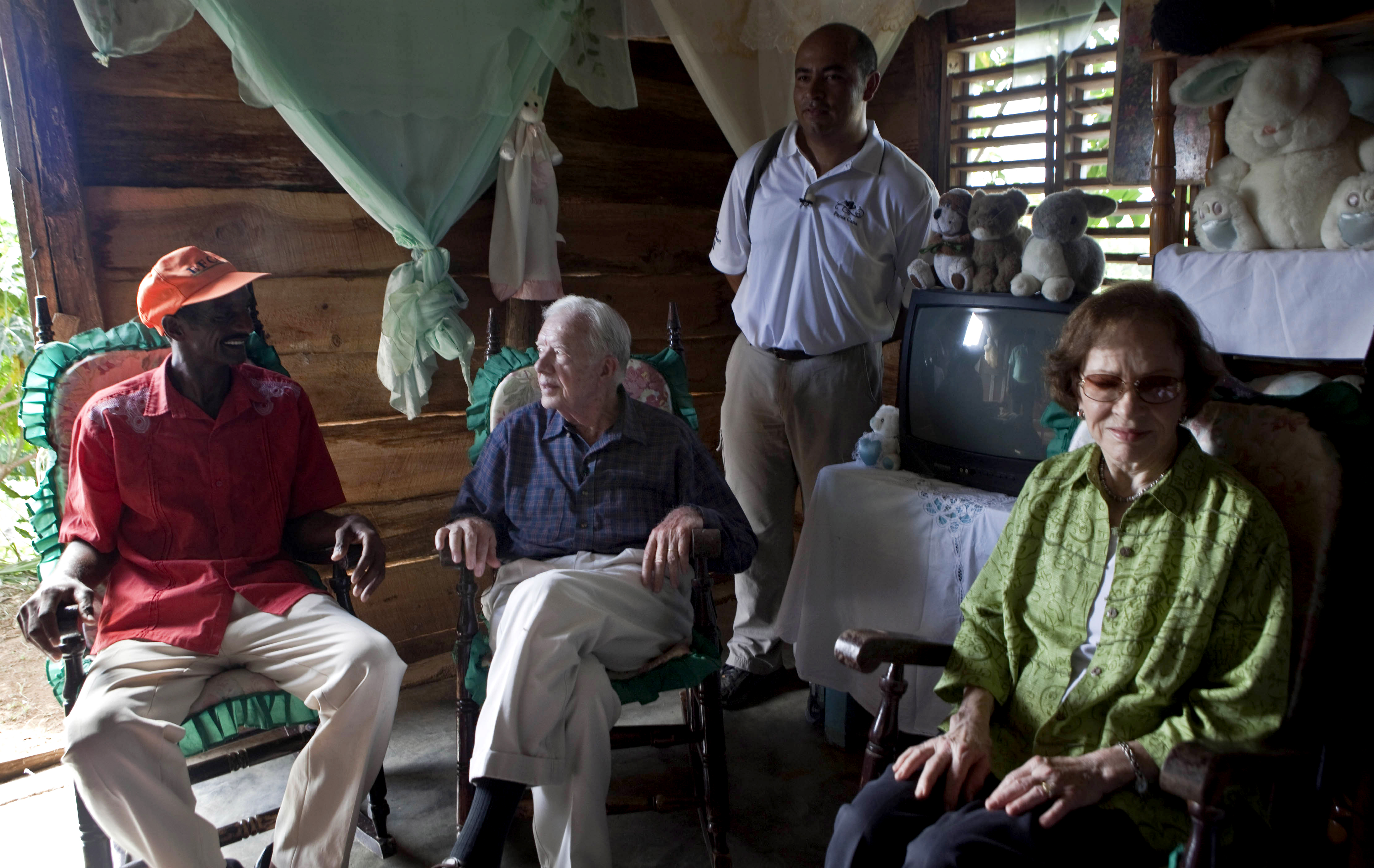 The occasion was a happy one: an 85th birthday celebration for Jimmy Carter, at an ornate theater down the road from Plains. And yet the former president could not hold back the tears.
High school students were singing "Wind Beneath My Wings" as they lined up to deliver roses to Rosalynn, his wife. And the 39th president of the U.S. wept. "Although I've been famous in many ways, it's always been because of my wife of 63 years," he tells the crowd. "And I love her more now even than when I asked her to marry me and she turned me down."
Theirs is a love story that began more than 80 years ago. He loves to tell stories about their courtship. The two were neighbors when Carter was 4 years old, but they did not start dating until after he had shipped off to the U.S. Naval Academy.
Carter was seeing a beauty queen from a southwest Georgia college at the time, but he agreed to a date with Rosalynn because, as the tale goes, he wanted a reason to go to the movies. After one date, he went back home and told his mother he had found his bride.
Rosalynn was not so sure. She rejected him the first time he asked, and, in Carter's telling, went on to date every eligible boy in the county. "But finally Rosalynn agreed to marry me. That was the best moment in my life," the ex-president said.
When Carter was defeated by Ronald Reagan in 1980, some of the couple's friends thought she may have been more devastated than her husband. "I liked for him to be president. I felt very safe about my country," she says. Carter calls Rosalynn his "equal partner." He sometimes will call her up to the podium in the middle of a press conference to let her speak, and mentions his 82-year-old wife's work while he is talking about his.
He brings her on most of his overseas trips, saying simply he feels lonelier without her. Rosalynn reluctantly admits she gets tired of all the traveling, but she says each journey has its payoff. In the afterglow of their latest stop, the two take a seat under shade trees outside a Dominican hovel, reflecting on their lives outside the White House. And then a memory stirs and the Carters share a story that only they can tell, the one about their 1991 trip to supervise an election in Zambia that unseated a president who had been in office for 27 years. It had been so long that no one knew the proper protocol for the African nation's new leader.
"After he won, we didn't know when he was supposed to be sworn in," says Rosalynn. "Then we couldn't find the Constitution."
Jimmy cuts in. "We went through one of the judge's offices and looked through a big pile of stuff and found one copy of the constitution."
Then Rosalynn. "And it said to immediately inaugurate the president, so we had the ceremony while we were there."
Jimmy flashes his smile. "We conducted the ceremony."
After a beat, Rosalynn shrugs. "That's what makes things interesting," she says.