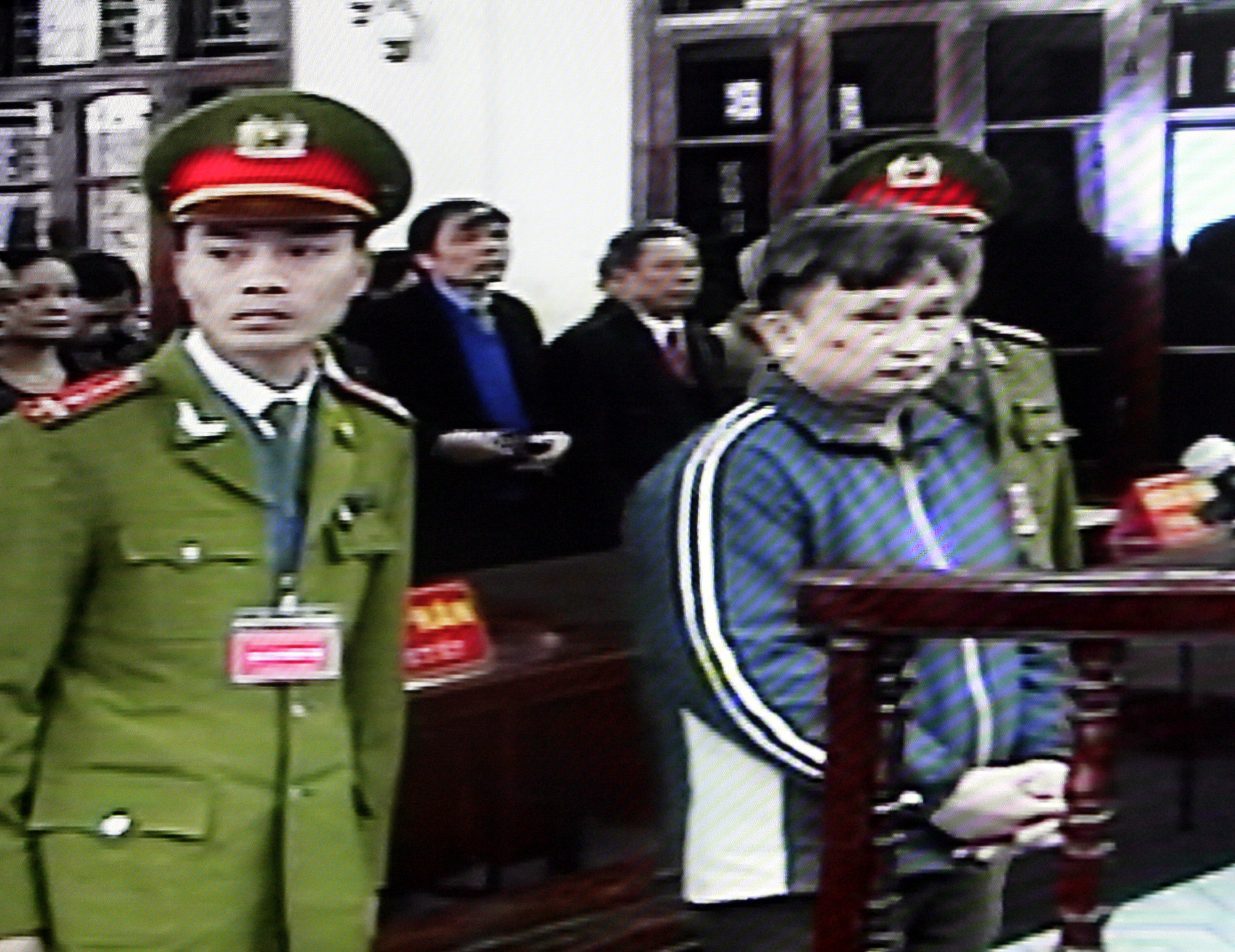 A Vietnamese court convicted a former army officer who had pressed for democratic reforms of subversion yesterday and sentenced him to 5.5 years in prison as Vietnam stepped up its efforts to crack down on dissent.
Tran Anh Kim, 60, was accused of "working to overthrow the state" by joining the Democratic Party of Vietnam, publishing pro-democracy articles on the Internet, and joining Bloc 8406, an organization that promotes a multiparty state.
Kim could have faced the death penalty, but prosecutors sought a lenient sentence, citing his distinguished military record and cooperative attitude. The former lieutenant colonel is the first in a group of five defendants to be put on trial by Vietnam's communist government, which does not accept challenges to its one-party rule.
They were indicted last week under Article 79 of Vietnam's criminal code, which carries sentences ranging from 12 years to life in prison - or death by firing squad.
Kim's trial opened yesterday morning in the northern province of Thai Binh. As the proceedings began, Kim said he had simply stood up for his beliefs.
"I joined the Democratic Party of Vietnam and Bloc 8406 to fight for democratic freedom and human rights for the Vietnamese nation through peaceful dialogue and nonviolent means," Kim said.
His writings, Kim said, had been part of a campaign against government corruption.
"I am a person of merit," he said. "I did not commit crimes."
Vietnam's government routinely convicts and jails its political opponents, but it generally prosecutes them under Article 88, a lesser offense that prohibits spreading "propaganda against the state."
Kim and the others were originally charged under Article 88.
Many diplomats believe the government decided to seek tougher charges as part of a crackdown in advance of the 2011 Communist Party Congress, which takes place every five years and is often preceded by jockeying for power by various party factions.
Foreign media and diplomats were allowed to follow yesterday's proceedings by closed-circuit television at the courthouse. Because the trial was held close to the Christmas and New Year's holidays, the seats reserved for diplomats were empty.
Kim joined North Vietnam's revolutionary army in 1966, at the age of 16. He earned 11 medals, including three for his service in the Vietnam War, and rose through the ranks to become a lieutenant colonel. He became deputy chief of the Thai Binh town military command but lost that post after being convicted of financial mismanagement in 1991. He was jailed for two years, expelled from the Communist Party in 1992 and dismissed from the Army in 1994. In 2006, prosecutors say, he joined the Democratic Party of Vietnam, an outlawed group that the government considers a "reactionary" organization. They say he became the head of the party's organization in northern Vietnam. In June, security police thwarted Kim's effort to hang a sign at his house saying "Office of the Democratic Party of Vietnam."
Like most Vietnamese legal proceedings, yesterday's trial was brief - less than four hours - and the outcome was certain.
In announcing the sentence, Judge Tran Van Loan said Kim had played a leading role in an organized crime against the state, cooperating with "reactionary Vietnamese and hostile forces in exile." "This was a serious violation of national security," Loan said.
Kim's trial comes less than a month before the trial of Le Cong Dinh, Nguyen Tien Trung, Tran Huynh Duy Thuc and Le Thang Long, which is scheduled to open in Ho Chi Minh City on Jan. 20. Dinh is a well-known human rights lawyer and Trung recently studied engineering in Paris. Thuc and Long are Ho Chi Minh City businessmen.