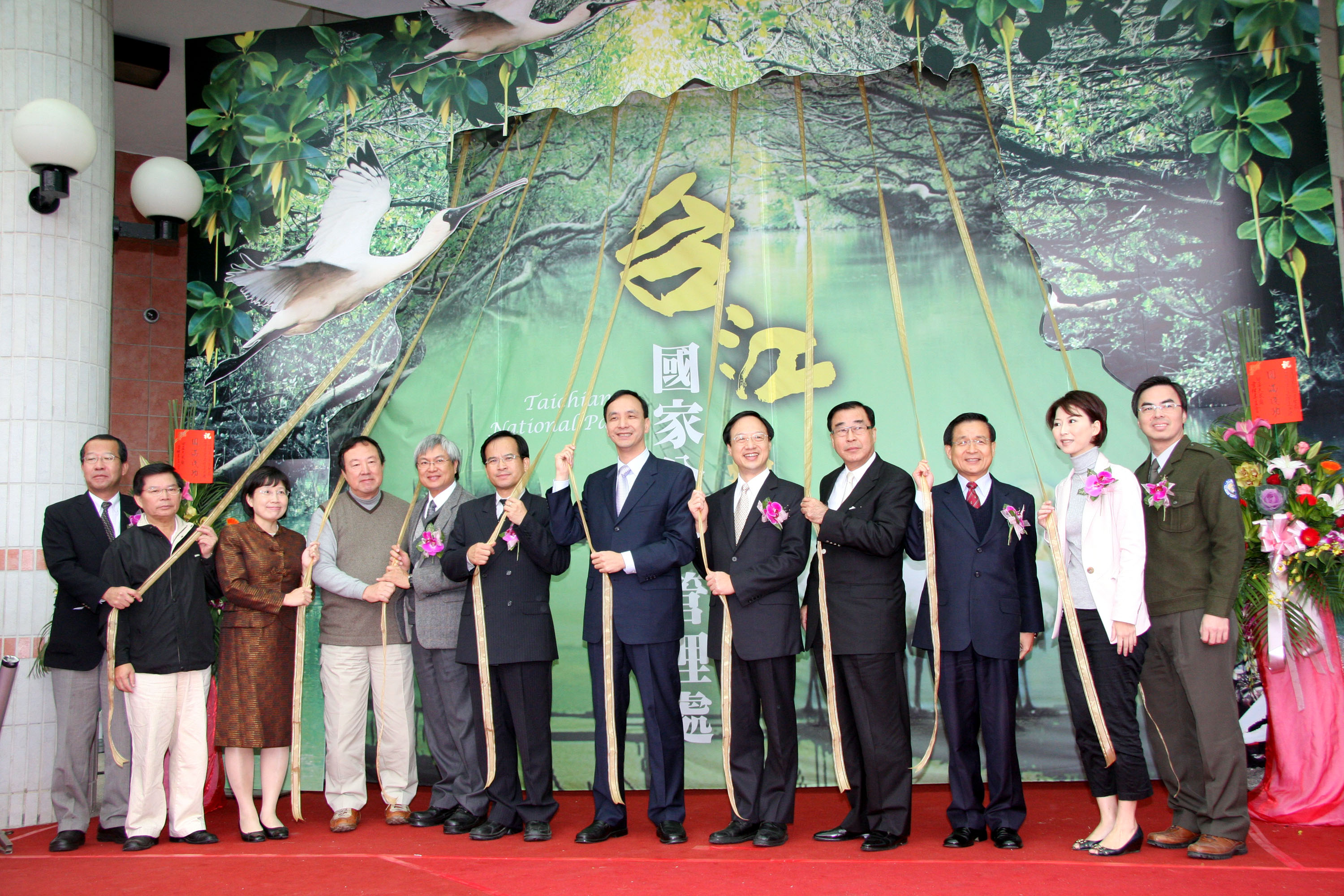 The establishment of Taiwan's eighth national park, Taijiang National Park in Tainan, was described by Vice Premier Eric Liluan Chu at its opening yesterday as an important landmark in Taiwan's environmental conservation efforts.
Speaking in fluent Taiwanese, Chu said the park incorporates environmental conservation efforts into a local salt-production industry.
In addition, Tainan County Magistrate Su Huan-chih noted that a plan to build an industrial zone in Binnan in Tainan County where flocks of endangered black-faced spoonbills usually overwinter, was vetoed because the bird protection zone is now part of the park.
The 39,310-hectare park contains many valuable ecological areas, such as wetlands and lagoons, and is the home to some 100 precious species, including black-faced spoonbills and mangroves, according to Minister of the Interior Jiang Yi-huah, who was among the many political figures from across party lines at the opening ceremony.
The national park project, initiated by the local government and supported by the central government, was made possible with the concerted efforts of various government agencies, Jiang said.
According to Tainan Mayor Hsu Tain-tsair, the park is part of his plans to develop Tainan into an international city characterized by abundant cultural assets, pioneering technology and special ecology.
Located along a coastal area that straddles Tainan City and Tainan County in southern Taiwan, the park has a total area of 39,310 hectares, 4,905 hectares of which is on land and 34,405 hectares at sea, according to the MOI.
The opening ceremony was attended by the four above-mentioned central local government chiefs and other political figures, all of whom are considered potential candidates for upcoming elections in five municipalities. They included Presidential Office Secretary-General Liao Liou-yi and opposition Democratic Progressive Party Legislator Lai Ching-teh.