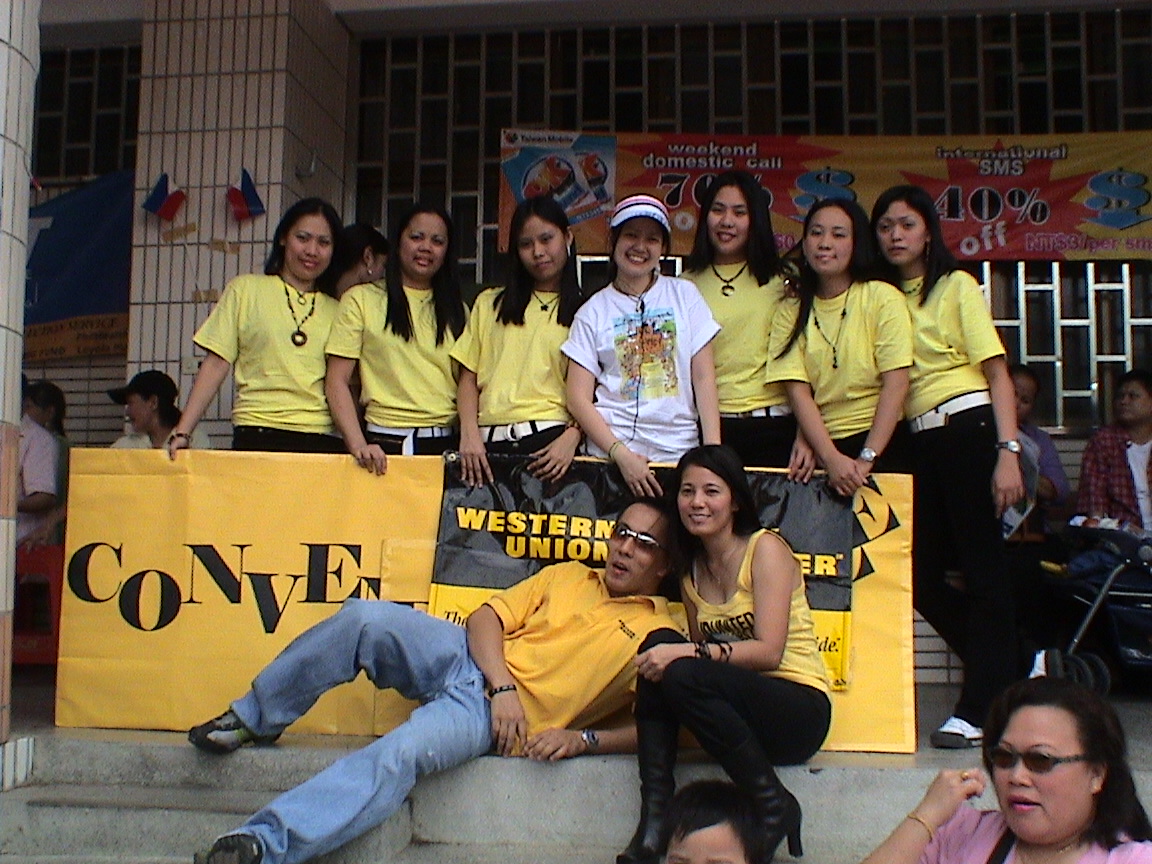 Arlene Yabot found her first few months in Taiwan overwhelming. Away from home for the first time, she was feeling nostalgic for all that was dear and familiar to her: Her family home in San Jose, Nueva Ecija; her loved ones and friends; even her old colleagues. Struggling to recover her equilibrium, Yabot buried herself in her work, believing that her new routine would give her some sense of comfort and security. She kept pretty much to herself, and even refused to socialize with roommates who were trying their best to cheer her up.Yabot was too busy feeling homesick.
"After work, I'd stay in my room and sleep. I rarely left my room," Yabot says. "My roommates often asked me to join them in their 'gimmicks' (social activities) but I was too depressed. I neither had the desire nor the energy to go out and have fun. I was missing my family too much."
Employed at a factory in the Tantzu Export Processing Zone in Taichung County, Yabot eventually took the "plunge" one Sunday. She wanted to hear Mass, and that meant going out, and commuting from Tantzu to Taichung City.
The self-confessed promdi (Filipino slang for "from the province" or country bumpkin) encountered another setback: Bus rides make her sick.
"I get dizzy easily," she says, "kaya lagi akong may baong kendi (that's why I always brought candies with me)."
One day, one of her friends told her that a Filipino priest has started saying mass at a restaurant inside the industrial park. The priest was the Reverend Joy Tajonera. "I heard Father Joy say mass. Even before the mass was over, I told myself, 'I'd want to speak with him,'" says Yabot. "I found his homily touching."
That mass changed her life, the Filipina says.
"I found an outlet," she says. "Gradually, I felt myself opening up. I found myself excited about being a part of this group. I did not want to sit on the sidelines any longer. I wanted to be an active participant."
Tajonera's Tantzu ministry, and eventually, the Ugnayan Migrant and Immigrant Center that the priest founded, became an integral part of Yabot's life. She joined the church choir, and socialized with other Ugnayan volunteers.
"I spend most of my free time at the Ugnayan center," she says. "It has become a second home to many Filipinos employed in the industrial park."
The eldest child in a brood of three, Yabot worked as a public school teacher in her native Nueva Ecija prior to landing a job in Taiwan. She taught in elementary school and coached the high school dance troupe for five years.
"Unfortunately, things didn't work out for me. I didn't get a permanent posting," Yabot said. "I was depressed for a while."
And then the thought of working overseas entered her head. "It happened pretty fast. I applied for a job on May 13, 2005, and on June 13 of the same year, I was already in Taiwan,' she says. "The entire thing happened so quickly. In fact, I didn't resign my teaching job right away since I seriously doubted that I'd get deployed that fast. That's the reason why Taiwan had been a big shock to me."
Yabot reiterates that it was Tajonera's Tantzu ministry that "cured" her of her homesickness.
"I got my groove back," she smiles. "When I first got here, I was prepping myself up for at least three years of misery. Fortunately, I was wrong."
Yabot has even willingly accepted a number of responsibilities at the Ugnayan ministry where she currently serves as president of the evening mass choir.
To those who are still feeling a tad homesick, the Filipina shares a few tips to take the sting out of your pain: Reach out to people, get involved in community projects, and pursue your interests.
"If you are feeling homesick, don't make it worse by doing something that you would later regret. Mabigat na nga ang loob mo, dadagdagan mo pa ba ng kalokohan? (If you're already feeling miserable, don't make it worse by engaging in stupid activities)," she says. Yabot also encourages her fellow migrants to hang out with "real" friends.
"I have made so many friends at Ugnayan and they are all terrific people," she says. "The saying 'Tell me who your friends are and I will tell you who you are' is absolutely true. In my case, my friends in Taichung have formed my support network overseas. They are my family here."