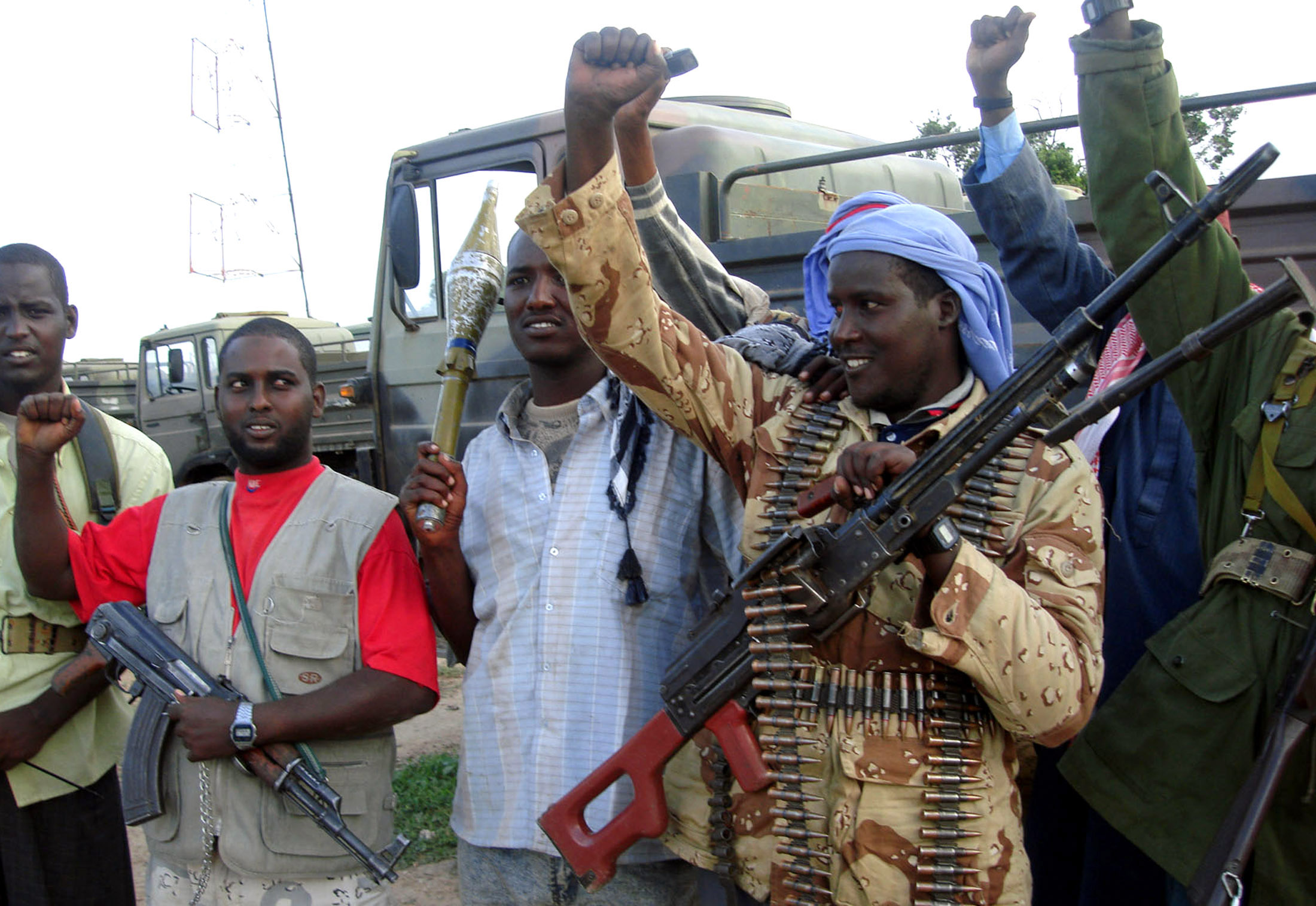 Islamic militants have captured the last strategic town held by their warlord rivals, consolidating their hold over a large swath of Somalia even as the country's parliament called for help from foreign peacekeepers.
President Abdullahi Yusuf's government, whose military consists of little more than the president's personal militia, has watched from the sidelines as the Islamic forces overcame a coalition of secular warlords to take control of southern Somalia.
With Wednesday's victory in Jowhar, 90 kilometers northeast of Mogadishu, the Islamic Courts Union now controls all of southern Somalia except Baidoa, the seat of the weak transitional government. The rival warlords no longer have a foothold in the region.
Later Wednesday, a militia loyal to the Islamic Courts Union peacefully seized the clan-held town of Belet Weyne, 300 kilometers north of Mogadishu, a clan elder said.
"We are in favor of the Islamic Courts Union, and we are going to establish sharia courts in our region," Ali Dilihow said, adding that the town's people did not put up a fight.
On May 6, the Islamic Courts Union took the capital, Mogadishu, after months of fighting that killed more than 330 people, many of them civilians. The group's control over southern Somalia is a feat unmatched since the fall of dictator Mohamed Siad Barre in 1991.
The Islamic group, accused by the United States of harboring al-Qaida, portrays itself as free of links to Somalia's past turmoil and capable of bringing order and unity. Yet the future of a country accustomed to moderate Islam would be uncertain under hard-line Islamic rulers.
Omar Jamal, director of the Somali Justice and Advocacy Center in St. Paul, Minnesota, a hub for expatriate Somalis, called on the United States and the international community to stop the advance of the Islamic group.
"No matter what language they use, the goal of the Islamic militants is to install a Taliban-style government in the country," he said. "Instead, we need a democracy, we need freedom of the press, we need an election, we need a legitimate legal system."
U.S. officials have acknowledged backing the warlord-led Alliance for the Restoration of Peace and Counterterrorism against the Islamic group, formally the Islamic Courts Union.
Somalia's south has seen the worst violence in the country over the past 15 years. In Mogadishu, residents still remember battles between warlords and a U.N. peacekeeping mission in the early 1990s.
Northern and central Somalia, in contrast, have experienced only sporadic violence. Northeastern Somalia is run by an autonomous government allied to the president, and central Somalia, where some warlords have fled, is controlled by several groups.
Wednesday, hours after the Islamic militia attacked Jowhar from three directions, the warlords' remaining forces fled east, some in pickup trucks with rooftop-mounted machine guns. Militiamen seized the airport, just outside town. Residents were fleeing, and witnesses reported as many as 19 dead.
Islamic fighters patrolled Jowhar Wednesday afternoon, with one commander, Sheikh Hassan, reassuring civilians and telling them to stay calm.
In Baidoa meanwhile, parliament approved a plan by Yusuf's government for Ugandan and Sudanese peacekeepers. Uganda and Sudan had previously agreed in principle to be part of such a mission. The Islamic groups have repeatedly rejected the idea of any foreign troops.
In response to the Islamic militia's growing power, the Unites States was convening a meeting on Somalia in New York yesterday.
After taking Mogadishu, the group sent a letter proclaiming it was not an enemy of the United States.
Henry Crumpton, the State Department's counterterrorism coordinator, told the U.S. Senate Foreign Relations Committee on Tuesday that his department didn't anticipate the events in Somalia and has an "imperfect understanding" of the Islamic group.
"We expect them to work with the transitional government, and we also expect them to work with us to hand over al-Qaida and foreign fighters," Crumpton said.
Only one African country - Tanzania - was expected at the first meeting of the Somalia Contact Group. But U.S. State Department spokesman Sean McCormack said other countries may be added.