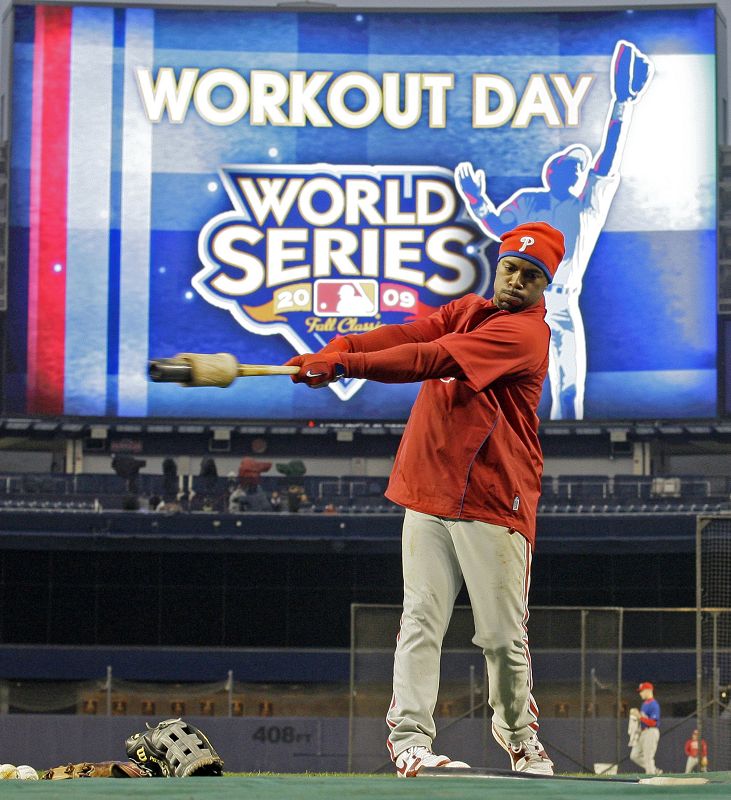 The Philadelphia Phillies and New York Yankees tinkered with their lineups as the two best teams in American baseball prepare to meet in a World Series yesterday.
There will be no shortage of star power as the defending champion Phillies meet the high-priced Yankees who are making their playoff debut in their brand new US$1.3 billion stadium.
The Yankees, who won 103 games this season and boast the biggest payroll in the league at US$200 million, added outfielder Eric Hinske to their roster in place of speedster Freddy Guzman on Tuesday.
Hinske batted .242 in 93 regular season games for New York. Hinske did not play in the first two rounds of the postseason.
Phillies manager Charlie Manuel announced Tuesday he will start pitcher Pedro Martinez for game two of the series.
Cliff Lee is scheduled to start the opener at Yankee Stadium. With Lee and Martinez getting the early games, that most likely leaves last year's World Series MVP Cole Hamels for game three back in Philadelphia.
"I wanted to split my lefties up, and also I felt like Pedro was the ideal guy to go in between them because of what type of pitcher he is, and his command, how he can change speeds, and the fact that he's been here before," said Manuel.
"And I think this is going to be a real big moment for him, and I think he's used to it and he's done it before, and I think he's the guy that's more apt to handle it good. I think this is a perfect setting for him."
In 32 regular-season starts, Martinez has a record of 11-11 with a 3.20 earned run average against the Yankees.
The Phillies also added pitcher Brett Myers in place of infielder Miguel Cairo.
"We felt like we needed another pitcher because the moves that we've been making in situations, we ran through five pitchers in one inning over at the Dodgers, and I feel like if those things happen again, we always need pitching," said Manuel.
"I feel like with Myers' stuff and the fact that he's in better shape and he's well and he's ready to pitch, and I feel like his talent actually belongs on our staff."