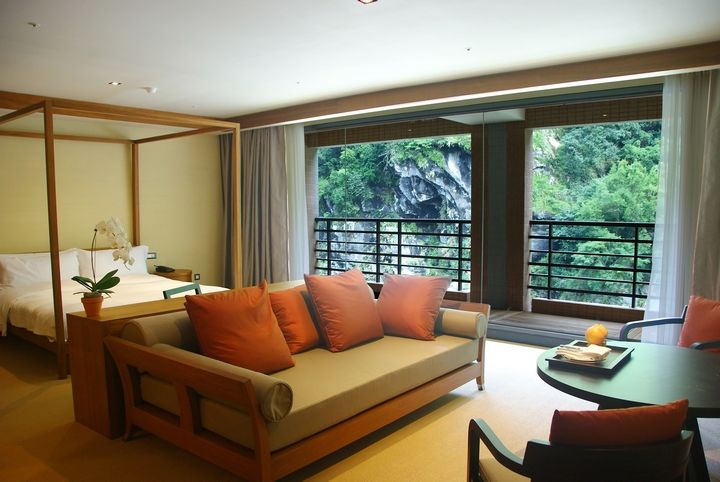 The former Grand Formosa Taroko that closed in early September for renovation works has officially announced on Oct. 22 that it has rechristened to Silks Place Taroko. To celebrate its reopening in early December, Silks Place Taroko will launch a series of special discounts from Dec. 1, 2009 to March 30, 2010.
During the session, two staying at guest room only cost NT$3,300 (original price NT$7,000) per night while two staying at The Retreat at Silks Taroko only cost NT$6,000 (original price NT$12,000) per night. The prices listed above are subject to 10% service charge and only available during weekdays.
The newly design has integrated Taroko's magnificent scene and rich culture, hoping to guide domestic and international travelers to re-explore the beauty of Taroko. The most significant of all is the newly completed The Retreat at Silks Taroko based on the concept of Hotel within the hotel.
This retreat features large space, check-in and check-out service, souvenir, exclusive VIP hall, exclusive 24-hour tea supply, late-night snacks, and unlimited free wireless internet to serve the top customers.
As the only 5-star hotel located in the mountain-based National Park (Taroko National Park) and on the must-go list for overseas and mainland tourists, Silks Place Taroko plays a vital role in Taiwan's tourism market.
It then redesigns tour packages that feature nature and customization such as ancient trail tour and bicycling in the canyons to enable visitors to experience and rediscover the beauty of Taroko.