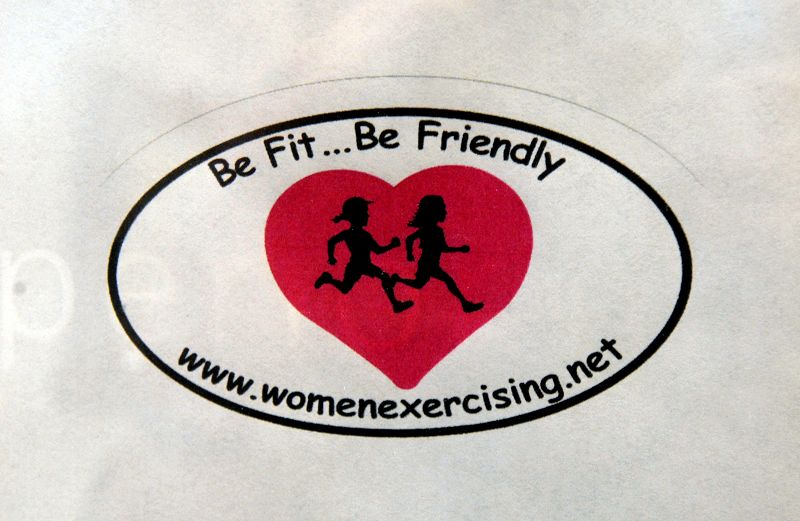 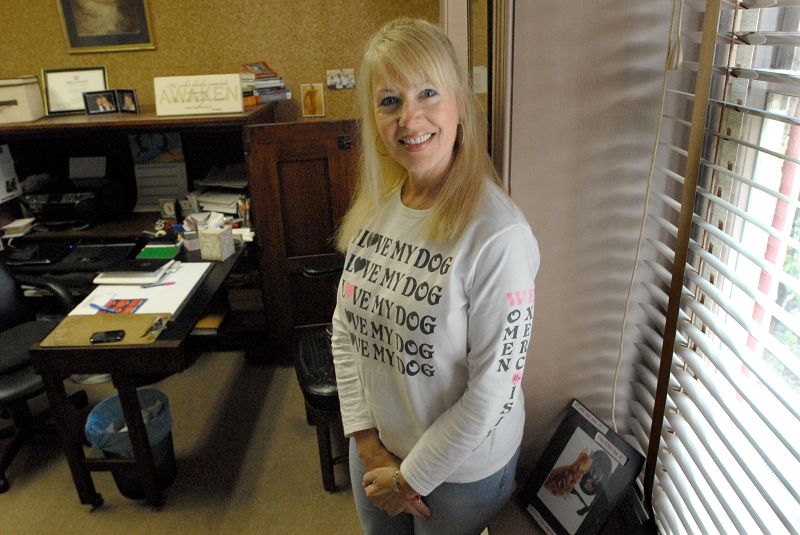 Clinical therapist Margaret Preston believes that working out is key to a woman's mental health. Yet when women go to exercise outside, they shouldn't have to do it alone. That's why Preston, of Flourtown, Pa., designed a T-shirt with a pink heart on its left sleeve. She's hoping the heart - with two runners pictured inside it - will be a universal symbol of friendliness. The idea works this way: If a woman spots me wearing the long-sleeved shirt during my run on Kelly Drive, she knows she's welcome to finish her workout with me. And maybe we'll both be a little less afraid. Now that's good fashion sense. It was in May 2003 - right after Philadelphia's Fairmount Park rapist first struck - that Preston saw women looking scared as they prepared to go on their runs. Preston, a counselor for people who suffer from physical disfigurements, knew that fear often forced women to forgo their workouts. And that's not a wise option when you are trying to build confidence, Preston says. "I thought then and there we needed a symbol that told other women it was OK to run with them."
Preston introduced the shirt in August, sadly not long after more attacks in Fairmount Park. The US$30 Ts are available on Preston's Web site, www.margaretmpreston.com, and at her Flourtown practice.
The shirts also are available at Barbara B's Jewels in Flourtown and Doggie Wash N' Go in Fort Washington, Md. Preston inked four sayings on the fabric: "Fabulous," "Woman Power," "U Go Girl," and "I Love My Dog" - the last to encourage women to run with their pups if they can't find a buddy. Preston's original design in 2006 had a purple heart, but people associated the color with bravery _ and that wasn't quite the message she was going for. Late last year, when she decided to give her Ts another go, she went the pink route because, Preston said, women can relate to pink, especially when it comes to causes like breast cancer.
In addition to the Ts, Preston has designed bumper stickers that sell for US$2, and she has plans to sell hats and iPod holders. The catchphrase on all the merchandise is "Be fit ... be friendly." Preston's timing for the stylish safety push has been perfect.
The change of seasons means it's darker later in the morning and earlier in the evening, making women especially apprehensive about running by themselves. So for women who need a kindred soul, the concept is right on. But for the branding to be effective - for women to truly benefit from it - it must be heavily marketed. If the pink heart is as recognizable as the linked Chanel Cs, everyone will know what it means. As for the fabric, it needs to be more workout-friendly and better able to wick away moisture. Yet the cut and fit are a winning combination - comfortable and cute.
This is not the first time Preston has worked elements of style into her therapeutic practice. The former model uses her own line of makeup called Melancholy Baby in her sessions, where she's able to help clients feel better about how they look. Preston believes the most effective therapy happens when women collaborate. Perhaps her line will encourage strangers to embrace one another, allowing them to better tackle their trepidation.