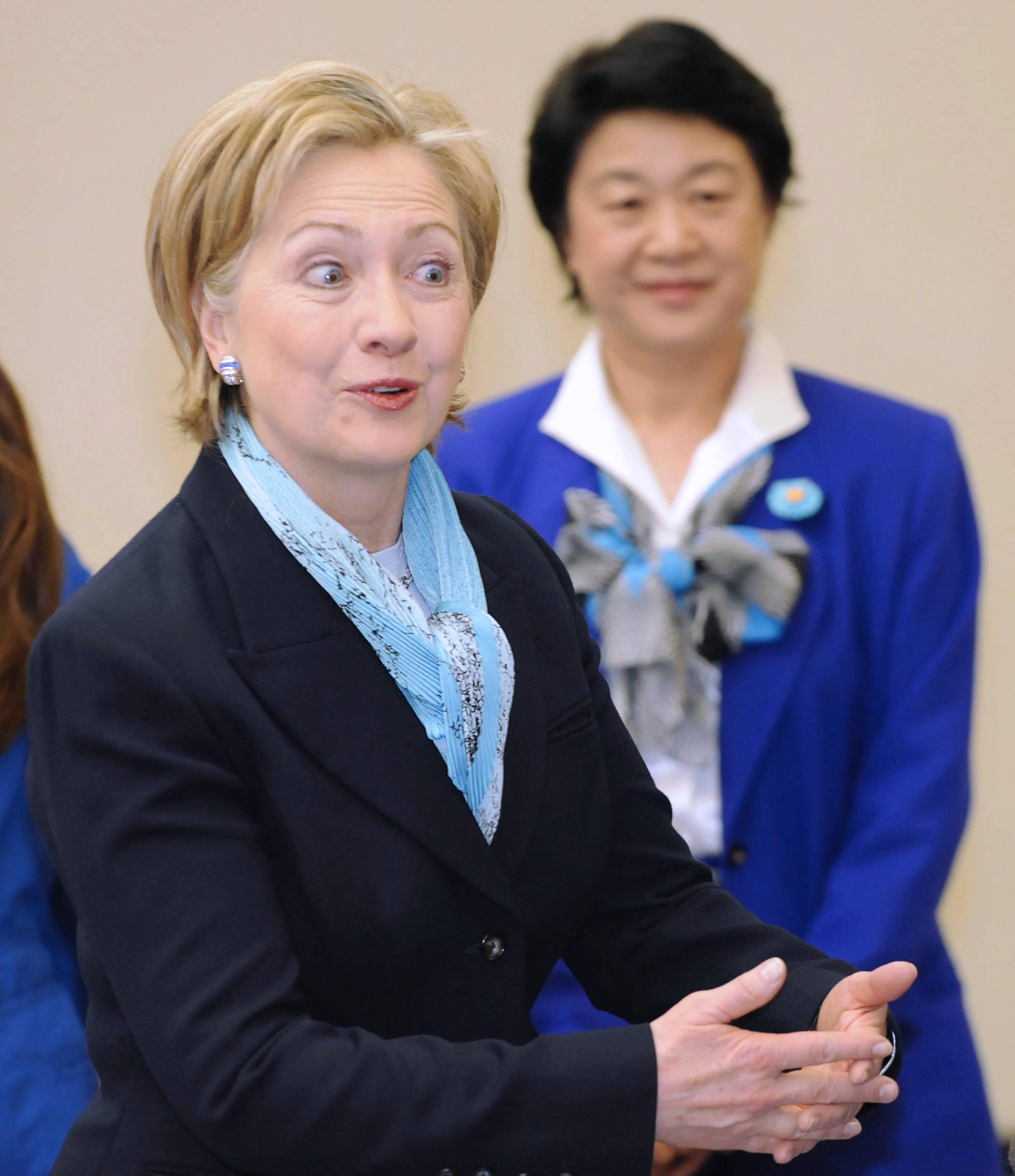 On her first visit to Pakistan as secretary of state, Hillary Rodham Clinton yesterday sought to chip away at anti-Americanism in this predominantly Muslim nation, while applauding the government for taking on violent extremist forces.
She also said the Obama administration intends to do more to support Pakistan on a wide range of issues, including economic development, energy generation, education and the environment. She suggested that the administration of former President George W. Bush had focused too narrowly on Pakistan's value as an ally in the war on terrorism, neglecting other aspects of the relationship.
In an interview with Pakistan's Dawn TV, she was more pointed in describing what she sees as an obstacle to improving the U.S. image here. "Maybe some in your country will say, No, I really didn't have a good opinion (of the U.S.) before; I thought it was all about, 'Are you going to be with us or against us on the war on terrorism.' But this is a new day," she said. Her comment was a veiled reference to Bush's demand after the 9/11 terrorist attacks that Pakistan decide whether it would be an ally or an enemy.
Upon arriving on an overnight flight, Clinton went directly into talks with Foreign Minister Shah Mahmood Qureshi. She was meeting later with President Asif Ali Zardari and Prime Minister Yousuf Raza Gilani. She also planned to see Pakistani army chief, Gen. Ashfaq Parvez Kayani. Three hours away from Clinton's appearance in the capital, a car bomb tore through a crowded market in the northwestern city of Peshawar, killing more than 80 people in the latest attack apparently aimed at denting public backing for an army offensive against al-Qaida and Taliban close to the Afghan border.
Although this is Clinton's first visit as secretary of state, she said she was here once as first lady during the presidency of her husband, Bill Clinton, and three times as a U.S. senator from New York. The Obama administration's coordinator of policy on Pakistan and Afghanistan, Richard Holbrooke, has spent a lot of time here and in Afghanistan searching for effective ways of implementing President Barack Obama's policy on containing extremism in both countries. Holbrooke was accompanying Clinton yesterday.
One of the most sensitive issues facing Clinton is Pakistan's unexpectedly negative response to congressional passage of a bill providing US$7.5 billion over five years for economic and social programs in Pakistan.
Clinton praised the Pakistani government for pressing a high-risk military offensive against extremist forces in a volatile region near the Afghan border. "I give the Pakistani government and military high marks for taking them on," she said. "That wasn't what they were doing before." The campaign in South Waziristan, which began Oct. 17, has ramifications beyond Pakistan, Clinton said. "Clearly these people are allies in a network of terrorism that includes al-Qaida and therefore we believe that what the Pakistanis are doing in standing up to extremism in Pakistan is in our national security interests," she said.
Last spring Clinton raised eyebrows in some quarters by telling Congress that the Pakistani government was abdicating to the Taliban and other extremist groups by not taking them on militarily.