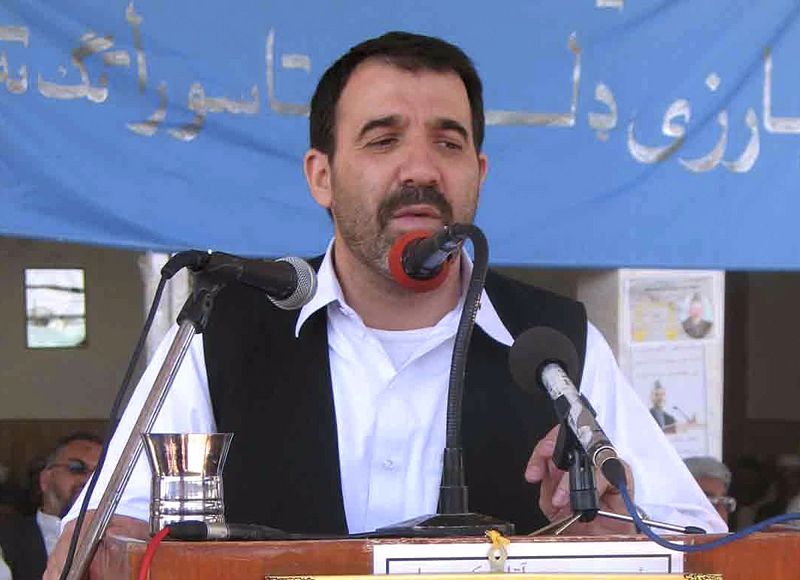 Ahmed Wali Karzai, the brother of the Afghan president yesterday denied reports that he has received regular payments from the CIA for much of the past eight years.
The New York Times, citing current and former American officials, reported Tuesday the CIA pays Karzai for a variety of services, including helping to recruit an Afghan paramilitary force that operates at the CIA's direction in and around Kandahar. Karzai called the report "ridiculous."
The CIA's ties to Karzai, who is a suspected player in the country's illegal opium trade, have created deep divisions within the Obama administration, the Times said. Allegations that Karzai is involved in the drug trade have circulated in Kabul for months. He denies them.
Some American officials argue that the reliance on Ahmed Wali Karzai, a central figure in the south of the country where the Taliban is dominant, undermines the U.S. push to develop an effective central government that can maintain law and order and eventually allow the U.S. to withdraw. Karzai helps the CIA operate a paramilitary group, the Kandahar Strike Force, that is used for raids against suspected insurgents and terrorists, according to several American officials, the Times reported. Karzai also is paid for allowing the CIA and American Special Operations troops to rent a large compound outside the city, which also is the base of the Kandahar Strike Force, the newspaper said.
Karzai also helps the CIA communicate with and sometimes meet with Afghans loyal to the Taliban, the newspaper reported.
CIA spokesman George Little declined to comment on the report.
Afghans vote Nov. 7 in a runoff presidential election between Hamid Karzai and challenger Abdullah Abdullah.