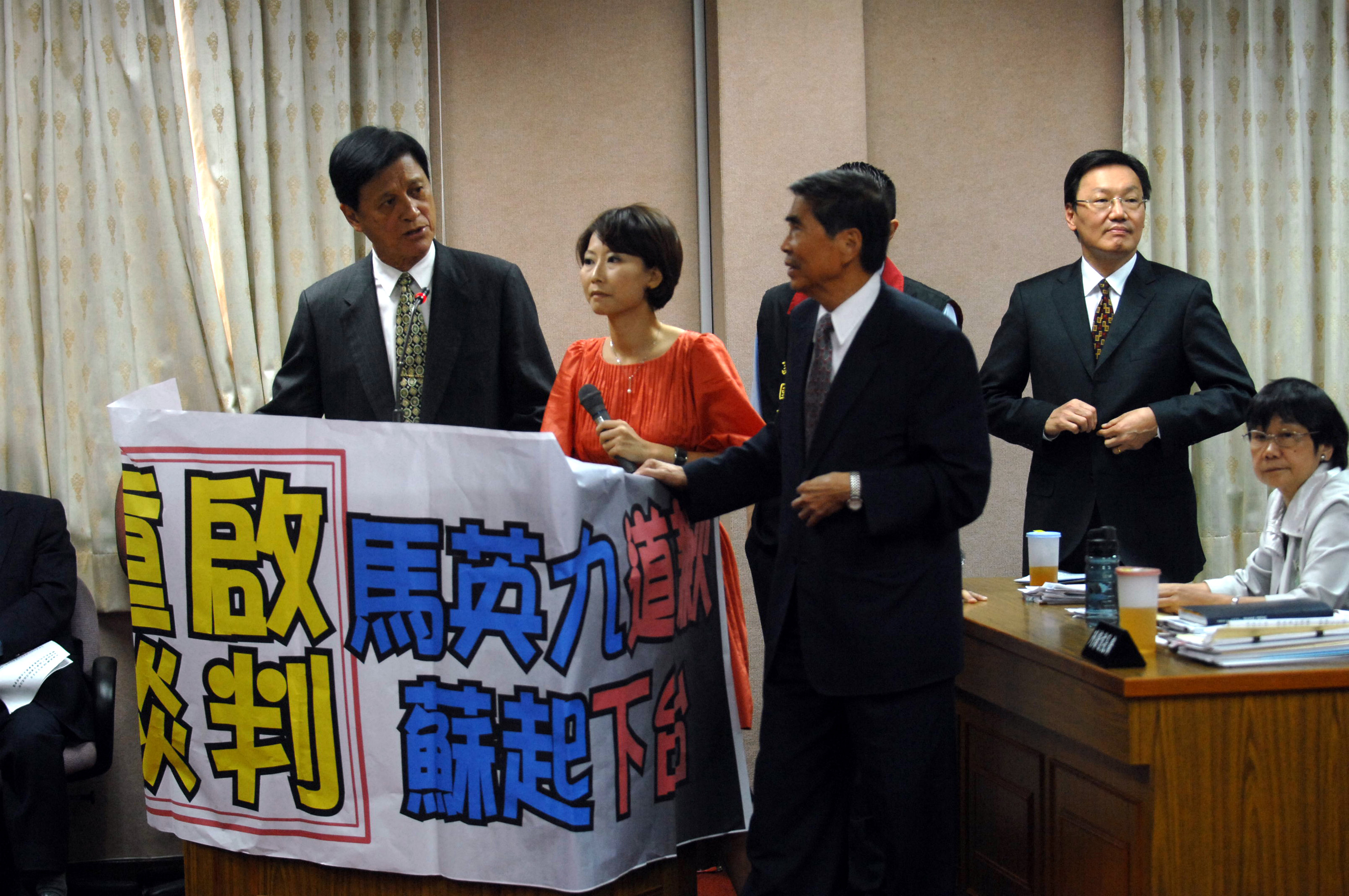 Safety was the only principle used during 17 months of talks with the U.S. about the import of its beef into Taiwan, National Security Council Secretary-General Su Chi said yesterday.
Su has borne the brunt of the blame for closing a deal with Washington last week allowing the import of bone-in beef and other beef products allegedly carrying the risk of bovine spongiform encephalopathy (BSE) or mad cow disease.
Appearing at the Legislative Yuan yesterday to reply to questions from lawmakers, he rejected demands from the opposition Democratic Progressive Party to reopen talks with Washington.
"Reopening negotiations will have a deep influence on our international credibility," he said.
He denied there had been no bargaining about conditions for the opening up. Media reports speculated that Washington would agree to reopen talks on a Trade and Investment Framework Agreement with Taiwan, to extradite Taiwanese fugitives from the law and to introduce a visa waiver for Taiwanese travelers if the island allowed the import of the beef products.
"There were three principles (during the talks), the first one was safety, the second one was safety, and the third one was more safety," Su said, adding that no single person or government department was responsible for the final result of the negotiations.
The DPP said Su should resign because he was the brain behind the government's decision to give in to Washington. The official said he could not have been solely in charge because he didn't understand enough about beef. He also denied that the government had just followed orders from President Ma Ying-jeou to give in. The U.S. is a friend of Taiwan, but the country must still rely on itself, he said. The government took more than a year of investigations into the safety of the beef and sent inspectors and experts to the U.S. to have a look at the local situation, Su said. A majority of the specialists agreed the beef was safe, a small group disagreed, and some were neutral, he said. Su also repeated government assertions that Taiwan was not being more lenient than other countries such as South Korea, where the import of U.S. beef caused widespread protests early last year.
Su accused the DPP administration of former President Chen Shui-bian of having been willing to open up the import of bone-in beef without any preconditions. If last week's accord had been the result of a collective decision by the government, then the whole government should resign, DPP Chairwoman Tsai Ing-wen said.
Department of Health Minister Yaung Chih-liang tendered his resignation Wednesday morning after President Ma Ying-jeou said the Cabinet member bore responsibility for the beef accord. Premier Wu Den-yih turned him down after 20 minutes of talks, reports said.
Later, Ma and Wu said the government would not sacrifice the people's health in return for diplomatic favors. "We will not take our people's health to use as a bargaining chip in talks with other countries," Ma told a crowd at a ruling Kuomintang event yesterday.
Premier Wu Den-yih praised Taipei Mayor Hau Lung-bin a day after the latter launched an alliance of restaurants and stores refusing to sell the newly imported meat products.
On the ground, more local governments issued measures to counter public distrust, including requiring clearer labeling and thorough testing. In Taoyuan County, health inspectors visited supermarkets to tell managers they would face fines if they failed to add the country of origin to beef products after November 6, cable station TVBS reported. In Pingtung County, cattle farmers protested against government policies, saying they would lead to consumers turning away from all beef, including meat from Taiwan.