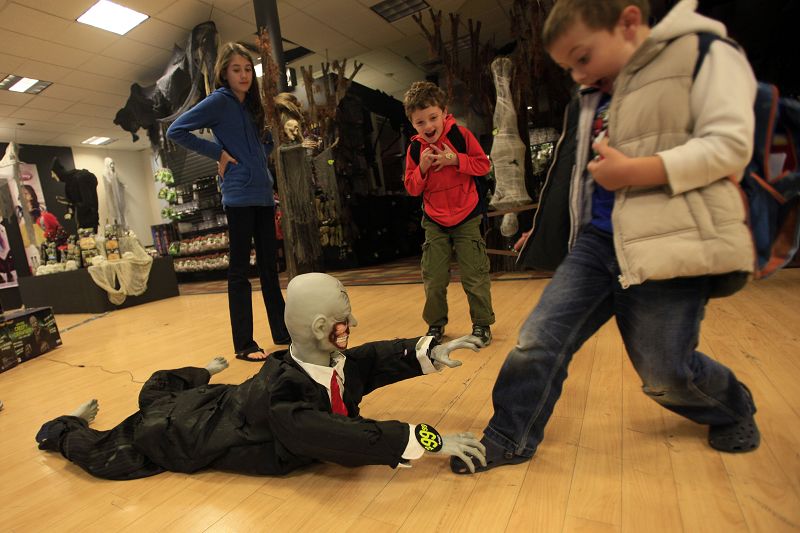 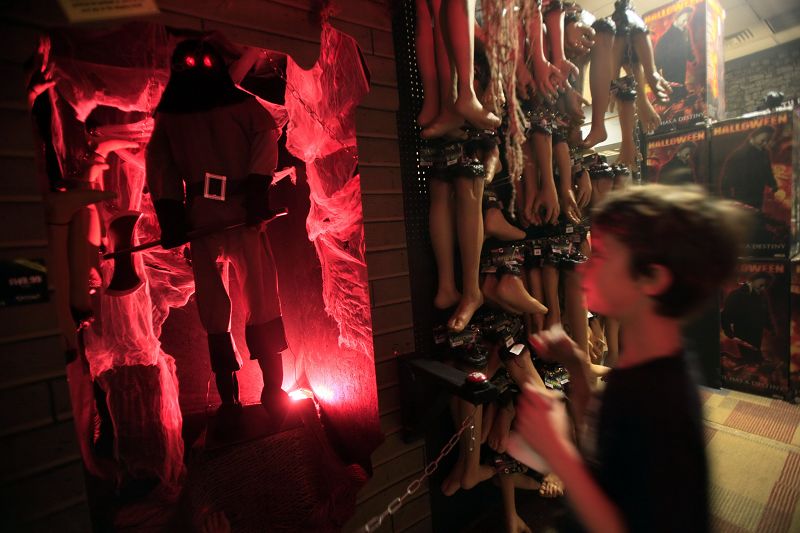 The recession hasn't been so scary for Halloween stores. In fact, they are finding better haunts in the graveyards of failed retailers.
The seasonal sellers are taking advantage of the spate of retail bankruptcies and closings to open more - and larger - temporary stores this year in better locations. It adds up to an aggressive bid to capture cautious consumers' dollars in an industry that has grown rapidly over the past decade.
Spirit Halloween has raised 83 former Circuit City stores from the dead, part of the 100 stores it has added to the 625 it had last year.
Other smaller competitors are also taking bigger bites this year: Halloween Express, based in Kentucky, and Halloween Adventure, based in Pennsylvania, have each added about 10 new stores this year.
Since Halloween falls on a Saturday (Oct. 31) this year - the best day according to those in the industry since more adults throw parties - retailers are hoping for brisk business. Despite the recession, market research firm IBISWorld Inc. expects 2009 sales for costumes and decor to rise 3 percent to US$3.8 billion this year compared with a year ago. Halloween Adventure CEO Joe Purifico confirmed sales were "trending up" as the company headed into the important two-week stretch before Halloween.
But seasonal retailers - which make about 70 percent of their sales in September and October - face tough competition for market share from lower-priced retailers such as Target Corp. and Wal-Mart Stores Inc., so visibility is key. "The bigger the storefront, the bigger impression you have on the consumer and that's the big plus," said Spirit Halloween vice president of operations Tony Detzi.
They stores say they're not really saving much on rent, but spending similar amounts to get better locations.
The Spirit Halloween on Manhattan's Upper West Side was bustling on a recent afternoon. Kids alternately marveled and screamed at the decor on the first floor - including a life-size Michael Myers from "Halloween" - while shoppers browsed costumes ranging from knights in armor to sexy nurses, most for around US$30, on the second floor.
Lucy Mateo, 40, an executive assistant in New York who works nearby, was surprised at the speed the vacant Circuit City morphed into Spirit Halloween. "I didn't even know it was under construction."
Empty retail space from the closings of Circuit City, Mervyns, Linens 'N Things and Home Depot's Expo Design Center have given the temporary stores plenty to work with.
Suzanne Mulvee, senior economist at Property & Portfolio Research, estimates there is an increase of 269 million ft2 (25 million m2) in vacant retail space - the equivalent of about more than 5,000 full-size Best Buy stores - across the country compared with a year ago.