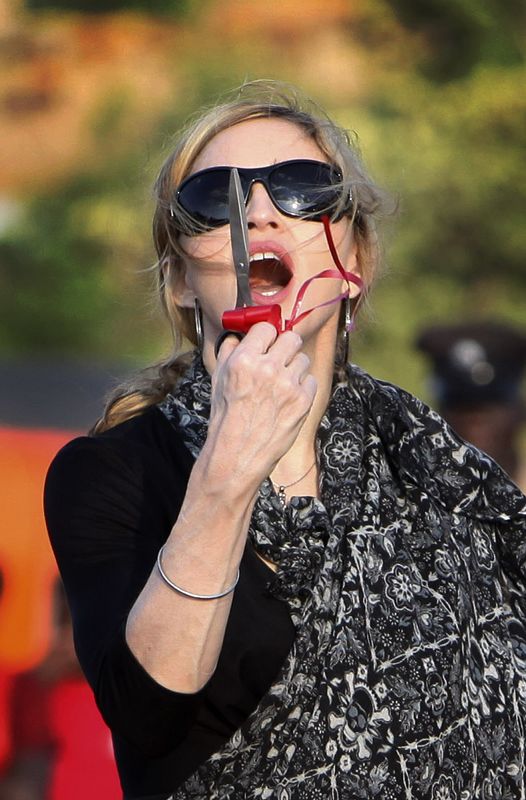 Madonna marked the start of construction of her school for girls in Malawi by planting a tree at the planned site of the US$15 million school.
The 51-year-old celebrity arrived in the impoverished southern African country on Sunday accompanied by her four children - daughters Lourdes and Mercy, and sons Rocco and David.
Madonna adopted Mercy from Malawi earlier this year and adopted David from the country in 2008.
The singer was dressed in a dark summer dress and a colorful shawl during Monday's ceremony in the town of Chinkhota, some 10km from the capital, Lilongwe.
Together with eldest daughter Lourdes she planted a Moringa tree, a hardy tree with edible leaves.
The new school will be called the Raising Malawi Academy for Girls and will open by 2011 and educate 500 students, said its future principal, Anjimile Mtila-Opponyo.
It will be similar to the school built by TV talk show host Oprah Winfrey in South Africa.
Mtila-Opponyo said the curriculum will emphasize science and mathematics.
The singer told some 1,000 gathered villagers she was inspired by the strength of Malawian girls and women.
Madonna's Raising Malawi, a charity founded in 2006 when she first visited the country, helps feed, educate and provide medical care for some of Malawi's orphans.
Malawi, a nation of 12 million, is one of the poorest countries in the world. About 500,000 children have lost a parent to AIDS.
Madonna will also meet with President Bingu wa Mutharika on Tuesday and visit some of the orphanages her charity supports.