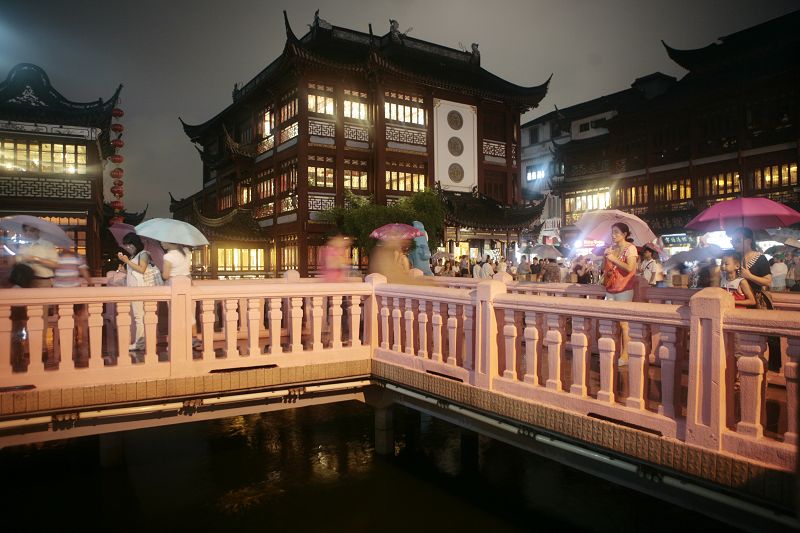 This is a great time to be an American in China. That's a convenient thing for Americans, but it's especially good news for President Obama.
When Mr. Obama visits China in mid-November he may face an audience both as enthusiastic and as divided as any he has faced at home. His recent decision on behalf of U.S. labor unions to impose a 35 percent tariff on tire imports from China has angered many Chinese and prompted threats of in-kind retaliatory measures against the United States.
Still, admiration for Obama remains strong, particularly among young people in China. This is great news for Obama. As the long-term future of U.S.-China relations is dependent ultimately on the youth of China, they are the audience he should pay special attention to. If he can maintain popularity among them, his influence in China has high potential.
Already, his stellar popularity around the world makes being an American abroad a much more pleasant proposition than it was only a year ago.
This trip will be the third part of a four-country Asian tour including the Asia Pacific Economic Cooperation summit in Singapore, and stops in Japan and South Korea. When the president arrives, expect to see cheering crowds of youthful admirers, souvenir Obama T-shirts, and other trappings of Obamamania here just as happens around the world.
Among the more idealistic youth of China one finds a somewhat different story. Many including my own students seem to hold Obama, not merely in admiration, but even in a kind of awe: From them I have heard the mantras of "Change" and "Yes We Can" repeated on more than one occasion. More than any other recent U.S. president, Obama is seen by many young Chinese not merely as the chief executive of one powerful overseas trading partner, but as a world leader of special importance, and one from whom much is expected.
Evidence of Obama's popularity particularly among young people in China is not hard to find. Recently while strolling through the shopping arcades surrounding Shanghai's 16th-century Yu Garden, I happened upon a T-shirt shop prominently displaying one shirt featuring his smiling image.
In the past 18 years of traveling and living here, I have watched four presidents come and go from the White House, but this is the first time I have ever seen a U.S. president's image on a T-shirt here.
Pirated DVD editions of Obama's speeches and pirated print editions of his books are now for sale on the street, and at my university Chinese professors show videos of Obama's speeches to classrooms full of attentive Chinese students.
With confirmation of his visits to both Shanghai and Beijing, universities are also planning lectures on Obama's significance for China and the world.
Even older and less idealistic Chinese will tell you that Obama is "better than [George W.] Bush." To Obama's good fortune, his predecessor was one against whom it would be rather easy to win a popularity contest.
Despite the tendency here (at least for the average Zhou the Plumber) to view U.S. actions more or less exclusively on the basis of how they affect China, both Mr. Bush's decision to go to war in Iraq and his arrogant behavior toward the world at large made him immensely unpopular here.
Obama has more going for him, however, than the mere fact that he isn't George W. Bush.
This visit follows talks in September with his Chinese counterpart, Hu Jintao, at the UN General Assembly opening in New York and Group of 20 summit in Pittsburgh. The possibility that Obama and Mr. Hu will sign a bilateral agreement to combat climate change during Obama's visit in November stands to garner much positive attention from young people in China.
A face-to-face event with Chinese young people, like his talk with Egyptian students at Cairo University in June, could also go a long way toward cementing hearts and minds among those who hold the future of U.S.-China relations in their hands.
Unlike the president's fans in Europe, Africa, and even the Middle East, many pragmatic Chinese view U.S. affairs strictly through the prism of how America's actions affect China's interests. They will not be swayed by the grand statements on world peace and brotherhood among men that so electrified his audiences in Berlin and Cairo. So the president might find it necessary to temper his own famous idealism with an element of pragmatism to reach a broader Chinese audience.
Bringing Michelle, Sasha, and Malia along for trip wouldn't hurt, either. Appealing to the youth of China may be the key to his success here. Obama should use it to his advantage while he has it.
Come November, I hope to see many Chinese young people wearing T-shirts like the one I recently saw for sale outside Yu Garden.
Perhaps I'll even see Zhou the Plumber wearing one.
Mark C. Eades is a visiting professor of English language and literature at Shanghai International Studies University.