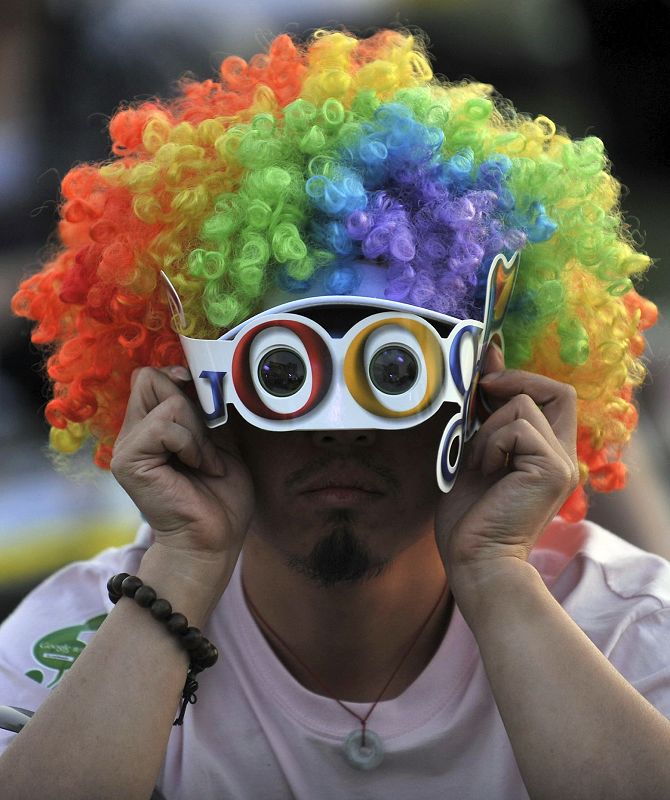 Google Inc. faces a new controversy in China after a Web site run by the Communist Party's main newspaper accused the U.S. search giant of trying to keep Internet users away following its reports on a copyright dispute.
The online People's Daily book section said the three-day disruption began last Wednesday after it reported on a Chinese group's complaint that Google's plan for an online library of digitized books might violate Chinese authors' copyrights.
Google searches returned a warning that the site might contain software that could harm computers, said Pan Jian, the section's manager.
"We got complaints from readers that they couldn't access our channel via Google," Pan said yesterday. "We thought it might be related to our reporting on the conflict between Google Library and Chinese authors."
An unidentified People's Daily official quoted on the paper's Web site said the section was "maliciously blocked by Google."
A Google spokeswoman, Cui Jin, denied the warning was prompted by the site's reporting on the copyright dispute.
"This is absolutely incorrect," Cui said. She said the warning was generated by software that is "an automatic function without any human interference."
Pan said his site's technicians found nothing wrong. He said the Chinese search engine Baidu did not return a similar warning, but Cui said that might be because Baidu does not use the same screening software.
The software was produced by StopBadware.org, an industry group that promotes Internet security, Cui said. The group's Web site says it is coordinated by Harvard University's Berkman Center for Internet & Society and supported by companies such as Google, PayPal, Mozilla, AOL and Trend Micro.
Google, based in Mountain View, California, has faced other complaints about its operations in China, where the government uses an extensive filtering system to try to block access to material deemed lewd or subversive.
In June, Beijing accused Google of allowing access to pornography. That followed an unexplained outage that temporarily blocked users in China from seeing Google's U.S. site, its China-based site google.cn and its Gmail e-mail service.
Google has struggled to expand in China, where it has less than 30 percent of the search market.