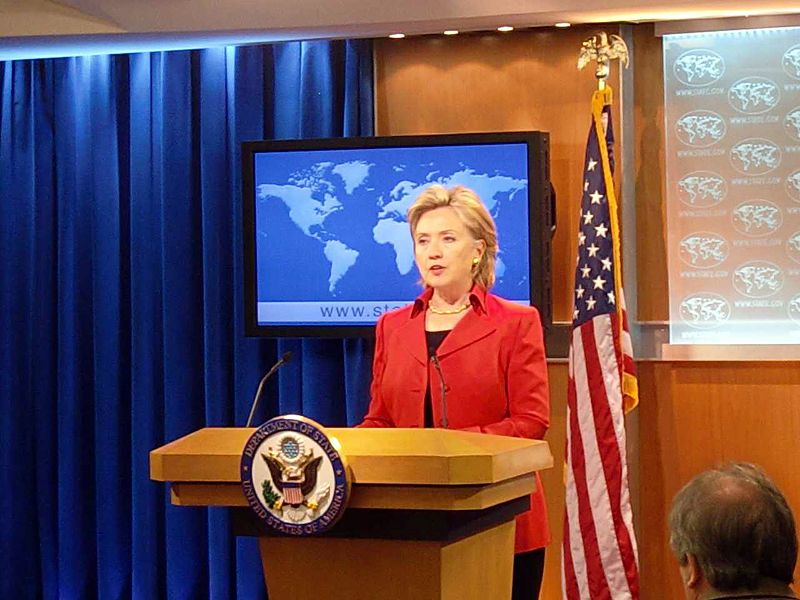 Secretary of State Hillary Clinton Monday came out strongly against laws around the world that make religious defamation a crime, saying freedom of speech and religion should be equally upheld.
"Some claim that the best way to protect the freedom of religion is to implement so-called 'anti-defamation' policies that would restrict freedom of expression and the freedom of religion," she said on presenting a department report on religious freedom.
"I strongly disagree. The U.S. will always... stand against discrimination and persecution... But an individual's ability to practice his or her religion has no bearing on others' freedom of speech," Clinton said.
"The protection of speech about religion is particularly important since persons of different faith will inevitably hold divergent views on religious questions. These differences should be met with tolerance, not with the suppression of discourse," she added.
In a draft resolution adopted last month by the U.N. Human Rights Council, Egypt and the U.S. raised concerns over the rise of "negative racial and religious stereotyping of religions and racial groups" around the world.
The resolution, which the European Union and Latin America criticized for touching on the thorny issue of religious defamation, "condemns... any advocacy of national, racial or religious hatred that constitutes incitement to discrimination, hostility or violence."
The State Department report on religious freedom in some 200 countries serves as a basis for an upcoming U.S. list of nations that raise the most concern.
The last U.S. list in January included Saudi Arabia, Myanmar, China, North Korea, Eritrea, Iran, Sudan and Uzbekistan, the same countries that made the list in 2008.
Michael Posner, Assistant Secretary of State for Democracy, Human Rights and Labor, noted "interesting trends" on both sides of the issue this year, along with "a growing recognition that there needs to be more dialogue and more effort... across faiths" to find common ground.
He singled out the Philippines, Jordan, Qatar and Spain for their efforts and initiatives in mitigating religious differences.
However, Posner cited "plenty of individual incidents that are mentioned throughout the report, including "blasphemy laws, tremendous interfaith tensions" and "more restrictions by government ministries on the right of religious groups to register."
The State Department report was especially critical of Cuba and Venezuela.
It said religious institutions come under "harassment and intimidation," while praising progress made in Brazil, Spain and Argentina.