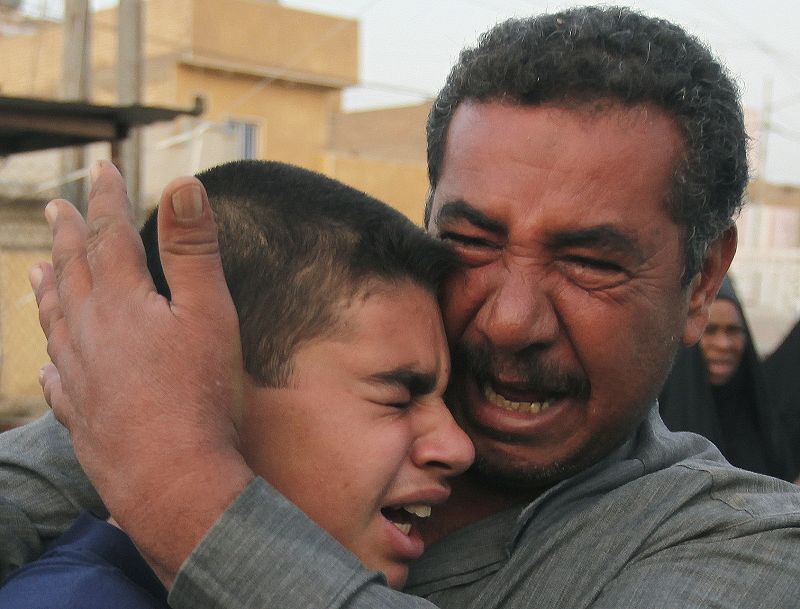 An al-Qaeda linked group claimed responsibility for the twin suicide bombings in the heart of Baghdad that killed at least 155 people as Iraq's political leadership yesterday stepped up efforts to agree on new voting guidelines ahead of January elections.
The militant group known as the Islamic State of Iraq said in a statement posted on the Internet late Monday that its "martyrs ... targeted the dens of infidelity." Massive vehicle bombs and suicide attacks have been the hallmark of al-Qaeda, and Iraq-based Sunni insurgents have used similar means and style of attacks with an aiming to overthrow the country's Shiite-dominated government in Baghdad. The attack Sunday in the heart of the Iraqi capital struck the Justice Ministry and the Baghdad Provincial Administration.
It was Iraq's deadliest attacks in two years and it raised more fears about the country's ability to protect itself as it prepares for the January parliamentary elections and the U.S. military withdrawal.
Among the dead were two dozen children, killed on a bus that was leaving a daycare center near the Justice Ministry at the time of the explosions, said an official at the hospital where the bodies were brought.
The official spoke on condition of anonymity because he was not authorized to talk to the media. Iraq's senior leaders made progress on a new election law that could ease political tensions and calm popular anger over Sunday's blasts many perceive as a testimony to the government's massive failure to protect its people.
Top officials, including the prime minister, the president and the parliament speaker pledged tighter security after the carnage in Baghdad.
They also moved quickly to work out a deal with leaders of political parties on the new election law that will help hold the crucial nationwide vote on time. The balloting is scheduled for Jan. 16.
Lawmakers have been wrangling for weeks about the law, and observers, including the U.S., had worried that failure to agree on the guidelines might delay the crucial vote. The al-Qaeda posting on Monday said the group's suicide bombers targeted the "pillars of the Safawi and rejectionist state in the land of caliphate," referring to the Shiite government in Baghdad and its close ally, Iran.
The same group also claimed responsibility for August bombings of two government ministries in Baghdad, when more than 100 people were killed. Linked to the wider terror network, the Islamic State of Iraq is an umbrella group within the Arab country that comprises a militant coalition in which al-Qaeda is a leading member.
Iraqi Prime Minister Nouri al-Maliki blamed those who want to tarnish his government's efforts to rebuild Iraq into a democratic state for Sunday's "terrorist acts."