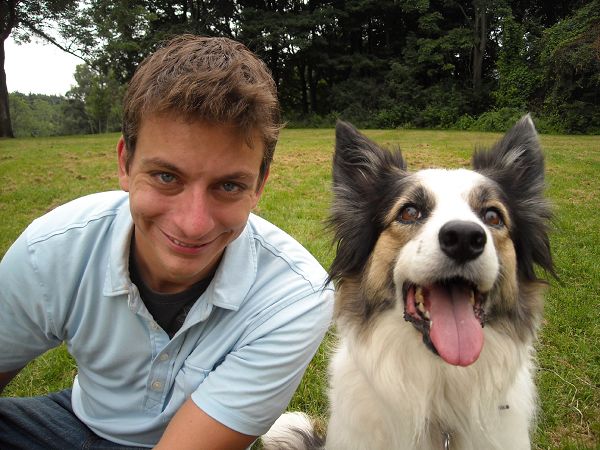 Maybe you don't worry about spoiling your new manicure before your nails can dry. But Anne does.
Maybe you don't have a problem with company leaving your toilet seat up or, worse, forgetting to flush. Kimberly does.
Fortunately, they are both owners of dogs that, with the right kind of training can lend a helpful paw.
Thanks to pet trainer extraordinaire Zak George, that's about to happen on "SuperFetch," which puts the "can" in canine when it premieres today on Animal Planet. It's educational and fun, for dogs and humans alike.
"'SuperFetch' is the first show that doesn't focus on fixing a broken dog," says George. "We look for people who are interested in interacting with their dog, taking their relationship with their dog to the next level, and making their already great dog even greater."
On the first episode, George steps in to craft a training plan for Anne and her English cocker spaniel, Oliver.
Oliver learns how to save her manicure by plucking cash from her purse to pay the manicurist and, when he and Anne arrive home, grabbing the house keys to open their front door.
Then Kimberly's Bernese mountain dog, Bear, learns how to drop the toilet seat and flush on command whenever Kimberly's boyfriend or brother has failed to do so.
Another episode finds George furnishing tips on how to teach a bulldog to tend bar and an Australian shepherd to bowl.