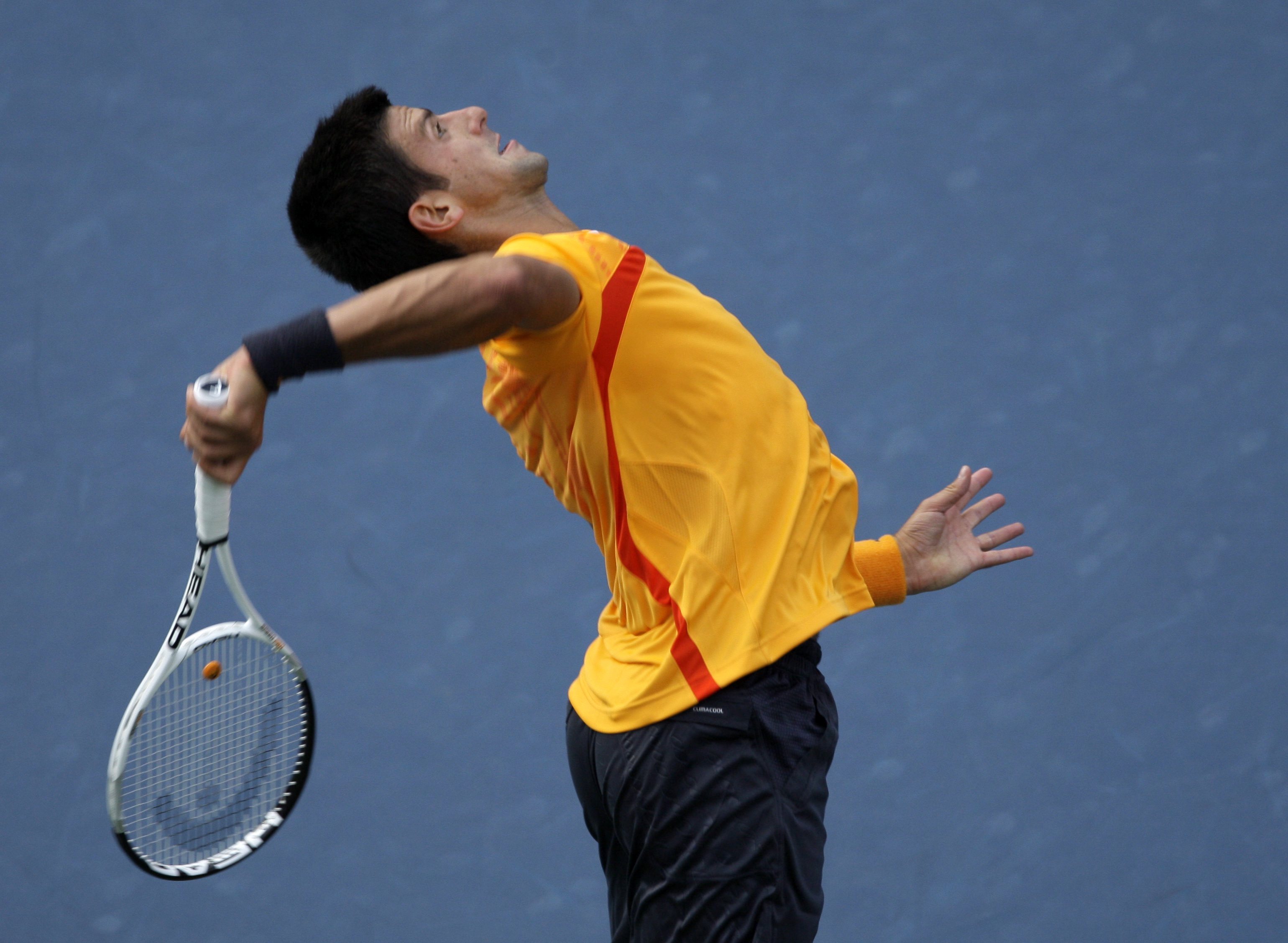 Roger Federer will play Novak Djokovic in the U.S. Open semi-finals tomorrow, their third consecutive clash at Flushing Meadows after the final of 2007 and the semi-finals of last year.
Top seed and defending champion Federer reached the last four for a record 22nd time in a Grand Slam tournament despite a stirring late show from Robin Soderling, winning 6-0, 6-3, 6-7 (6/8), 7-6 (8/6).
Fourth-seeded Djokovic won a dour, stamina-sapping encounter with Spain's Fernando Verdasco 7-6 (7/2), 1-6, 7-5, 6-2 to reach the semi-finals for the third consecutive year.
Federer, who is bidding to win a record-equalling sixth straight U.S. Open title here, looked to be cruising toward a comfortable straight-sets win before Swede Soderling, with nothing to lose, opened his shoulders and blasted away with his huge forehand.
He stunned Federer by bouncing back from 0-4 down in the third set tie-break to force a fourth set and in that, in another tie-break, he even had a set-point to take it all the way before Federer won the final three points of the match.
"It was so close towards the end and it's a great relief to come through because he played better and better as the game went on," he said.
Djokovic looked distinctly out of sorts for most of his match against the 10th-seeded Verdasco, losing seven games in a row from a set and 1-0 up.
But he dug deep to counter his big-hitting opponent and after the Serb took a two sets to one lead, the Spaniard started showing signs that he was struggling with a stomach muscle strain.