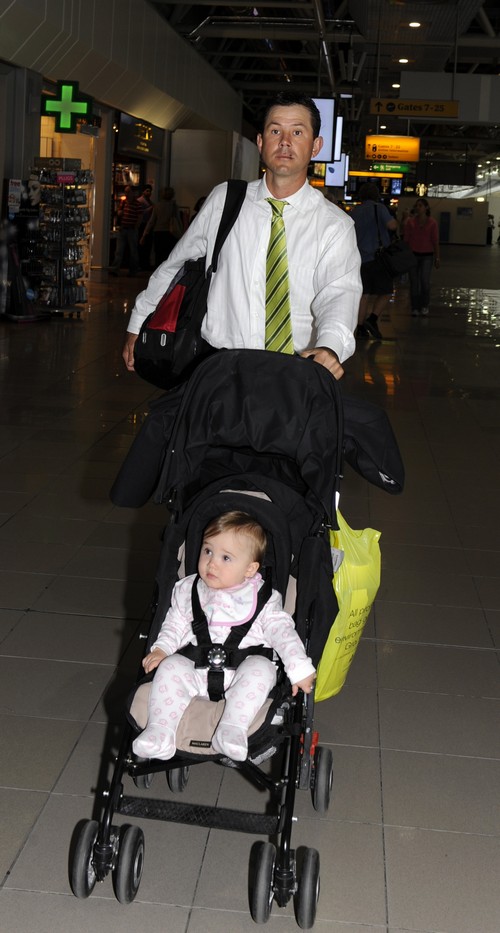 Australian cricketers refused to blame beleaguered captain Ricky Ponting for the deflating Ashes loss to England as they returned home yesterday.
Fast bowler Stuart Clark, one of a handful of players not required for a limited-overs series in England and Scotland, said calls to replace Ponting were "ludicrous."
"Ricky Ponting has got my full support and I think he's the best man to be captain," he told reporters at Sydney Airport. "I think it's ludicrous that anyone say anything other."
Opening batsman Simon Katich said the whole team must take responsibility for the second successive failure in England, both under Ponting, which toppled Australia from its long-held number one Test ranking.
"There was 11 of us out there that had an opportunity to win the Ashes - you can't just blame it on one person," he said.
"We had our chances throughout the whole five Tests. Unfortunately when those chances came around, whether it was Cardiff, Lord's, The Oval, we didn't grab them."
Cricket Australia has backed Ponting to stay in the job despite calls for Michael Clarke, Katich or even retired spin master Shane Warne to take over.
Meanwhile Ponting, who is due to arrive home later, insisted he "couldn't be more excited about the future" in an article for The Australian newspaper.
"While we had bad sessions at Lord's and The Oval which cost us both games, we completely dominated England at Cardiff and Leeds, showing there was little between the teams," the captain wrote.
"Coming off the back of our strong series victory in South Africa earlier in the year, I believe we're on the right track and our younger players can only get better with experience."
Australian media was left fuming over the defeat with most anger directed at the selection panel.
"What hurts more than seeing England partying after a stunning Ashes win? Seeing the Poms NOT hit the tiles after an Ashes triumph," said Sydney's Daily Telegraph, referring to England's toned-down celebrations.