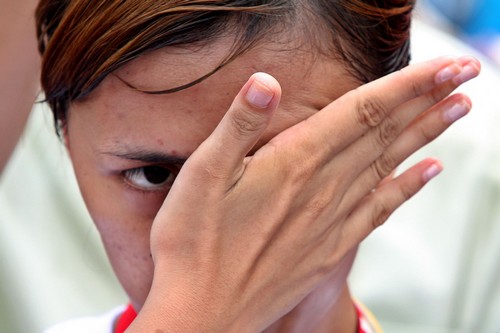 It will be up to the Legislative Yuan to decide the size of the government's post-typhoon reconstruction budget, Legislative Speaker Wang Jin-pyng said yesterday.
The Cabinet has proposed a package with a maximum price tag of NT$100 billion, but the opposition Democratic Progressive Party says NT$200 billion should be the minimum.
The Legislature began a three-day special session Tuesday to discuss the government's reconstruction bill.
According to statements Wang made to reporters yesterday, the gap between government and opposition was becoming narrower, with the ruling Kuomintang willing to consider going over NT$100 billion if the need arose. A consensus on the possibility was reached during meetings between representatives of the Presidential Office, the Cabinet, and the KMT in the margin of the legislative session, Wang said.
The method to be used in financing the eventual reconstruction bill also still formed a point of discussion yesterday.
Lawmakers were critical of a proposal to sell shares in the state-owned Land Bank of Taiwan to finance reconstruction. Bank union members protested outside the Legislative Yuan yesterday against government plans to sell NT$40 billion worth of stocks in the bank.
The protesters said Finance Minister Lee Sush-der should resign to take responsibility for the proposal because the bank sale would only bring in a sum it could earn in four years.
The Land Bank could earn an annual profit of NT$2.4 billion for the government, the protesters said.
The critics of the bank sale said the Cabinet should choose public borrowing as the better alternative to finance the reconstruction of the disaster area.
Despite the differences of opinion on the scale of the budget and the methods of financing, the Legislative Yuan reached an agreement yesterday that the government-appointed reconstruction committee could take charge of the reconstruction campaign.
Senior DPP lawmaker Ker Chien-ming told reporters he was satisfied with the progress made at the legislative session, adding the spirit of the opposition party's proposals could be found in the agreements so far.