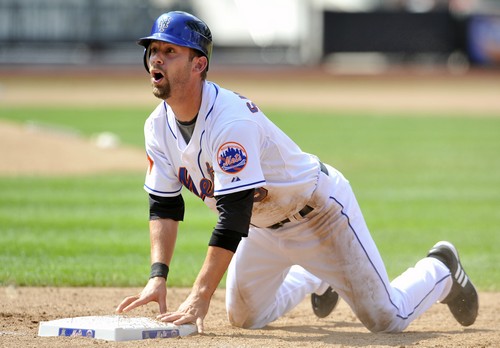 Ryan Howard homered twice and drove in five runs, and Cliff Lee won his eighth straight start as the Philadelphia Phillies beat the New York Mets 6-2 in the National League on Monday.
Lee (5-0) did not allow an earned run in seven innings, lowering his ERA with the Phillies to 0.68 in five outings since he was acquired in a July 29 trade with Cleveland. His record is 12-9 overall. One day after second baseman Eric Bruntlett became the second major leaguer to end a game with an unassisted triple play, the Phillies beat their injury-riddled rivals in more conventional fashion. Lee, last year's AL Cy Young Award winner, yielded six hits and no walks against a light-hitting lineup that featured Fernando Tatis (six homers) in the cleanup spot. The left-hander struck out five. Philadelphia took the final three in a four-game series and won for the 11th time in 13 games overall, increasing its NL East lead to seven games over idle Atlanta.
Brewers 7, Nationals 1: At Washington, Ryan Braun hit a two-run home run to jump-start a six-run sixth inning as Milwaukee took three of four games from the Nationals. The Brewers sent 11 batters to the plate in the sixth. Jody Gerut had a two-run single in the inning and homered in the eighth.
Yovani Gallardo (12-10) gave up one run on four hits and four walks in five innings. He struck out eight.
Nationals starter Collin Balester (1-4) had a career-high six strikeouts in five-plus innings.
Rockies 6, Giants 4, 14 innings: At Denver, Ryan Spilborghs hit a grand slam in the bottom of the 14th inning to give Colorado a victory over San Francisco that increased its lead in the NL wild-card race to four games.
The Giants had taken a 4-1 lead in the top of the 14th on Eugenio Velez's two-run triple and Juan Uribe's groundout.
But Brian Medders walked Dexter Fowler leading off the bottom half. One out later Justin Miller (2-2) relieved and gave up a one-out single to pinch-hitter Chris Iannetta. He then walked Troy Tulowitzki and Adam Eaton to make it 4-2. Merkin Valdez came on and Spilborghs homered into the Rockies' bullpen.
In AL games: Tampa Bay 12, Blue Jays 7; Red Sox 12, White Sox 8; Twins 2, Orioles 1; Indians 10, Royals 6; Mariners 3, Athletics 1; Tigers 10, Angels 7.